India is marching ahead under Prime Minister Narendra Modi and will continue to do so, Nadda said. 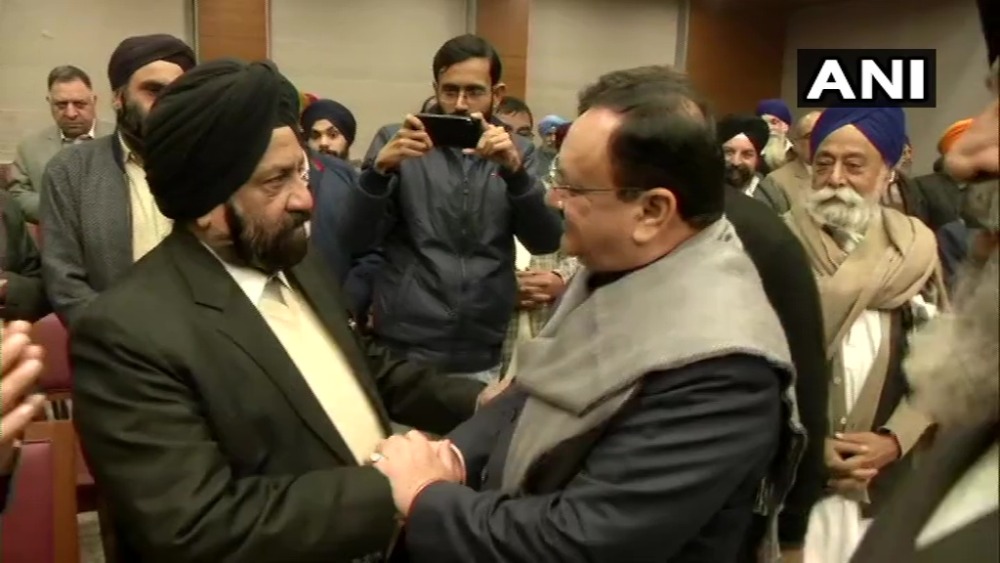 On a day when massive protests erupted in New Delhi and other cities of the country, Bharatiya Janata Party (BJP) working president, J.P. Nadda, met a group of refugees from Afghanistan and assured them that the amended Citizenship Law and the NRC will be implemented.

"India is marching ahead under Prime Minister Narendra Modi and will continue to do so. The Citizenship Amendment Act will be implemented, so will be the NRC in future," he said.

Nadda made these remarks after meeting Sikh refugees from Afghanistan, who under the amended act will become Indian citizens, and also slammed the opposition for protesting against the new legislation.

The refugees met Nadda at BJP headquarters in the national capital where protest marches against the new law were held. Several people, including activists, were detained by police.

Nadda said BJP's rivals are protesting for vote bank politics while ignoring the plight of minorities of three neighbouring countries living in India.

"Those who are opposing the citizenship law should meet them. These people have been living in India for 28-30 years but can't admit their children in schools or buy a house as they do not have citizenship. Our rivals cannot see anything beyond their vote bank politics," Nadda said.

People from various parts of the city converged near Sunehri Masjid in Old Delhi, after being pushed back by police from the historic Red Fort, to protest against the Citizenship Act.

After being pushed back, they converged near Sunehri Masjid, where slogans of 'Hum Honge Kamyaab', 'Inquilab Zindabad' filled the air.

Slogans of 'CAA Se Azaadi and NRC Se Azaadi' were also raised by the crowd, which included locals from Old Delhi and East Delhi and students.

Protesters were carrying the national flag. On a day, the national capital recorded the coldest day of the season, protesters, wrapped in their winter clothes, carried on their demonstration.