'The mandate is a clear majority for BJP, Shiv Sena, (and other allies) RPI, RSP, Shiv Sangram. The mandate will be respected. No one should have any doubt,' Fadnavis said at the event. 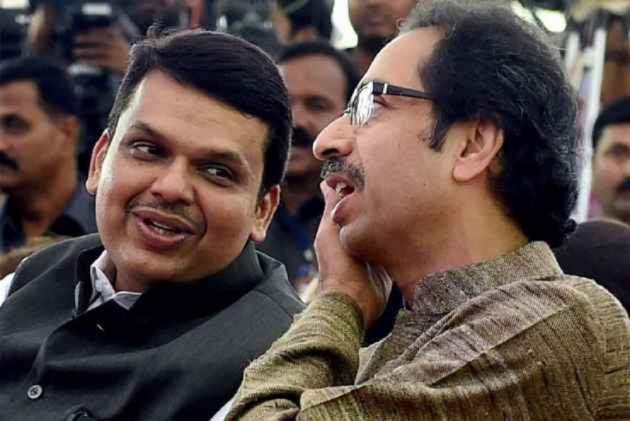 While the ally Shiv Sena is demanding equal share in power, Maharashtra Chief Minister Devendra Fadnavis on Saturday stressed that the BJP was the single largest party, and said the "BJP-led alliance" will provide a stable government.

The process of government formation will start after Diwali, Fadnavis said, addressing party workers at a Diwali gathering here.

With the BJP's tally reduced to 105, much below the halfway mark of 144 in the Assembly, the Shiv Sena, which has won 56 seats in the October 21 elections, has demanded "written assurance" that the BJP will honour "fifty-fifty" power sharing deal.

"The mandate is a clear majority for BJP, Shiv Sena, (and other allies) RPI, RSP, Shiv Sangram. The mandate will be respected. No one should have any doubt," Fadnavis said at the event.

"The BJP is the single-largest party as per the mandate. We will elect legislature party leader after Diwali and swearing-in of the new government will take place soon afterwards," he said, adding that the "BJP-led alliance will provide a strong and stable government".

The chief minister also said that the BJP's "strike rate" was better than in 2014.

This was the "highest strike rate by any political party", he added.

Even in Mumbai, the BJP's strike rate was the highest, he stressed.