BJP IT Cell Trying To Create Rift Between Me And Congress Leadership: Udit Raj

In conversation with Outlook, Congress leader Udit Raj says BJP is trying to create a rift between him and the party leadership by making #UditRajForCongressPresident trend on social media. 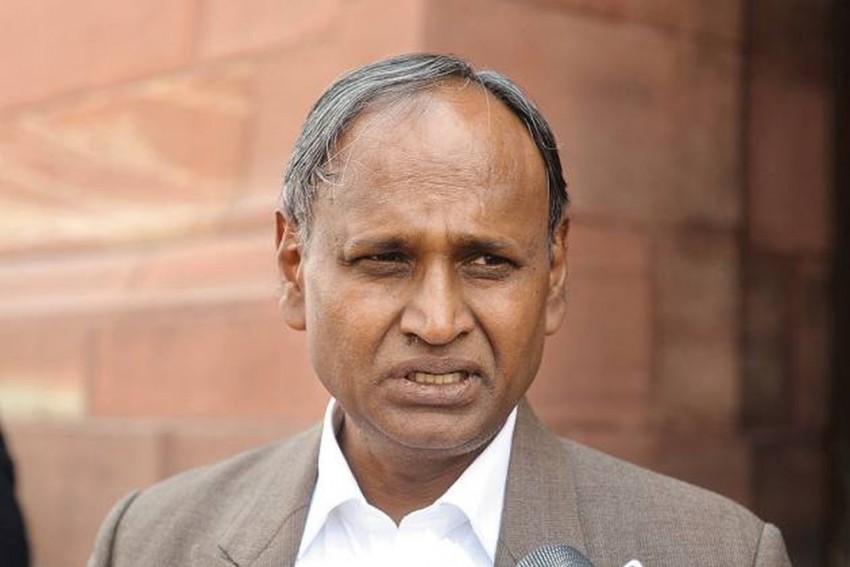 Days after the major reshuffle in the Congress party, social media has been abuzz with hashtags suggesting Dalit leader Udit Raj’s name for party’s President post. Raj, a former Bharatiya Janata Party MP from Delhi, joined Congress ahead of the 2019 Lok Sabha elections. Speaking to Outlook's Preetha Nair, the Congress leader said it’s the handiwork of BJP to create a rift between him and the party leadership. Excerpts:

Q) #UditRajForCongressPresident has been trending in social media after the reshuffle in Congress. What do you make of it?

This is the handiwork of the BJP IT Cell. They have posted disparaging remarks about me and the Congress leadership. It’s hooliganism at play. The BJP government has hijacked democracy and they are trying to silence people who raise a voice. My supporters are not behind this nasty job. It happened last week also. It’s difficult to counter them as they are doing it from fake ids. My team found out that there are thousands of people employed by the BJP IT cell to work round the clock to hurl abuses on me and other influential leaders, who dissent. Even If I tweet at 1 am or 2 am, there will be abuses and counter comments. My name is on their top list since I have a mass support base. The BJP government feels threatened by me.

Q) Why do you think the BJP is targeting you?

I took on Prime Minister Modi and Home Minister Amit Shah on many issues. I am among the very few leaders who did so. I have exposed the government’s failure in handling the pandemic and grave issues such as unemployment, privatisation, reservation, and the India-China standoff. That’s the reason they want to create a rift between me and the Congress leadership.

Secondly, my criticism harms BJP because I enjoy mass support and I expose their lies.

Q) Do you think the BJP is putting pressure tactics so that you return to its fold?

They are being narrow-minded and taking vengeance on my switching to Congress. That’s why they are pressurising me either to join back or to keep quiet. The BJP persuaded me even last month to join back the party and offered Rajya Sabha seat. There is no question of going back to the BJP. Even when I was in the BJP, I was vehemently critical of their wrong policies.

The government took away my security, which was provided in 2005 and was upgraded four years later. They are penalising my wife, who works as a Principal Commissioner of Income Tax Department in Ghaziabad. She wasn’t due for transfer and has been transferred to Kerala all of a sudden. They are trying to settle scores with me.

Q) Did Congress take cognisance of it?

I am going to take it up. I have informed Rahul Gandhi. I am yet to get a response probably because he is traveling.

Q) Your name did not figure in the list after the reshuffle. Does Congress give adequate representation to Dalit leaders?

Congress is much better than other political parties. But Congress needs to do more in terms of representation. The structure is changing. I hope that they will do more in the future.

Q) A veteran Dalit leader like Mallikarjun Kharge was dropped as general secretary...

But he is already a Rajya Sabha member.

Q) You quit BJP accusing the party of its anti-Dalit policies. Have you got due recognition in Congress?

After Rahul Gandhi resigned as the party president last year, there has been a delay in taking decisions. But I don’t think things will remain like this. Matters will be settled soon.

Q) Even after 23 leaders demanding changes in the leadership, things remain more or less the same. Are you happy with the state of affairs in Congress?

I feel that the Congress party has to be more pragmatic on many issues. I am sure Sonia Gandhi and Rahul Gandhi must have taken wise decisions and inducted the right kind of people. The BJP has no right to talk as they don’t conduct any election.

Q) In Uttar Pradesh, Congress is trying to appease the Brahmin vote bank. What is your take on it?

It’s true that Brahmins are not given a fair deal in UP. If you look at the number of people killed by encounters, Brahmins outnumber Thakurs. Dalits are not receiving a fair deal either. The state has become a laboratory of ‘Ram Rajya’. Dalits are tortured, victimised, and tortured on a daily basis. The backward community is denied equality, justice, and liberty everywhere in India.