One in two cannot survive beyond five hours without internet ... as India enters the digital era, a mysterious relationship between new technology and human behaviour grips the nation. Why is it so deadly? 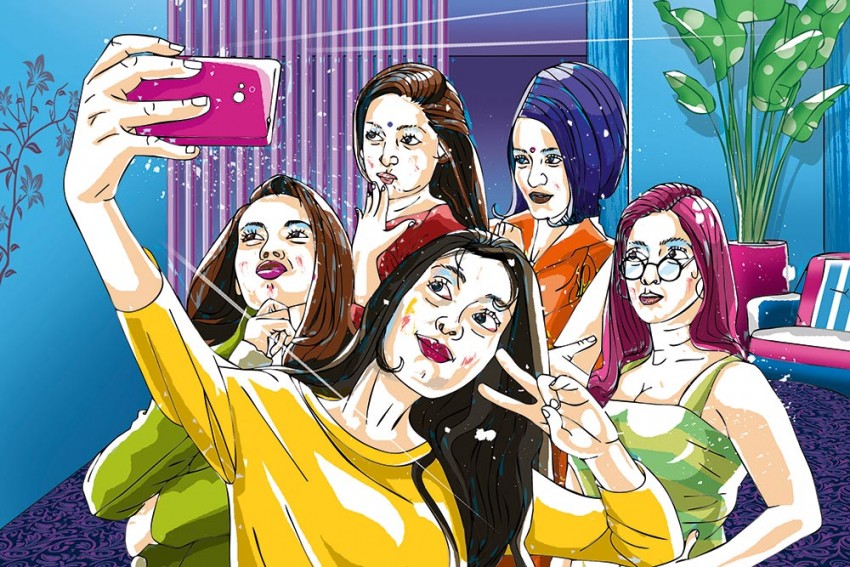 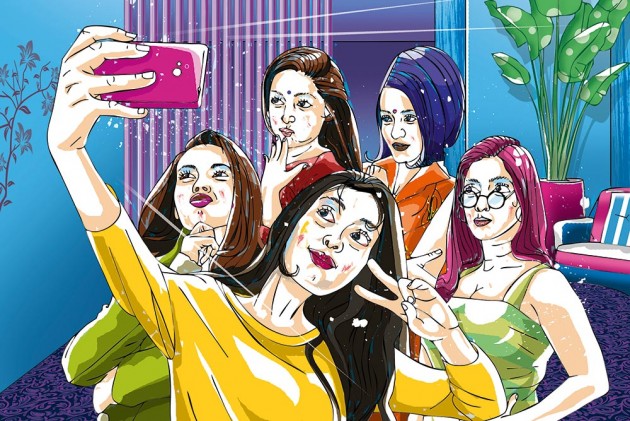 India may embrace technology with open arms, but doctors are worried about the range of behavioural aberrations they come across: from anxiety and irritability to sleeplessness, neglecting important activities, avoiding face-to-face interactions with family and friends, and drifting away from intimate relationships.

Powered by increased availability of bandwidth, cheap data plans and rising awareness driven by government programmes, India is witnessing the rise of a “new digital audience”, according to a 2018 report by analytics company ComScore. They jam each other’s phones every day with cheery “Good Morning” messages, unlike any other nation.

The average young Indian checks mobile phones 150 times a day, streams music for 1 hour 29 minutes and watches videos for 52 minutes, loads up their phones with 200 apps, whether to use or just for a lark, spends 23 hours a week texting. One in every three texts and talks even when they are driving. One in two cannot survive beyond five hours without internet. And like 95 per cent mobile-toting Indians, their device is their lifeline.

In the first study of its kind, experts from AIIMS, Bhopal and IIT-Kanpur have shown that 50 per cent selfie deaths in the world occur in India. “No-selfie zones should be declared across tourist areas, especially places such as water bodies, mountain peaks and over tall buildings,” they have pointed out.

“Most sufferers don’t realise they have a problem and most don’t seek treatment,” says Dr Manoj Kumar Sharma, associate professor of clinical psychology, who set up India’s first digital detox centre at NIMHANS—the SHUT clinic or Service for Healthy Use of Technology. The disorders are often not severe enough to cause functional impairment, although in severe form they can be devastating, leading to loss of judgement, insight and control.

Reports do the rounds: sometimes, of a Mumbai college student making 150 calls a day to a girl from 64 different phone numbers; sometimes, of a Delhi husband filing a divorce suit for his wife’s relentless late-night chats on WhatsApp; sometimes, of a Bangalore youth for his obsessive need to watch Netflix videos for seven to 10 hours a day.

Queues outside doctors’ chambers are getting longer with distraught parents. They complain of falling academic grades of their children, sudden behaviour changes, and avoiding friends, family outings, food or sleep. Doctors from AIIMS and Maulana Azad Medical College in Delhi report pathological mobile use among 56 per cent young professionals, college and school students.

Here are 11 syndromes that affect your daily health:

FoMO OR Fear of Missing Out: The relentless fear that something’s happening and you’re missing out. A major research by Oxford University documents how FoMO is linked to general discontent, social anxiety and stress.

Phantom Ringing Syndrome: Your brain makes you think that your phone is ringing even when it is not.

Nomophobia Or ‘no-mobile phobia’: It’s the anxiety that arises from not having access to one’s mobile device, and ranges from an uncomfortable feeling to full-blown anxiety due to tech deprivation.

Cybersickness: People feel disoriented and nauseous from a virtual environment. It happens when our brains get tricked into motion sickness, when we are not actually moving.

Facebook Depression: It’s caused by social interaction, or its lack, especially among young people that is directly linked to the amount of time they spend on Facebook. It happens when other people post only good news about themselves—vacations, party pics, fun etc—that creates the false belief among others that everyone else is leading far happier and successful lives than you (when this may not be the case at all).

Internet Addiction Disorder: Also called ‘problematic internet use’, it happens to those who use the internet excessively and compulsively, so much that it interferes with one’s daily life.

Online Gaming Addiction: An unhealthy need to access online games. The American Psychiatric Association has given it the status of a unique disorder, similar to gambling addiction.

The Google Effect: We tend to forget a lot of things simply because our brain knows that all answers are only a few clicks away—on Google.

Truman Show Delusion: A kind of narcissistic behaviour, a feeling of being persecuted along with a sense of being very special, it happens to overly connected people, who lead a lifestyle based on reality TV and social media.

Here are seven digital injuries that may wreck you:

RADIATIONS from phones are said to be harmful. They can cause infertility in men and also brain cancer, according to several studies.

CERVICOGENIC HEADACHES caused by neck tensions as you crane your head forward over the screen. That creates intense pressure on the front and backs of your necks. It can become severe, leading to a condition called Occipital Neuralgia in some cases.

TEXT NECK is repeated stress injury and pain in the neck from excessive watching or texting on hand-held devices over a sustained period of time.

TEXTING THUMB occurs when the tendon sheath of the long flexor muscle of the thumb gets inflamed. It can lead to long-term pain and permanent damage.

TEXT CLAW, when fingers get cramped and muscles sore, curved or bent after continuous texting, scrolling or gaming.

SELFIE ELBOW in the hand with which you take too many selfies may lead to repetitive loading of muscles around elbow, micro ruptures, inflammation and recurrent pain

OCCIPITAL NEURALGIA, in which the occipital nerves, running from the top of the spinal cord up through the scalp, are inflamed or injured due to constant bad posture involved in checking out mobile phones. It can become very serious and painful.