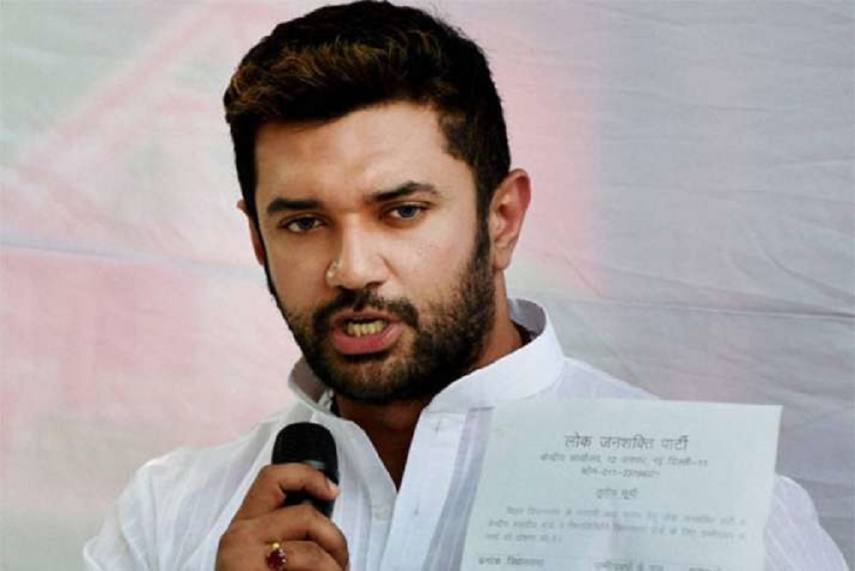 Stunned by the overnight rebellion by his uncle, Pashupati Kumar Paras – now a cabinet minister in the Narendra Modi government – Chirag Paswan has now set out to mend ties with other estranged members of his family in Bihar.

Chirag has completed the first leg of his “Ashirwad Yatra”, which he launched from Hajipur, his father, late Ram Vilas Paswan’s traditional constituency on his 75th birth anniversary. On the last day of his yatra, he visited his ancestral home at Shaharbanni village in Khagaria district to seek the blessings of his stepmother, Raj Kumari Devi, who lives there.

Raj Kumari Devi is the first wife of the former Union minister Paswan, who had divorced her in 1981 and later got married to Reena Sharma, the mother of Chirag. Paswan had two daughters, Usha and Asha, from his first marriage. While Paswan lived in Delhi and occasionally visited his ancestral place, the two families did not share the best of relations in his lifetime.

But Chirag appears to be restoring ties with his ‘badi maa (elder mother)’ and her daughters in an apparent bid to convey a message to his constituents that the Paswan family remains united despite the 'great betrayal' of his chacha, as he puts it.

At his ancestral home, Chirag was in tears while meeting his stepmother, who blessed him and told him not to worry. She reassured him that everything in the family will be alright soon.

Interestingly, the Paras faction of Lok Janshakti Party had organised a ceremony to celebrate Paswan’s birth anniversary but Raj Kumari Devi is learned to have stayed from it. Instead, she attended a parallel ceremony organised by the local RJD leaders, making it abundantly clear that she is by the side of Chirag amid the ongoing power struggle in the party founded by Paswan.

Chirag had also landed at the house of his stepsister Asha after he returned to Patna on July 5 for the first time after Paras was recognised by Lok Sabha Speaker Om Birla as the parliamentary party leader of LJP. Moved to tears by Chirag’s gesture, Asha welcomed him with open arms and showered rose petals on him. He also met his other sister Usha during his visit.

For the record, Asha and her husband Anil Kumar Sadhu had had a bitter feud with Paswan and Chirag after he was denied the party ticket to contest the assembly polls in 2015. Both of them later joined the RJD. Asha had even threatened to contest the polls against her father Paswan from Hajipur. Their relations remained sour till Paswan’s demise in October last year. While Paswan’s body arrived at Patna airport, she and her husband had alleged that they were not allowed to enter for his last glimpse. In protest, they also staged dharna where Sadhu alleged that politics was being played out even on a sad occasion.

Chirag, however, wants to leave the past behind and is apparently keen on having cordial relations with all the family members of his family, especially after the rebellion of Paras. He says that when he needed the family’s support the most, his uncle stabbed him in the back.

The 38-year-old leader, who will resume his yatra soon, apparently wants to convey that his family is solidly behind him in his fight against his uncle. He also wishes to underline that he, not his uncle, is the genuine inheritor of Paswan’s legacy.

Paras, however, could not care less about Chirag’s bid to win over the family’s support. He claims that he is blessed with the political legacy of his brother, though Chirag has the right to inherit his father’s properties.

Both Paras and Chirag have to project themselves as the true inheritor of Paswan’s legacy to further their politics in Bihar. It will be interesting to see who will ultimately be the chosen one as the flag-bearer of Dalit politics in Bihar. The jury is still out.