Home  »  Website  »  National  »  Besides Coronavirus, Protection Of Liquor Bottles In State-run Stores Is Another Task For Tamil Nadu Authorities

Besides Coronavirus, Protection Of Liquor Bottles In State-run Stores Is Another Task For Tamil Nadu Authorities

With liquor shops shut since March 25 and black market rates being three times the regular price, alcohol-thirsty tipplers have been hunting for their daily fix. 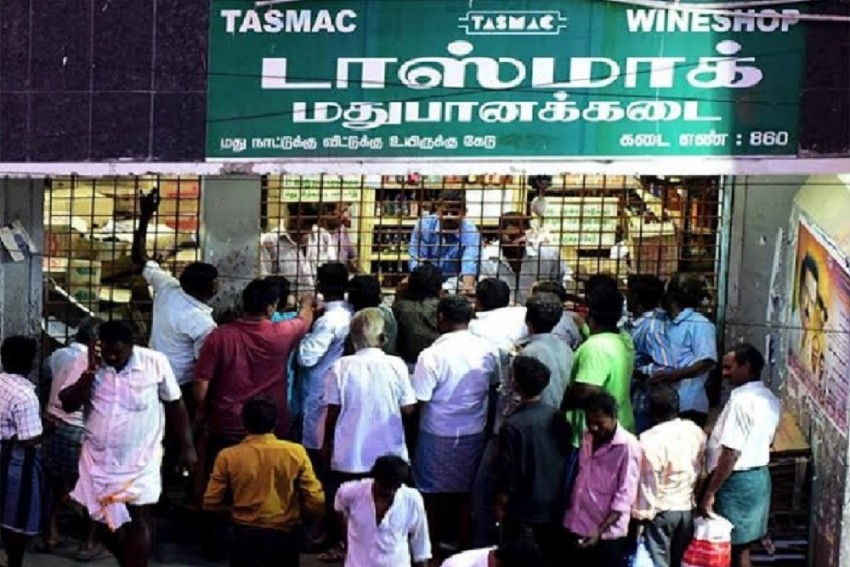 A TASMAC store in Tamil Nadu.
G.C. Shekhar April 06, 2020 00:00 IST Besides Coronavirus, Protection Of Liquor Bottles In State-run Stores Is Another Task For Tamil Nadu Authorities 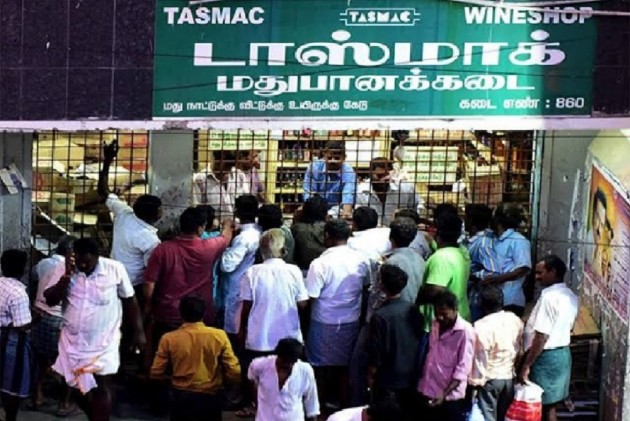 At a time when the nationwide lockdown has compelled people to have just enough of essential items, it's slightly different for Tamil Nadu, where the most protected commodity is the liquor bottles stacked up in about 5,300 state-run TASMAC stores.

With liquor shops shut since March 25 and black market rates being three times the regular price, alcohol-thirsty tipplers have been hunting for their daily fix. Following their failure to locate a supplier, now they have chosen to target TASMAC shops located in remote areas of the state. At least a dozen attempts to break into TASMAC shops, especially those located in villages or less-populated suburbs, have come to the notice of the police.

In Thiruvallur district near Chennai, two people were caught sneaking out of a TASMAC shop with a haul of liquor bottles. They had made a hole in one of the walls of the shop using crowbars but villagers assembled and nabbed them following the noise created by the tool. In the same district, four employees of another TASMAC shop opened the shop and were smuggling the bottles when the locals caught them. The excise officials shifted the stock in 16 outlets in the district to marriage halls.

In some cases, even the guardians have turned raiders. Last week in Madurai, not only did a police constable allow a liquor shop to open illegally for a while but also stocked up his weekly quota. When the incident was reported, he was suspended and the liquor shop manager went underground.

On Sunday, three TASMAC employees opened their store in Athipet village in Madurai district and stole three dozen liquor bottles, which they proceeded to sell at five times the listed price. Tipped off by the villagers, a police team caught hold of the three and seized the liquor.

With liquor stocks facing threat not just from tipplers but also a few unscrupulous TASMAC employees -- 35,000 of them work in state-run liquor shops -- the government is now shifting the stocks to marriage halls in the middle of a town or city where the police could guard them.

According to officials in the state excise department, stocks in over a thousand vulnerable shops have been relocated to marriage halls and secured with armed police.

“Since the other shops are located in populated areas of towns and cities, we have asked the police to increase patrolling in those areas,” said an excise official.

Those TASMAC shops that continue to store their stocks have been asked to strengthen their front shutters and if necessary erect additional steel barriers. The state-run TASMAC shops earn Rs.33,000 crores per year as revenue for the government. This year the revenue is bound to take a hit due to the corona lockdown.

Coronavirus Can Last On Face Masks For One Week, On Banknotes For Days: Study