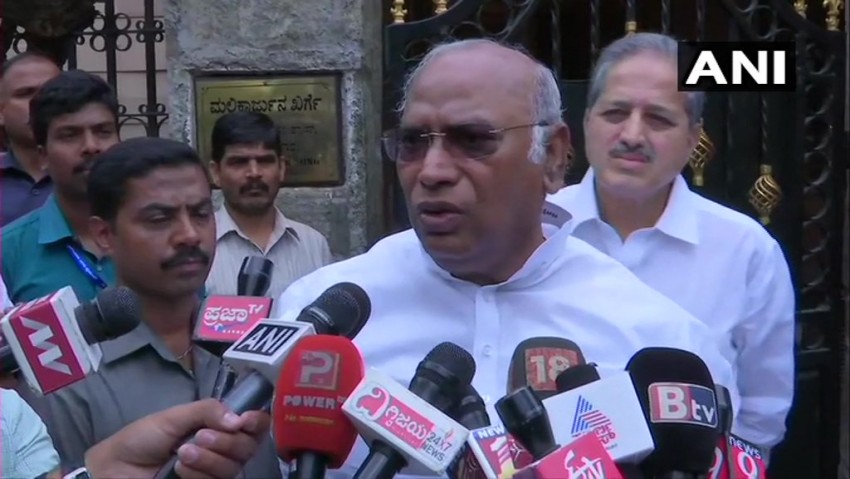 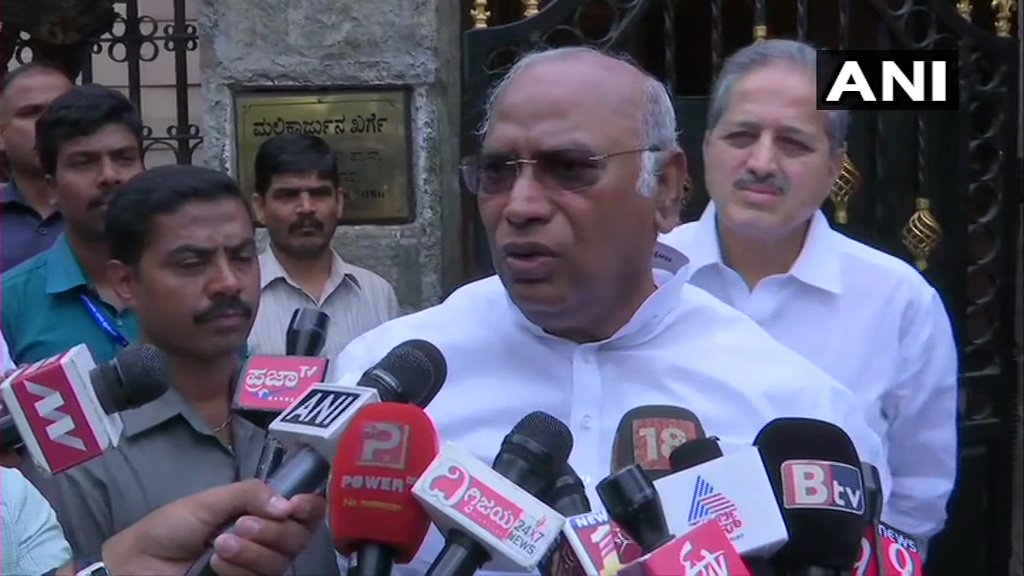 Senior Congress leader Mallikarjun Kharge on Sunday said the BJP was behind the political crisis in the state after 13 MLAs of the ruling Congress-JD(S) coalition resigned on Saturday. The MLAs were flown to Mumbai and lodged at a hotel there.

Kharge said he wants the alliance to run smoothly in the state.

On being asked about are reports about the possibility of him being made the state's chief minister, Kharge said, "I do not know. I want this alliance government to continue. We want that this should go on smoothly. These are all flimsy information being fed to the press just to divide us."

Responding to resignation of party strongman Ramalinga Reddy, Kharge said, "Ramalinga Reddy ji is a senior leader and a Congressman. For long he has been holding Congress's fort in Bengaluru. Let us see what his grievances are and what we can do."

Kharge alleged the BJP is engineering defections to overthrow governments in states not ruled by the saffron party.

Meanwhile, Karnataka BJP denied party’s role in the resignations of 13 lawmakers saying the internal feud between the ruling allies was responsible for the political instability in the state.

Speaking to reporters, BJP's state unit President and former Chief Minister B.S. Yeddyurappa said, “You know about the political developments. Let's wait and see. I do not want to answer to what HD Kumaraswamy and Siddaramaiah say. I am nowhere related to this.”

The Congress-JD(S) government in Karnataka kas struggled with infighting since it came to power in May last year. Both the JD(S) and the Congress have been plagued by dissension over allocation of ministerial berths and distribution of Lok Sabha seats. The cracks became deeper after the BJP swept the Lok Sabha polls in the state.

The troubled ruling coalition, which has a strength of 118 in the 224-member Assembly, faces the risk of losing majority if the resignations of the lawmakers are accepted.