With 118 members, the ruling bloc would lose majority in the 224-member Assembly if the resignations were accepted. 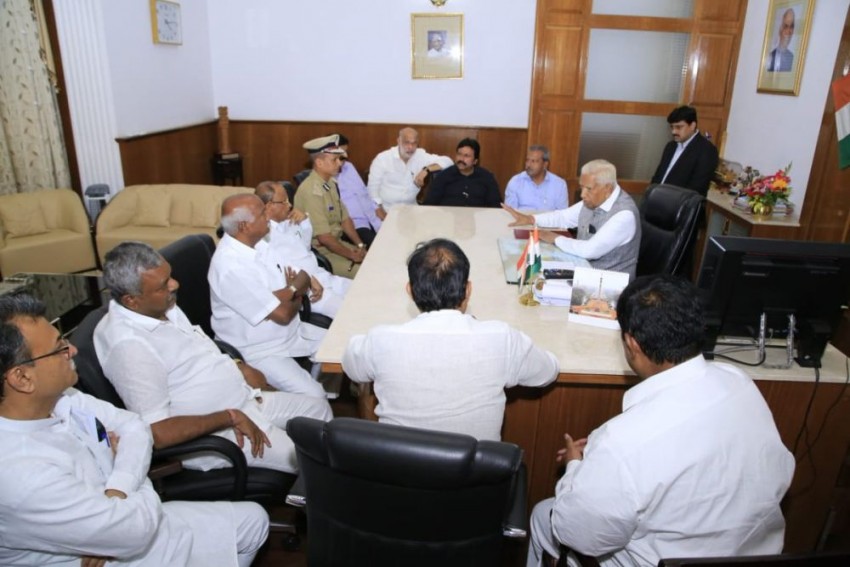 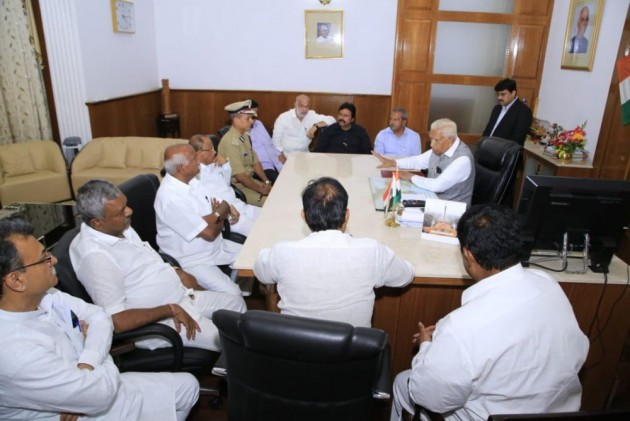 There seems to be no end in sight to the political turmoil in the ruling Congress-JD(S) coalition as another 13 legislators resigned from the assembly pushing the Karnataka government to the brink of collapse.

With 118 members, the ruling bloc would lose majority in the 224-member Assembly if the resignations were accepted.

The crisis had been brewing ever since the BJP swept the parliamentary polls in the state and deepened as the group of MLAs reached the Speaker's office to put in their papers and later met Governor Vajubhai Vala at the Raj Bhavan.

"Fourteen MLAs from Congress and JD(S), including Anand Singh, have submitted resignation from the Assembly to the Speaker," JD(S) MLA A H Vishwanath said after meeting the Governor.

However, Assembly secretariat sources told PTI that a total of 13 MLAs have put in their papers, including Singh who submitted his resignation to the Speaker earlier this week.

Vishwanath accused the coalition government led by Chief Minister H D Kumaraswamy of failing in its duty and denied that the BJP was behind the revolt.

"The government failed to coordinate with the MLAs...and take them along. It has also failed to live up to the expectations of the people," he said.

On the charge that the BJP was trying to poach MLAs to destabilise the government through "Operation Lotus (BJP's poll symbol)", he said it is "a figment of your imagination".

"There is no BJP angle to it. We are all seniors. No operation can happen...we are resigning voluntarily against the apathy of the government," he said.

Later in the day, Congress spokesperson Randeep Sujewala launched into a tirade against the BJP saying, "A new symbol of horse trading politics has emerged in the country, MODI - Mischievously Orchestrated Defections in India.'

On Saturday evening, Surjewala addressed the media and said the BJP had failed to digest the defeat it received at the hands of Congress-JD(S) in Karnataka over a year ago.

"They are using their financial might to buy our legislators," he alleged.

The JD(S)-Congress coalition's total strength, including those who have put in their papers, is 118 (Congress-78, JD(S)-37, BSP-1 and Independents-2), besides the Speaker.

Assembly Speaker Ramesh Kumar, who was not in his office when the legislators went there Saturday, said "whether the government will fall or survive" would be decided "in the Assembly".

The Speaker told reporters, "11 of them have submitted resignation letters. I told officials to take the letters and issue acknowledgement...on Tuesday I will go to office and take further action in accordance with rules."

Later, Congress MLA Munirathna (Rajarajeshwari Nagar) put in his papers, the Assembly secretariat sources said. He was also seen with the rebel MLAs outside the Raj Bhavan.

To questions on the future of the government, the Speaker said, "Let's wait and see, I have nothing to do with it... Whether the government will fall or survive, it will be
decided in the Assembly..."

As a last-ditch bid, Congress's "troubleshooter" and Minister D K Shivakumar met the legislators and tried to convince them.

The ruling coalition leaders had expressed fear that the BJP would try to destabalise the government after the Lok Sabha election results. The Congress and the JD(U) managed to win just one seat each in the state having 28 Lok Sabha constituencies.

The BJP bagged 25 seats and an Independent supported by it won from Mandya.