The BJP, which had set a target of winning 75 seats ahead of the polls, is leading in 38 seats, while the Congress is ahead in 32 constituencies. 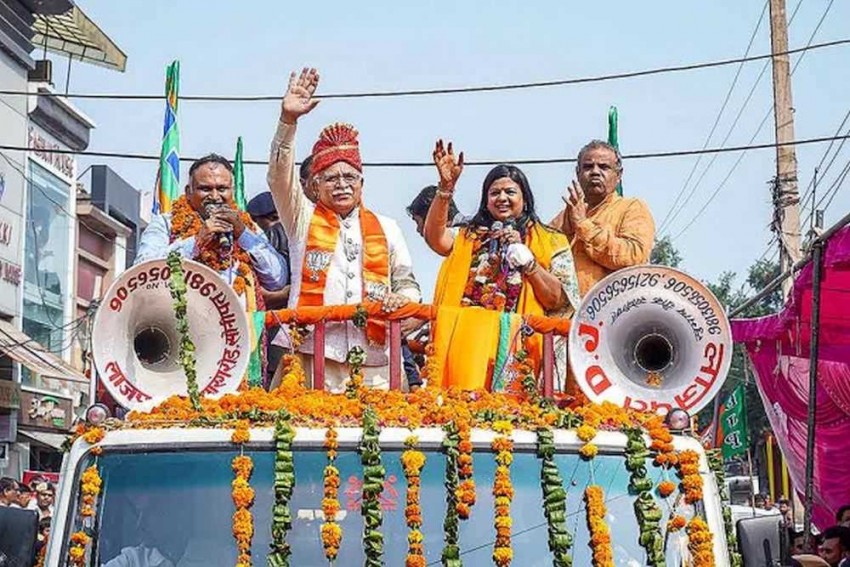 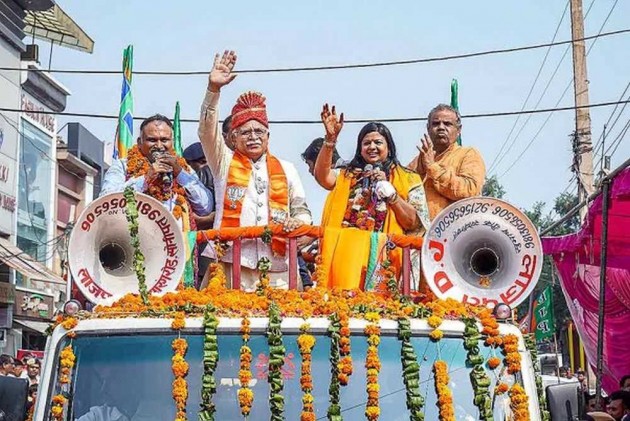 Seven ministers are trailing as both the ruling BJP and the Congress are locked in a tough contest on Thursday with no party looking set to attain majority on its own in the 90-member assembly, according to the latest trends.

The BJP, which had set a target of winning 75 seats ahead of the polls, is leading in 38 seats, while the Congress is ahead in 32 constituencies. The fledgling Jannayak Janta Party, which fought its maiden assembly polls, is also ahead in 10 seats.

If the trends hold, the JJP could likely emerge as the kingmaker and hold the key to formation of the next government.

The Indian National Lok Dal is ahead in two seats, while the Bahujan Samaj Party and the Loktanter Suraksha Party are leading in one constituencies each, according to the latest trends.

JJP leader Dushyant Chautala said "this shows there was a huge anti-incumbency against the Khattar government".

Asked about which party the JJP give support, he said: "It's too early to say anything. We will first summon a meeting of our MLAs, decide who would be our leader in the House and then take it further."

Dushyant Chautala took a swipe at the Bharatiya Janata Party's "Mission 75", saying the saffron party would fall way short of their target. "People of Haryana want change," he told reporters.

Chief Minister Manohar Lal Khattar has attained a comfortable lead over his nearest Congress rival from the Karnal constituency.

In what appears to be a setback to the BJP, seven of its ministers, assembly Speaker and state party chief are trailing.

Speaker Kanwar Pal, a BJP legislator from Jagadhri, and state BJP president Subhash Barala, who is seeking re-election from Tohana, are also trailing, according to the trends.

Among the sportspersons fielded by the BJP, former Indian hockey captain Sandeep Singh and wrestler Babita Phogat are leading, while wrestler Yogeshwar Dutt is trailing.

Commenting on the initial trends, Hooda exuded confidence that Congress would form the government in the state.

As the trends showed no clear winner, state Congress chief Kumari Selja said the people of Haryana had rejected the ruling BJP and was ready to "embrace a new dawn of justice".

Congress spokesperson Randeep Singh Surjewala, who was initially trailing, is now ahead with a slim margin of 293 votes in the Kaithal constituency.

Other senior leaders of Congress who were ahead include Geeta Bhukkal, Raghubir Singh Kadian and Capt Ajay Yadav's son Chiranjeev Rao.

Raj Kumar Saini, chief of the Loktanter Suraksha Party, is ahead in the Gohana segment.

Congress candidate and former BCCI chief Ranbir Singh Mahendra was trailing from Badhra constituency, where the JJP's Naina Chautala is ahead.