This was the first public speech made by Murmu after assuming office as the first Lieutenant Governor of Jammu and Kashmir, a Union Territory now, on October 31. 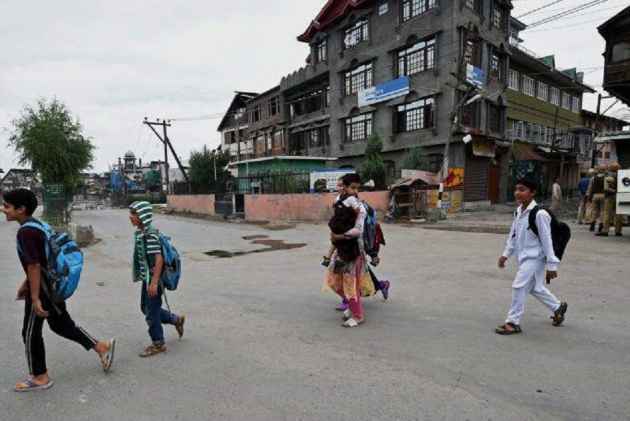 Jammu and Kashmir Lieutenant Governor Girish Chandra Murmu on Thursday said that elections for the assembly of the Union Territory will be held soon.

"Union Territory of J&K has an assembly for which the election will be held soon," Murmu said at the passing out parade of police at Talwara, Reasi in Jammu region. The process to hold the election has already begun," Murmu said.

He said he was hopeful that like Lok Sabha polls, people will also participate in the assembly polls.

"You (police) will have an important role to play in upcoming elections," he added.

This was the first public speech made by Murmu after assuming office as the first Lieutenant Governor of Jammu and Kashmir, a Union Territory now, on October 31.

In a historic decision, the BJP government at Centre revoked Article 370 on August 5 and split Jammu and Kashmir into two UTs of J&K and Ladakh.

The Centre is grappling with the issue of filling the political vacuum after the move on Article 370.

Most of the important political leaders of Kashmir like Farooq Abdullah, Omar Abdullah and Mehbooba Mufti are still in detention since August 5.

Around 50 other leaders from different political parties are also under detention at Centaur Hotel which has been declared as a sub-jail.

Efforts by the BJP to fill the political vacuum have so far not met with success.

The Centre is in contact with leaders like Altaf Bukhari, Muzaffar Hussain Baig of the PDP, Usman Majeed of the Congress and others. The four leaders were recently invited on lunch hosted in honour of Members of European Parliament (MEPs) who visited Kashmir on October 29.

The MEPs met several groups of people with little standing in public.