Dozens of cattle, birds, monkeys, and dogs have died in Bundelkhand in the past two weeks due to scarcity of water in soaring heat. 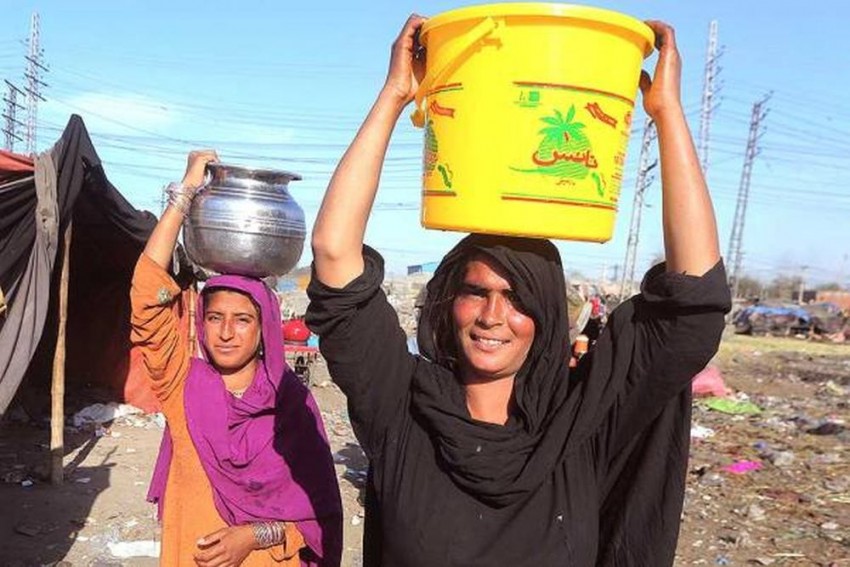 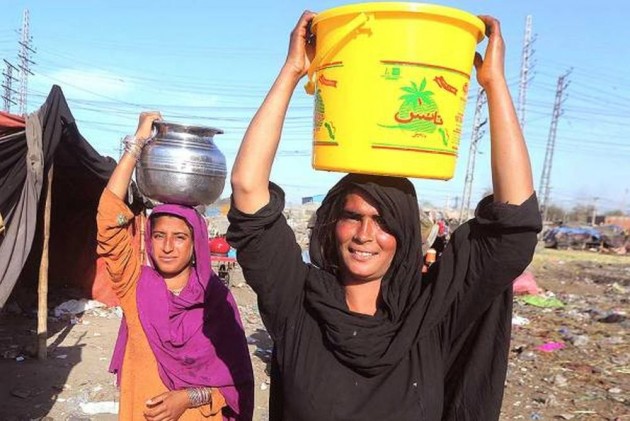 Wells and hand-pumps have dried up, ponds have disappeared, the water table has receded, and Bundelkhand in Uttar Pradesh is now fighting for water.

The few water sources that remain are becoming the proverbial bone of contention among the people and water riots are being reported from the rural interiors of Bundelkhand.

The state government, however, denied that there is any law and order problem due to water shortage in this region.

"Whenever a water tanker comes, people fight among themselves to get their share of water. We have seen family members fighting among themselves. On several occasion, people have had to intervene when the arguments turn physical. Water riots are becoming increasingly common in the area," said Khurshid Alam, a journalist.

In Badhauli village, two days ago, an elderly woman and her grandson were seriously wounded when they went to fill water from a tap, which had been connected to a submersible pump by the owner.

"The owner refused to let them take water and when they insisted, he got his men to beat them with sticks. Both have suffered head injuries. We understand the owner's point of view too - he cannot allow the entire village to draw water from his tap - but the administration must also step forward and deal with the situation," said Babu Lal Kushwaha.

The officials in Banda district headquarters deny having any information on such clashes.

A large number of weddings in Bundelkhand have also been postponed due to paucity of water. Some have even been cancelled.

Devi Dayal Pandey of Jalaun district said: "My son's wedding was cancelled because the girl refused to walk 2 km every day to fetch water. She said that she would not marry my son because our toilet is also non-functional - how can we use the toilet where there is no water supply?"

Dozens of cattle, birds, monkeys, and dogs have died in Bundelkhand in the past two weeks, but officials said that they have no information about this.

"This is a usual situation at this time of the year. The water supply is affected because the water table has receded and we send water tanker whenever there is a demand for one. The heat wave conditions are extreme and we hope to get rainfall soon which will bring respite from power and water shortage," said an official in Banda.

The Executive Officer of Orai Nagar Palika, Sanjay Kumar, said that water tankers were being sent to areas that faced severe water crisis.

Bundelkhand has five rivers - Betwa, Yamuna, Kunwari, Satlej and Pahuj - but most of them have seen a depletion in water over the years.