Farmers’ Protest Enters Day 10, Fifth Round Of Talks On With Centre 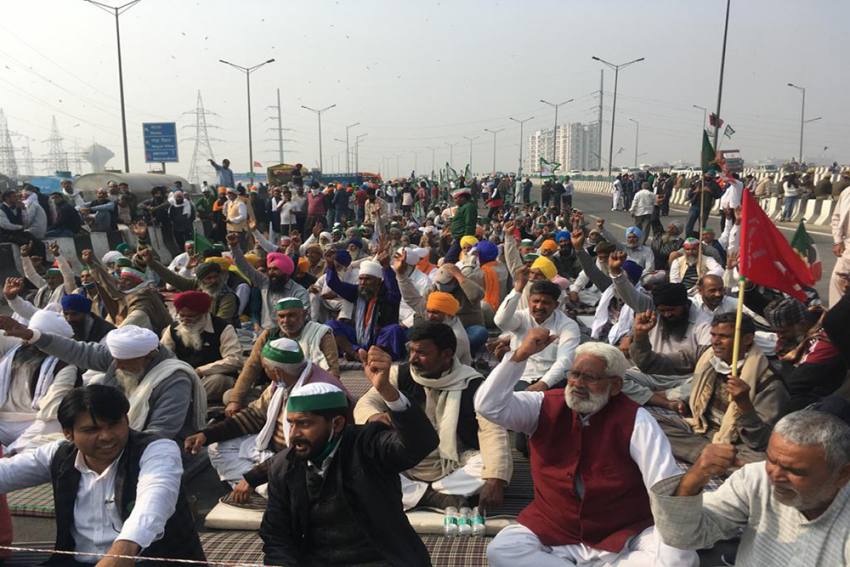 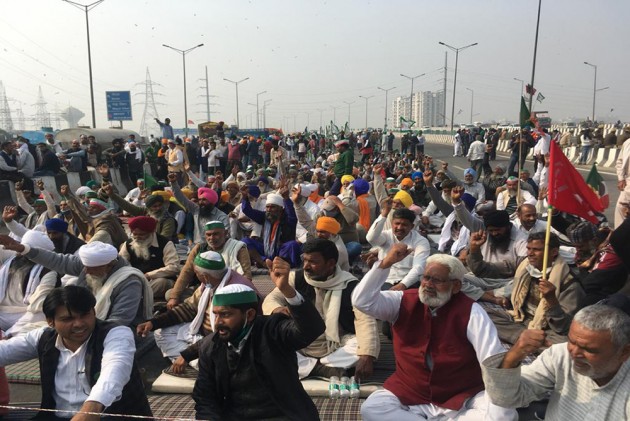 Farmers' groups met three Union ministers on Saturday for the fifth round of talks amid the ongoing protests over the Centre's new farm laws.

Union agriculture minister Narendra Singh Tomar, Railways, commerce and food minister Piyush Goyal and minister of state for commerce Som Parkash, who is an MP from Punjab, are holding talks with the representatives of 40 farmers' unions at the Vigyan Bhawan in the national capital.

Talks between the Union ministers and a representative group of thousands of agitating farmers failed to yield any resolution on Thursday, as the union leaders stuck to their demand for the repeal of the three laws.

Farmers' groups on Thursday had even refused the lunch, tea and water offered to them during the almost eight-hour-long hectic parleys.

Outside the meeting venue, employees of the Indian Tourist Transporters Association (ITTA), which has supplied vehicles for the transit movement of the protesting farmers, were seen holding a banner which read 'we support farmers' and shouting slogans backing the peasants' agitation.

"I belong to a farmer's family. I can relate to their fears. We had farmland at Mahipalpur and now you see T-3 terminal out there. We are supporting the protesting farmers in their cause," IITA president Satish Sehrawat told PTI.

He said the association is providing transportation facility to the farmers since their first meeting.

Bharatiya Kisan Union (BKU) Rajewal state general secretary Onkar Singh Agaul said: "Our demand is same that the government should withdraw all three farm laws. We want MSP should be guaranteed through law".

He also sought the scrapping of electricity amendment law and an ordinance on stubble burning.

Ahead of the crucial meeting with the protesting farmer organisations, Union ministers, including Rajnath Singh and Amit Shah, met Prime Minister Narendra Modi to deliberate over proposals likely to be made to the agitating groups, sources said.

Tomar and Goyal were also present in the meeting with the prime minister, they said.

Earlier, Rajnath Singh and Amit Shah were leading deliberations among Union ministers to resolve the issues raised by the agitating farmers.

Modi’s decision to hold deliberations with Union ministers, who have so far been the face of the Centre’s efforts to end the farmers’ agitation, signifies the importance the prime minister has attached to defuse the crisis, the sources said.

This is the first time that Modi has held a meeting with his ministers over the issue.

On Friday, the farmers announced a 'Bharat Bandh' on December 8 and threatened to intensify their agitation and block more roads leading to the national capital if the government does not accept their demands.