"My Seditious Heart" collects Arundhati Roy's entire work spanning over two decades since the author first decided to devote herself to the political essay as a way of "opening up space for justice, rights and freedoms in an increasingly hostile environment." 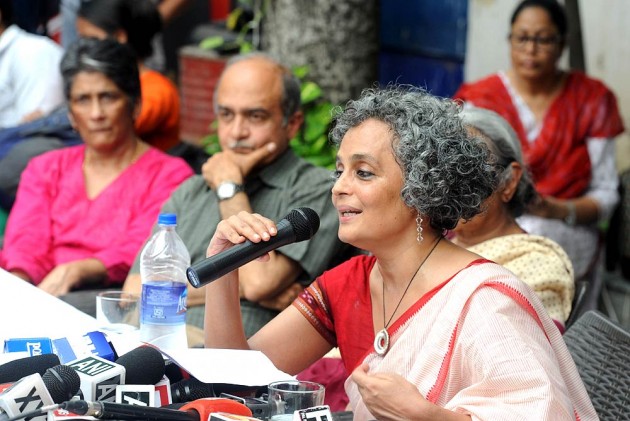 The book, "My Seditious Heart", collects the entire works spanning over a period of two decades since the author first decided to devote herself to the political essay as a way of "opening up space for justice, rights and freedoms in an increasingly hostile environment."

Best known for her debut novel "The God of Small Things", which won the 1997 Man Booker Prize and catapulted her to fame, Roy is also author to several non-fiction books including "The End of Imagination", "The Algebra of Infinite Justice", "Listening to Grasshoppers", "Broken Republic" and "The Doctor and The Saint".

"Radical and readable, they speak always in defence of the collective, of the individual and of the land, in the face of the destructive logic of financial, social, religious, military and governmental elites," said the publisher in a statement.

When taken together these essays trace Roy's journey from her first book to her last "The Ministry of Utmost Happiness" - a journey marked by compassion, clarity and courage, it added.

Roy came out with her second work of fiction "The Ministry of Utmost Happiness" in 2017 after a hiatus of 20 years. Longlisted for the 2017 Man Booker Prize, the book has been translated into nearly 50 languages, including Hindi and Urdu.