Lawyers say most of the people charged under the PSA have been detained on grounds of “likely to disturb public order,” in accordance with Section 3 of the Act, which has been described by the Amnesty International as a “lawless law”. 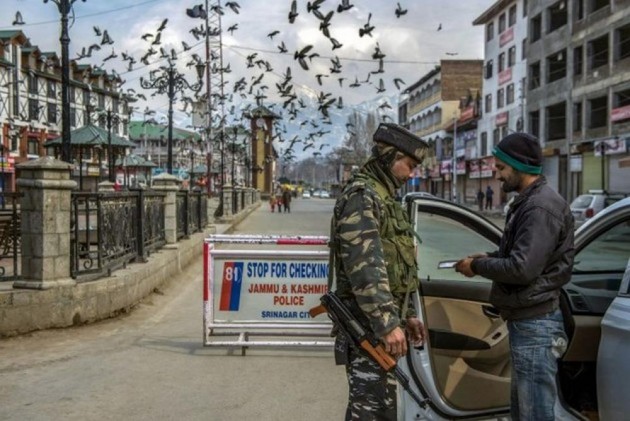 Jammu and Kashmir Government has invoked the Public Safety Act against hundreds of people across the state to justify preventive detentions. But dossiers prepared under the PSA, also called grounds of detention, indicate that people have been booked for alleged offences in the past.

Lawyers here say that most of the people charged under the PSA have been detained on grounds of “likely to disturb public order,” in accordance with Section 3 of the Act, which has been described by the Amnesty International as a “lawless law”. This may amount to “thought” crimes, according to the lawyers. Relatives of people, detained under the law and shifted to jails outside the state, say they haven’t been given any information about their whereabouts.

On August 5, the BJP government abrogated Articles 370 and 35A of the Indian Constitution and bifurcated Jammu and Kashmir into two Union Territories amid large scale arrests and communication blackout in the State. Since then, there has been no let-up in the arrests.

The PSA dossier of 63-year-old Mohammad Yaseen Dar of Ompora, Budgam reads: “You have been of a fundamentalist bent of mind since your childhood.” Dar has been accused of being the chairman of Peoples’ League from 2007 to 2010. Citing past FIRs against Dar, the dossier says that there are sufficient inputs that he is again likely to worsen the prevailing situation.

“It has been observed in the past that you always take advantage of precarious conditions and add fuel to fire,” says the grounds of detention, adding: “The imminent danger is quite palpable of your doing acts which are detrimental for a general peace. The track record and the conditions that are prevailing right now are such that it can be reasonably predicted that you are going to commit criminal acts which would be highly detrimental to the maintenance of public order in the district.” Dar was arrested under the PSA on August 29.

In the case of twenty-three-year-old Arif Ahmad Sheikh from Batmaloo, the PSA dossier prepared by the Deputy Commissioner of Srinagar’s reads: “The subject belongs to a middle-class family and has obtained education up to 5th primary. The subject misused his liberty and indulged in various activities which are prejudicial to the maintenance of public order.”

It further states: “Looking at the situation from a broader perspective, it appears that under a well-knit conspiracy, the subject and his associates are intentionally resorting to such activities which disturb public peace and these elements challenge the sovereignty and integrity of the country by following aims and objectives of secessionists.” He was arrested on August 8.

The grounds of detention of 19-year-old, Umar Ahmad Dar, arrested on August 14, cite one case of stone-throwing on August 19. It describes him as a sponsor of militants.

For sixteen-year-old Abrar Ahmad Ganai, a minor from Srigufwara Anantnag, a petition has been filed in the High Court seeking his release. Ganai was arrested on August 4 after he was asked to appear at a police station. The petition says he was detained illegally in the police station and then shifted to Srinagar’s central jail and booked under the PSA. His uncle says he had been shifted to someplace outside Jammu and Kashmir. The boy had been charged under the PSA on the basis of an FIR of 2018. The government now says it has revoked his detention order.

Fifty-year-old Atiqa Bano is the only person in her house in Maisuma locality of Srinagar. Her 22-year-old son, Faisal Aslam Mir, was arrested by the police on August 5. “I went to the police station and was told by the SHO that he would be released within a few days. Then he was taken to the DC office and from there to the Central Jail, Srinagar. On Eid day, when I went to the jail to meet him, he was not there. I was told he had been taken outside,” says Bano, showing scores of prescriptions of doctors that describe her son as having a number of ailments.

“My husband is dead and he is my only son. They have taken him from me. I have no one in this world,” says Bano. She was preparing a bag full of clothes for her son at time of this conversation. “I will give it to any person who is going to UP. In case they locate my son, they will give these clothes to him. My son might need these clothes as the winter has set in,” says the mother.

She maintained that her son was doing a private job and was not involved in any protest. “In the past, he was involved in protests, but he had that given up. Don’t know why he was arrested,” she says. In one of the prescriptions, a doctor has described Mir as suffering from schizophrenia.

In his PSA dossier, the District Magistrate of Srinagar has accused Ronga of being affiliated to the Hurriyat Conference led by Mirwaiz Umar Farooq. The charges say that being a lawyer by profession Ronga had been “looking for criminal cases which were sub-judice against the separatists.” Ronga has been accused of “organising seminars, rallies and formulate various programmes” allegedly “aimed at creating large scale law and order problem during the 2008, 2010 and 2016 unrests.”

Ronga is also accused of being vocal against “abolishing Article 370 and 35A of the constitution of India and also against bifurcation” of erstwhile J&K State. “Your capacity can be gauged from this fact that you were able to convince your electorate to come out and vote in huge numbers during poll boycotts,” the charges say.

The charges against Qayoom are that “over a period of time he has emerged as one of the staunchest advocates of secessionist ideology.” Qayoom has been accused of “giving calls” as Kashmir Bar President, during the 2008 agitation when massive protests broke out against the transfer of forest land to Shri Amarnath Shrine Board. Lawyers say no fresh charges had been levelled against Qayoom or Ronga and hundreds of others who have been booked under the PSA.

According to a senior lawyer, the Kashmir Bar Association General Secretary, Mohammad Ashraf Bhat, was arrested after he issued a notice that the lawyers should plead cases of the PSA detainees and other people arrested since August 4 in the Kashmir Valley.