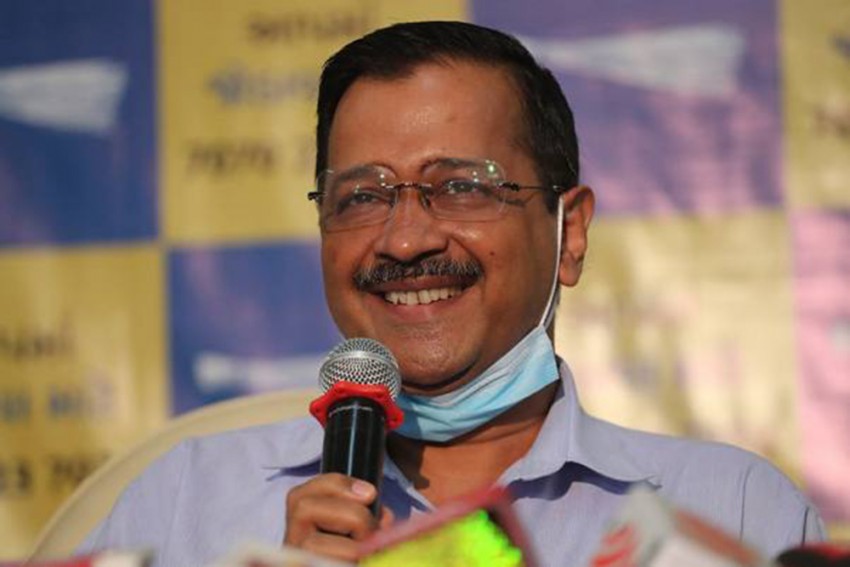 Ahead of the Assembly elections in Punjab and Uttar Pradesh early next year, the Aam Aadmi Party (AAP) seems to have embarked on its avowed mission of expanding the party’s footprints beyond Delhi. Just after its thumping victory in Delhi elections in 2020, Kejriwal has signalled his ambition to spread wings and to contest Assembly Elections in Uttarakhand, Goa, Himachal Pradesh, Gujarat besides Punjab and UP.  These elections are also a matter of survival for the eight-year-old party, which is at loggerheads with the BJP government at the Centre over various issues of governance in the capital.

The immediate focus of AAP would be Punjab, where it has emerged as a substantial player in the 2017 Assembly election after garnering 20 out of the total 112 seats it contested.  As the principal opposition party in the state, winning this election would be central to its ambition of going national.

Delhi Chief Minister Arvind Kejriwal’s recent announcement of providing free electricity to Punjab, if voted to power should be seen as the party’s main poll plank on the lines of Delhi model governance. Early this week, Kejriwal, the party’s national Convenor, also promised that unpaid power bills will be waived off and an uninterrupted power supply will be maintained if AAP wins.

As the Captain Amarinder Singh-led Congress government faces heat over the increased power tariffs and unfulfilled the promise of free power, Kejriwal’s promise of freebies is being interpreted as a strategy to appease the voters.

Taking a cue from its past organizational and political blunders, the party has also announced that its chief ministerial candidate would be from the Sikh community. In the 2017 election, AAP faced flak for not naming a CM face.

Party leaders say that it is an opportune time for the AAP to realize its dream of winning Punjab, which it had lost in 2017. Political observers say that it is an open secret that despite surveys indicating AAP’s victory last time, the SAD’s last-minute vote transfer to Congress thwarted AAP s dream win. The crisis in the ruling Congress will give a fat chance for the AAP, say commentators.

As the feud between CM Amarinder Singh and Navjyot Singh Sidhu shows no sign of abating, AAP will spare no effort to capitalize on the political flux. The other players Shiromani Akali Dal (SAD) and the BJP are also at a disadvantage as they suffer a huge trust deficit with the voters on account of the contentious farm laws and ongoing farmer’s protests. Though SAD severed its ties with the BJP last year, its image has taken a beating, they say.

Political analyst Neerja Chowdhury says that as Congress seems to be on a suicide mission, the political impasse is likely to work to advantage for AAP.

“There is a window of opportunity for the AAP. Kejriwal has quickly jumped into the electricity issue. It will please the protesting farmers also. Kejriwal enjoys huge credibility as he has delivered in Delhi on water and power promises,” says Chowdhury. However, a series of desertions over the last seven years and the lack of strong leadership will cast a shadow on its prospects, she adds.

Praveen Rai, a political analyst with the Centre for Study of Developing Societies (CSDS) says that AAP is at a striking distance to power in Punjab if the stalemate in Congress is not solved till next year. Rai feels that if AAP wins Punjab, Kejriwal has the potential of emerging as an alternative to the BJP at the national level.

“If Kejriwal gets Punjab, he will have the electoral strength and political muscle to present him as an alternative to the BJP. All the talk is now revolving around Mamta Banerjee, but she has the limitation of language. In Kejriwal's case, his politics resonate with every section,” says Rai adding that if AAP decides to take the sulking Sidhu into its fold, the party will become an unstoppable force in this election.

Analysts also believe that the party’s growth was curtailed as AAP’s Delhi leadership failed to cultivate more local leaders except for Bhagwant Mann.

AAP may not be able to derive substantial dividends on poll-bound state Uttar Pradesh, where it is vying to make inroads, commentators said.  Like in other poll-bound states, in UP too, the party is engaged in building its organizational strength by contesting in local body elections.

Though its Rajya Sabha MP Sanjay Singh has been actively raking up various issues and conducting frequent tours to the state is going to be a long haul for them, says Chowdhury. The party is also trying to build support from the protesting farmers in both UP and Punjab, who is going to be a decisive force in the upcoming polls.

To add muscle to the party unit, it is also planning to enroll one crore members in the state under a drive 'UP Jodo Abhiyan' starting from July 8.

“In UP, AAP’s effort will be to gain as much power and vote share as possible. It is going to be a tough game for the party against contenders like BJP, SP, BSP, and the Congress,” says Rai.

In UP, the party neither has a strong organizational network nor prominent leadership like its challengers. The party will have to strive hard to strengthen its organizational base in the most populous state, which is dominated by caste equations, feels Chowdhury

“AAP has no dedicated caste group or vote base supporting them. They aren’t going to be much of a player this time. Even BSP took a long time to establish itself in UP,” she says.

The party’s foray into Uttarakhand is also seen as pitching itself as an alternative to the main players BJP and the Congress in the state. In 2014, though AAP contested in the five Lok Saba seats, it drew a blank. The debacle hasn’t dampened the spirits, says an AAP leader. On the other hand, frequent visits and meetings held by Delhi Deputy CM Manish Sisodia have helped the party to make its presence in the state, says the leader. The party is also trying to highlight its Delhi model governance in health, education, and public transport in the state.

“It is hard work to become a national party But AAP has shown an ability to work hard. They are spreading their footprints in other states in a deliberate, thought-through strategy,” Chowdhury.

AAP is also taking the fight to Prime Minister Modi’s home turf Gujarat, which will go to the polls towards the end of next year. The party got a shot in the arm after winning 27 seats in the Surat municipal corporation in the Gujarat civic polls early this year. Beating Congress to the third position in Surat municipality is a major feat, said an AAP leader.

In states like Gujarat, AAP is trying to occupy the space created by the crisis in Congress party, say observers.

“If AAP wins Punjab, it will have resonance in Gujarat and other states like Goa. Gujarat results will depend more on Punjab. In the last election also, it was the same scenario,” says Rai. Another poll-bound state Goa is also very much on AAP radar says a leader.