AAP Govt Keeps Hurling Accusations Against Centre Only To Conceal Its Own Mistakes: Delhi BJP Chief 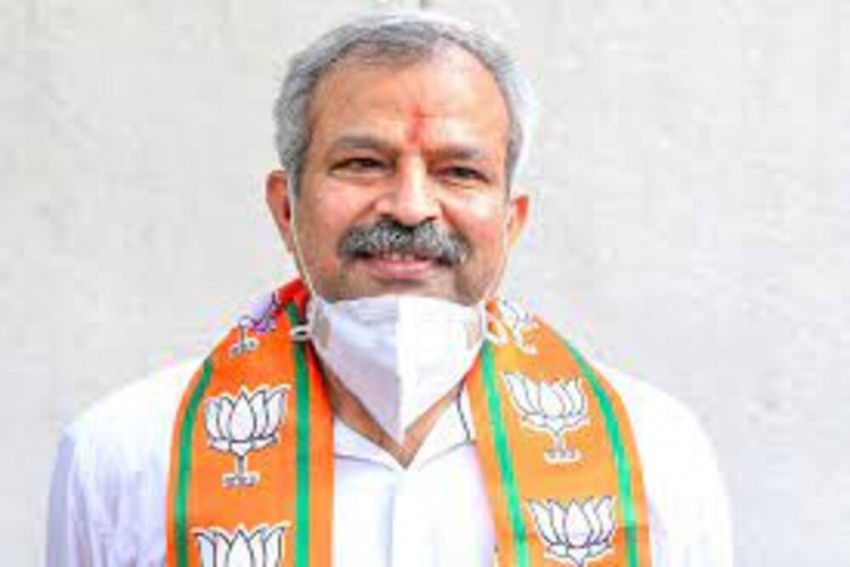 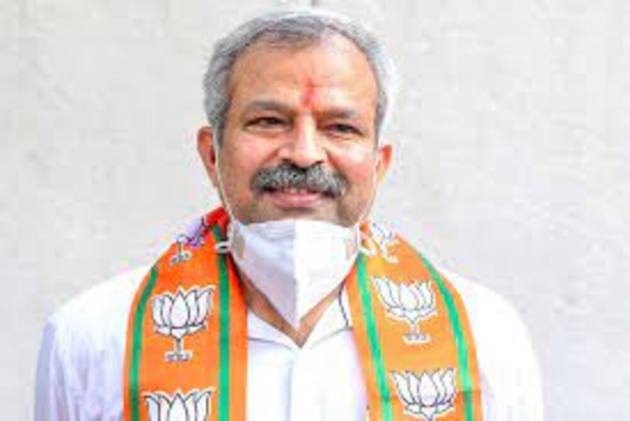 During the second wave of Corona, with the collapse of the healthcare system in the Capital, and now the shortage of vaccines, allegations and counter-allegations have started between the Centre and the Aam Aadmi Party (AAP) government in Delhi. The Delhi unit of the Bharatiya Janata Party has made several serious allegations against the Arvind Kejriwal government. Prashant Srivastav of Outlook spoke to State BJP President Adesh Kumar Gupta on the various important issues concerning the people of Delhi. Edited excerpts:

Now the Covid-19 infection in Delhi is decreasing, has the Kejriwal government been successful in controlling the virus?

Reducing infection is a matter of great relief, but we should not let our guard down. I want to tell the Delhi government that we should be fully prepared for the third wave and should not make mistakes like the second wave. People had to face a lot of problems due to the negligence of the state government. There was negligence at all levels -- from administrative to the management of the virus.

Everyone has seen the situation in Delhi regarding oxygen. Hospitals took arbitrary money from patients, people could not be tested, and there was a severe shortage of medicines. The common people had to bear the brunt of this. Health services in Delhi are entirely the responsibility of the Delhi government. There is no intervention of anyone else in this. But the government failed to make preparations in time.

You are saying that the Delhi government could not make preparations, but they say that earlier the Centre did not cooperate for oxygen, and now there is the same attitude towards the vaccines as well.

The Aam Aadmi Party only does accusatory politics. Delhi has got the maximum oxygen per capita basis in the country. Here, 61 metric tonnes of oxygen was allocated per 10,000 people. Whereas in other states it was only four, 18 or 20 metric tonnes. The problem was not the availability, but the management, in which the Delhi government completely failed. Their nodal officers could not work properly. Initially, they could not even provide tankers to deliver oxygen to hospitals.

The mismanagement can be understood from the example of the Inox company. The company was delivering 105 metric tonnes of oxygen in 45 hospitals. The Delhi government on April 24 took out an order that the company would deliver oxygen to only 17 hospitals. The remaining 28 hospitals will be managed by the Delhi government. As a result, in those 28 hospitals, many people died without oxygen. This is a case of complete criminal negligence.

There is a shortage of vaccine in the whole country, not just in Delhi...

It is not easy to vaccinate such a big country in one go. That is why the government has taken important steps. Till now, only Serum Institute and Bharat Biotech were supplying vaccines in India, but now the market has been opened up for others. At the same time, both companies are also increasing production. By August, around 50 crore doses of vaccines will be produced in the country. Between August and December, there will be enough production to vaccinate everybody. That won’t be a mean achievement. In such a situation, the Delhi government should not spread fear.

Do you think the issue of oxygen shortage has been resolved?

It is not such a big problem now with the Corona cases having gone down substantially. When there were more cases, everyone saw the malpractices. The government should be completely cautious for the future. Take the example of ventilators. The Delhi government did not buy a single ventilator. The central government had given around 800 ventilators to Delhi. Nobody knows what they did with them.

There is still time. I don’t think there will be any problem if the Delhi government makes proper use of its existing resources. The Delhi government has a health budget of 10 thousand crores. A lot of work can be done, but only if they are interested. They are only engaged in publicity.

How do you see the statement made by Chief Minister Arvind Kejriwal on Singapore regarding the third wave?

Before answering this, I want to take you back a little. The AAP has only acted to spread fear among the people of Delhi. When the first wave came, their minister said that by August 31, Delhi will have 5.50 lakh cases. This created a panic situation and people started leaving Delhi. Then they raised the fear of oxygen and vaccine shortage. It is their job to spread fear among the people. The Singapore statement is also part of the same.

Is the Delhi government prepared to fight the black fungus now?

Black fungus is growing very fast. One of my relatives got the black fungus infection, and I contacted the Delhi government as he needed one injection. I called a senior Delhi government official and he said he would arrange for it. I sent him the prescription. But he called after some time, saying he could not arrange for it. The shortage of medicines has already started. The government has not yet set up a separate hospital for black fungus. Black fungus has not yet been declared an epidemic even as cases have increased. Preparation of the government is not good.

There is black-marketing of medicines and the needy are not getting it. The Delhi government says that the Centre did not increase the production of medicines, that’s why the shortage.

I have complete data about how many Remdesivir injections and how much oxygen the Delhi government got. Navneet Kalra, who has been arrested for hoarding oxygen concentrators and selling them in black, also had connections with the people of AAP. If the AAP ministers and MLAs were black-marketing Remdesivir, how could the public get it? It is clear that the Delhi government machinery was involved in corruption. They kept thinking how to turn this disaster into an opportunity. For them it was an opportunity to make money.

Will you bring evidence of this corruption?

Absolutely, we have started holding press conferences. We have raised the issue of rationing. We will keep highlighting the shortcomings of the government with facts – from Oxygen supply to price capping.

Why is there always a tussle between the Central and Delhi Government? The BJP-led central government recently introduced a new law to strengthen the powers of the Lieutenant Governor (LG), which raises questions on the Centre’s intentions.

The problem of Delhi government is that it does not do its work and questions the work of others. The AAP does politics on everything. They should at least avoid politicizing issues at the time of an epidemic. They work on a strategy to create illusions, and taking credit for the work done by the Centre.

Delhi government has announced compensation for the people killed or orphaned by Coronavirus. Do you believe it is right?

The MCD is under the control of the BJP. Why are there problems arising due to delay in salary?

The Delhi government discriminates against the MCD. The government has delayed paying the money to the corporation during the epidemic. Payments of salaries have been delayed due to this. We got the money after demanding several times. Similarly, Corona Warriors working with the MCD should also be given a compensation of Rs one crore, but the Delhi government is discriminating in this too.

Can you say it with surety that the Central Government does not discriminate against Delhi as compared to other BJP ruled states?

Of course, I can say with full assurance that there is no discrimination against the Delhi government. The way other states are being given medicines, oxygen, ventilators, vaccines, etc., in the same way, Delhi is also getting it.