Pakistan added one more defeat to their already dismal record in the Cricket World Cup against India, taking it to 7-0 in favour of the arch-rivals following their humiliating 89-run loss at Old Trafford, Manchester on Sunday, and Shoaib Akhtar has picked out skipper Sarfaraz Ahmed for a special treatment 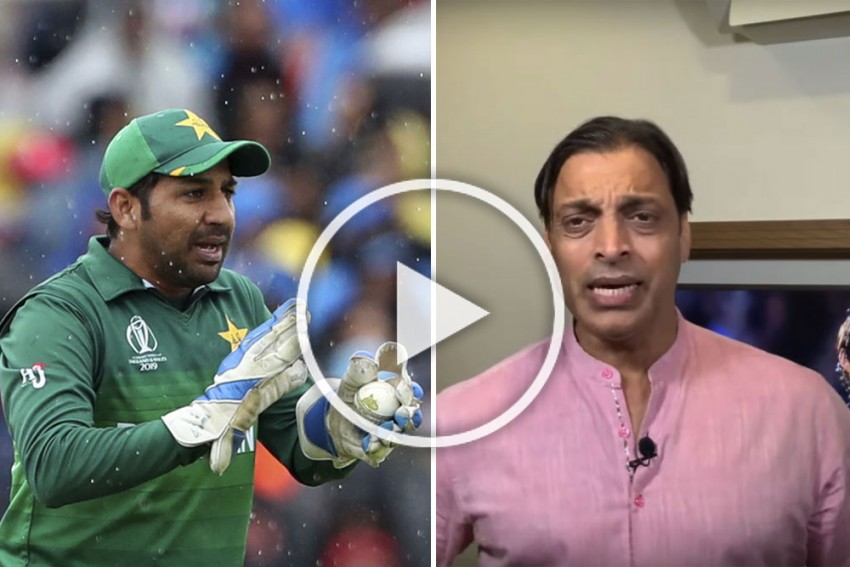 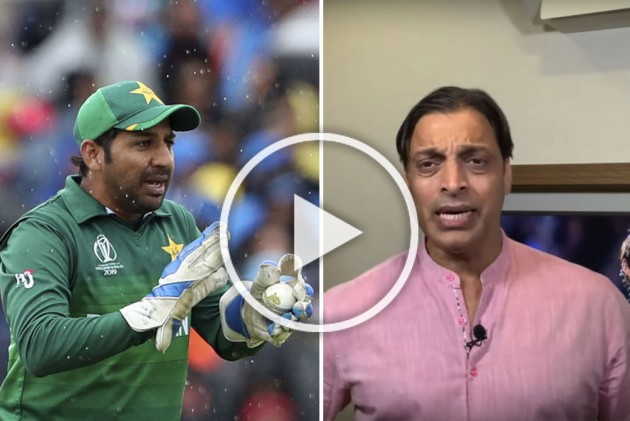 "I don't understand how can a captain be so brainless, couldn't Sarfaraz think that we don't chase well. Square of the wicket is dry, the wicket is not wet. Knowing the fact and your strength is not batting it's bowling," Akhtar said on his official YouTube channel.

Pakistan added one more defeat to their already dismal record in the World Cup against India, taking it to 7-0 in favour of the arch-rivals.

Skipper Sarafraz won the toss and opted to field first allowing India to post an imposing target of 337 on the back of a brilliant 140 by opener Rohit Sharma and half centuries by KL Rahul (57) and Virat Kohli (77).

According to Akhtar, winning the toss was crucial aspect of the game and half the match was won had Sarfaraz decided to bat first.

"Now when you had won the toss, you had won half the match there. But what did you do? You tried that we should not win this match. Yet again, brainless captaincy, utterly stupid management."

Highlighting Pakistan's in ability to chase, Akhtar referred to their defeat to India in 1999 and the previous game against Australia.

Also Read: How Pakistan Reacted After Yet Another Defeat To India

"We don't have a history of chasing. Inzamam, Yusuf, Saeed Anwar, Shahid Afridi all big batsmen were playing in this ground in 1999 and we had to make 227, we weren't able to do that. So when you got the chance after winning the toss you should have batted."

The Rawalpindi Express also criticised the batsmen for not making use of the conditions unlike their Indian counterparts.

"There was no thinking, one-dimensional players came to bat, but the toss was very crucial to win it and in that even if Pakistan scored 260 they would have done it because the pressure is on required run rate. But who would tell them?"

"I think it's a very saddening and disheartening performance by Pakistan team captain and that's why I was saying that use your head but he tried to not use his brain."

Akhtar singled out pacer Hasan Ali - who went for 84 off his 9 overs - as one of the architects of the defeat.

"Yet again, our bowling, Hasan Ali, he can jump on Wagah border but when there is time to exert force, do it here. All these things look good if you take 6-7 wickets, you come here and give 82-84 runs. What mindset is this?

"I think his mindset is that he wants to be a T20 player, this is his 4th or 5th match for Pakistan and see the conditions, neither there is any pace or swing. I'm failing to understand what he wants to achieve."