Ahuja is heard saying that he "has already predicted the results" and "requested the organisational general secretary in Delhi to change the leadership in Rajasthan". 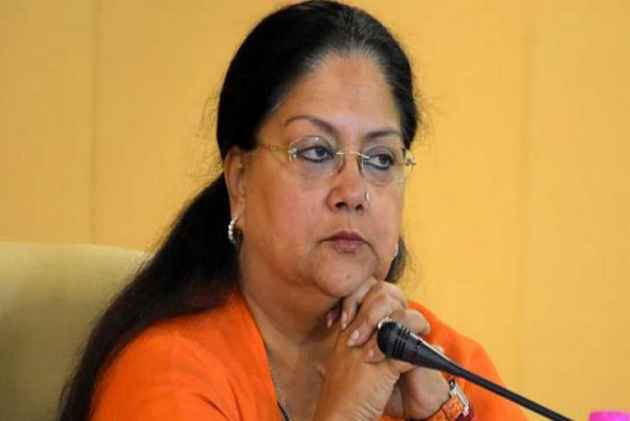 A phone conservation allegedly between BJP MLA Gyan Dev Ahuja and a party worker discussing chief minister Vasundhara Raje's role in the party's by-poll defeats and seeking a change in the party leadership in Rajasthan has gone viral, according to reports.
Interestingly, another leader Ashok Choudhary recently wrote to Bharatiya Janata Party chief Amit Shah suggesting a change in the Rajasthan leadership to tackle growing resentment against Raje.
Ahuja is heard saying that he "has already predicted the results" and "requested the organisational general secretary in Delhi to change the leadership in Rajasthan", reported IANS.
Ahuja, who represents the Ramgarh constituency, is heard singing a song "Jaisa kiya hai tune waisa hi tu bharega (As shall you sow, so shall you reap)" in the audio clip, the news agency report added.
The BJP lost two parliamentary constituencies and one assembly seat in Rajasthan to the Congress in by-elections held last month. The party didn't win even a single assembly segment in the two parliamentary seats.
"This is government's defeat, not our defeat," Ahuja is heard telling the party worker.
"We have been defeated by 40,000 votes, I am still smiling as I knew this was bound to happen," he added.
Ahuja can also be heard telling the worker that  on January 25, he wrote a letter to organisation general secretary Ram Lal where he had mentioned that the BJP will be a loser if Raje and BJP state president Ashok Parnami are not changed.
The caller responds that the message should be conveyed to the top or else "we will all collapse badly in the coming elections."
Ahuja did not confirm it was his voice in the clip but he didn't deny it either.
"Wait and watch, wait and watch, I will not confirm or deny the audio, you will see lots of masala ahead," he said, asked to confirm the authenticity of the call recording, reported NDTV.
The audio went viral on Monday when Raje was announcing her last budget before the state. Raje announced a one-time crop loan waiver of up to Rs 50,000 for small and marginal farmers, and land revenue exemption. The loan waiver is for marginal farmers in the overdue and outstanding category of short loan provided by cooperative banks. This will cost Rs 8,000 crore to the state exchequer.
Rajasthan Congress chief Sachin Pilot termed the budget as ambiguous and pretentious. The budget announcements were far from the reality and were influenced by the BJP's recent defeat in the by-polls, he said. Pilot alleged that the debt on the state has increased to 2,40,000 crore from Rs 1,21,000 crore in the last four years.
(With PTI inputs)