Thibaut Courtois backed the decision to rule out Adnan Januzaj's effort in Real Madrid's 2-1 win over Real Sociedad, insisting his sight was affected 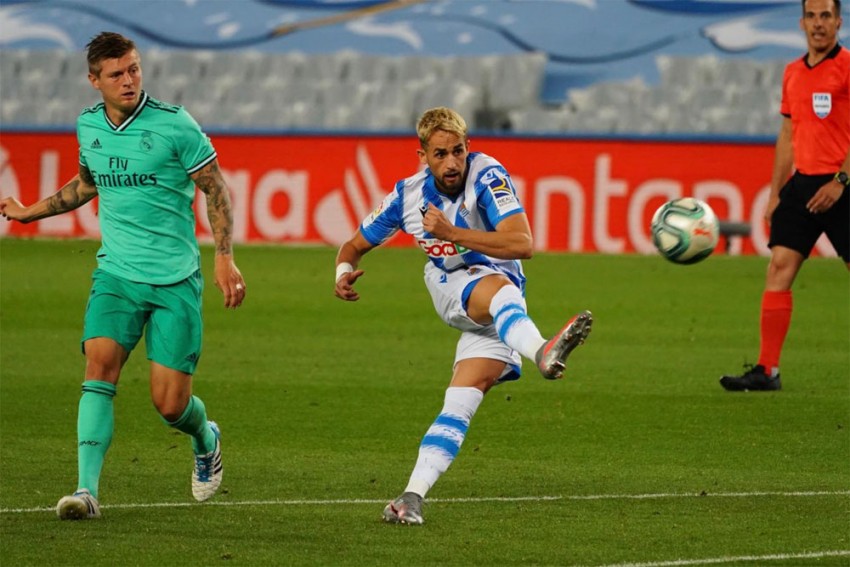 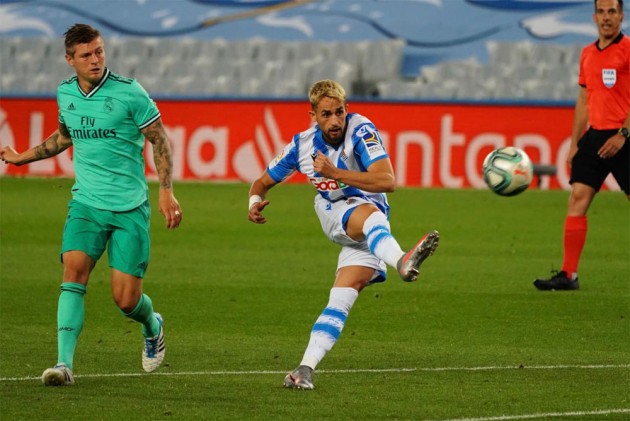 Januzaj appeared to have cancelled out Sergio Ramos' penalty in the second half, but his strike was ruled out after Mikel Merino was adjudged to be offside.

Courtois, whose Madrid moved top of the LaLiga table, insisted his line of sight was impacted for Januzaj's strike.

"When he shot there were three people in my line, Merino, another from Real and one of us who was covering the shot," the Madrid goalkeeper said, via the club's website.

"I didn't see anything and in the end if you don't see the ball and it goes by so fast it won't give you time to react. It is an offside position.

"It may be right or not, but it prevents seeing it. That is what the VAR is for and I think the decisions have been clear."

With eight LaLiga games remaining, Madrid moved above rivals Barcelona thanks to their superior head-to-head record.

Courtois was happy to collect three points, saying: "The key was to win. We know that it is always difficult to play here.

"It is a great team that fights to enter Europe."

Madrid are in action again with a home clash against Real Mallorca on Wednesday.