"I am hopeful... I am not disheartened. No one is opposed to amity. This is just a beginning, we will talk to all," Ravi Shankar told the media. 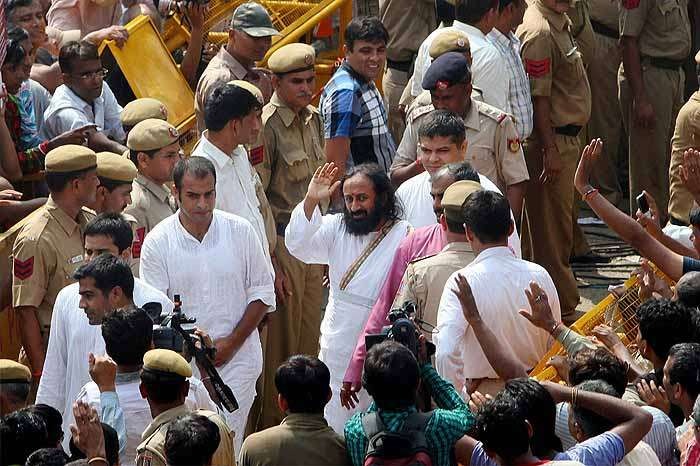 Ravi Shankar, who announced earlier this week that he was involved as a mediator in the Ram temple dispute of his own will and would visit Ayodhya to meet all stakeholders, said he wanted unity and amity.

"I am hopeful... I am not disheartened. No one is opposed to amity. This is just a beginning, we will talk to all," Ravi Shankar told the media.

Responding to a question on All India Muslim Personal Law Board member Zafaryab Jilani rejecting his "proposal" for an amicable settlement, he said he had given no proposal nor got one so the question of rejecting it did not arise.

He said his discussions with Adityanath included "everything about how can we bring more peace in the nation, in the country, and the welfare of farmers and cleanliness and many other issues".

The meeting with Adityanath was a "courtesy meeting" that lasted about 40 minutes and went off well, a senior state government official told PTI.

"As far as the Ayodhya issue is concerned, Adityanath's stand is very clear. The state government is not a party. We welcome any settlement and will honour the decision of the court," the official said.

He told reporters that Ravi Shankar was listening to both sides, the Hindus and Muslims, and there was no proposal or formula yet.

Ravi Shankar had said in Delhi that he did not have an agenda and would listen to everybody.

Lower GST Rates Comes Into Effect From Today, Eating Out Gets Cheaper