How KCR's Mammoth Victory In Telangana Will Impact National Politics 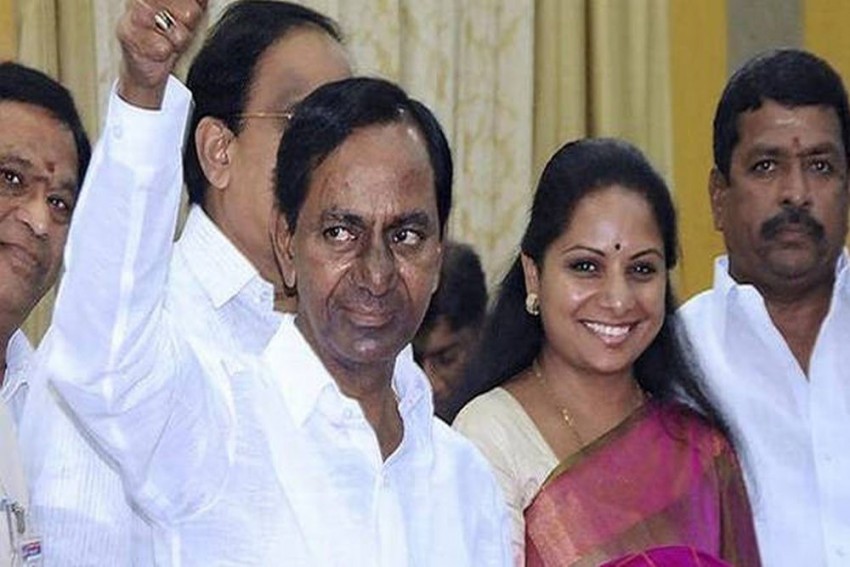 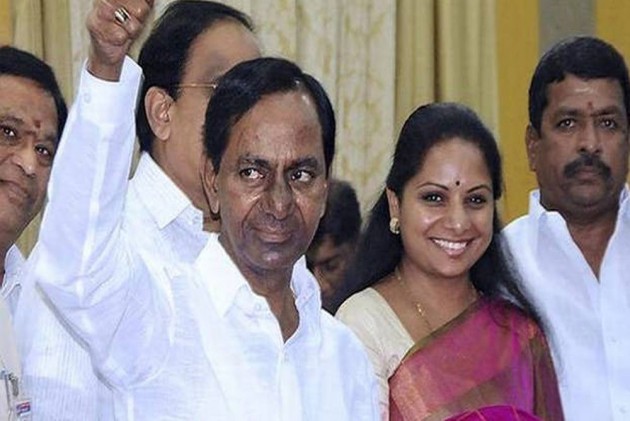 Voters of Telangana have reaffirmed their faith in the leadership of Telangana Rashtra Samiti (TRS) president K Chandrasekhara Rao (KCR) to fulfil his avowed vision of creating “Bangaru (Golden) Telangana”.

What are its implications for KCR-led TRS? Can he effectively deliver the promises made in the party manifesto? Voters will certainly follow his policies with keen interest. If KCR succeeds in ensuring effective delivery of pre-poll promises, his image as ‘common man’s messiah’ will be consolidated. If he falters, there will be a voters’ backlash.

After dissolving the assembly 10 months ahead of the schedule term, KCR made it clear that he was forced to take such a decision to get back to people as the Opposition Congress became a ‘thorn in its flesh'. He alleged that the Congress engaged in destructive politics by stalling major irrigation projects. He also claimed that his government had delivered ‘more than what people asked for'.

To support KCR’s argument, his party secretary-general Dr Keshav Rao said there is no match to his party chief’s promises and delivery of welfare schemes, besides implementation of various projects. He and his party colleague Palle Rajeshwar Reddy also claimed that several “people friendly” schemes, which benefited almost all sections of the people in the new state, are going to help them return to power.

Of course, the Maha Kutami (People's Alliance) had ridiculed “how can TRS expect more than 63 seats they won when the sentiment was ‘fresh and kicking’ soon after the formation of the state. But, KCR has proved everyone wrong.

“Yes, we ensured the state’s GDP growth robust and top, ahead of other states, besides initiating various welfare schemes,” said Rajeshwar Reddy.

The humiliating rout of the Congress-led coalition, which consists of the Telugu Desam Party (TDP), Telangana Jana Semiti (TJA) and the CPI are bound to prove disastrous to the ambitious national plans of the TDP president Nara Chandrababu Naidu to spearhead the pre-poll coalition alliance of Mahagathbandhan prior to the Lok Sabha elections in May 2019.

Sooner than later, the gloves will be off in the Maha Kutami political parties with each one blaming the other for their dismal performance. In retrospect, Congress’ decision to ally with the TDP has dented its image and delivered adverse blow with far reaching consequences for its survival not only in Telangana, but also in the neighbouring Andhra Pradesh.

After all, many senior Congress leaders, including Marri Shashidhar Reddy, who was denied a ticket, had opposed an alliance with the TDP. Reddy had called it a “liability”.

What has added to the Congress’ woes is that almost all its stalwarts, including former Home Minister K Jana Reddy, T Jeevan Reddy, Komati Venkata Reddy, Konda Surekha D K Aruna, Ponnala Laxmaiah, all former ministers, were swept away under the TRS’s unprecedented wave or tsunami.

Interestingly, KCR has ensured ‘TDP-mukt’ Telangana. He has set to rest Naidu’s hopes of rebuilding his party in Telangana.

More than anyone, it’s the YSR Congress chief YS Jaganmohan Reddy, who will be jubilant with the washout of the TDP-Cong combine in Telangana as that will bolster his prospects not only in the assembly polls but also in 2019 Lok Sabha elections.

It remains to be seen what will be the next move of Rahul Gandhi as far as his association with Naidu is concerned. Surely, he cannot distance himself from Naidu who is spearheading the formation of a “Mahaghatabhandan” (grand alliance) against BJP ahead of the Lok Sabha elections in 2019? Will the BSP and the SP be keen to join the grand alliance?

Also, KCR has been quite vocal about forming a “Federal Front” without both the BJP and Congress. Hence, the political scenario is poised for quite interesting developments. Who will be on the “bandwagon” of the Federal Front? Will it be BJP vs. Mahaghatabandhan vs. Federal Front?