Conceding late goals has been India's perennial problem and it once again came to hurt the hosts when their defence broke down under pressure to concede a goal four minutes from the final hooter and gift Belgium a draw in their last match. 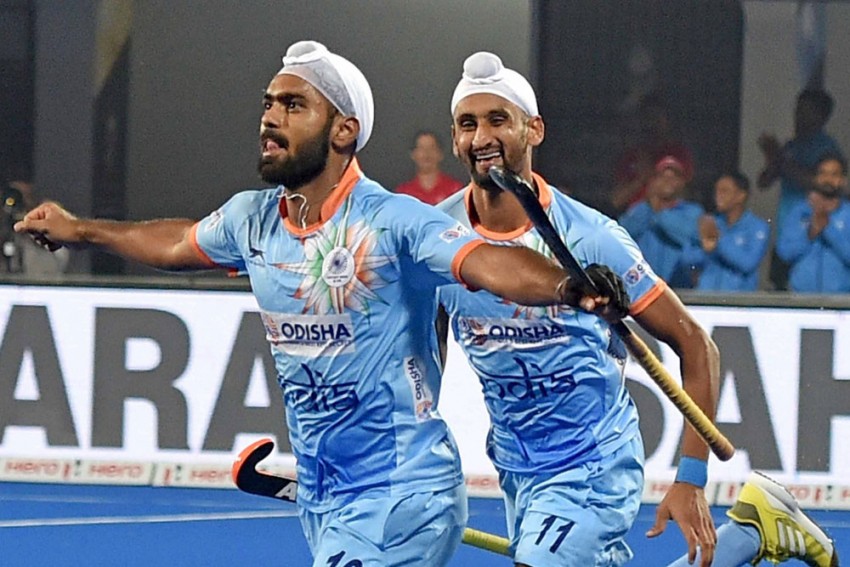 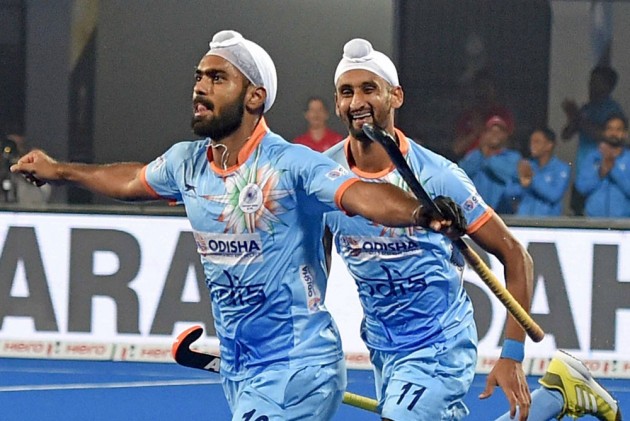 Favourites India will go for a big win against Canada in their final Pool C match of the 2018 FIH Men's Hockey World Cup on Saturday at the Kalinga Stadium, Bhubaneswar.

India are leading the pool on goal difference ahead of Belgium. India beat South Africa 5-0, while the European beat Canada 2-1 in their respective opening matches.

Indian then played out a 2-2 draw with Belgium. So India has a goal a difference of +5, as against Belgium's +1. With Belgium playing South Africa in their final pool match, India can't take chances and a simple win may not be enough to top the pool to qualify directly qualify for the quarter-finals.

The second and third-placed teams from the pool will play cross-over matches against number 2 and 3 teams of other pools to decide the remaining last four quarterfinal places.

Both Canada and South Africa have one point each from two matches but the North Americans are placed third with a goal difference of -1 as against South Africa's -5.

So the pool is wide open.

Going by records and form, India are hands down favourites to come out victorious against Canada.

But as we have witnessed on Thursday with world number 20 France upsetting Olympic champions Argentina in a Pool A encounter, anything can happen in modern world hockey.

Besides the better rankings, India enjoy a superior head-to-head record against Canada. Since 2013, India and Canada have played five matches against India with the hosts having won three, lost one and drawn one.

So come Saturday, the Indians will have to come out with a clear frame of mind and with just one goal – a comprehensive win against Canada and top the pool.

But it would be easier said than done as the Canadians have improved tremendously over the years, especially their defence, which was visible in their first game against Belgium who found it difficult to break their backline and just managed to eke out a narrow 2-1 win.

The onus would be on India's lethal forward line comprising Mandeep Singh, Simranjeet Singh, Akashdeep Singh and Lalit Upadhyay to take responsibility on their shoulders.

The Indian midfield, led by skipper Manpreet Singh, has so far produced a decent show, while the defence need to be more agile and cautious, especially considering the fact that the backline is infamous for crumbling under pressure towards the end.

Conceding late goals has been India's perennial problem and it once again came to hurt the hosts when their defence, consisting of Birendra Lakra, Surender Kumar, Harmanpreet Singh, broke down under pressure to concede a goal four minutes from the final hooter and gift Belgium a draw in their last match.

Indian goalkeeper P R Sreejesh too does not look the same under the bar after returning to the side following an injury lay-off.

Canada have given India problems in the past, the most recent being in last year's Hockey World League Semi-Finals in London where they defeated India 3-2 to finish fifth.

If that was not enough, in the 2016 Rio Olympics too, India were held to a 2-2 draw by the Canadians.

But India's chief coach Harendra Singh was not in a mood to dwell in the past and said those experiences will only act as a catalyst to do better on Saturday.

"Past failures are experiences. These experiences we will try to make use the present. The present is the match against Canada. The match will decide the fate of our pool. I am not thinking about what happened in Hockey World League Semi-Final or Rio Olympics," Harendra said.

While insisting that Canada will rely on counter-attacks, the coach said India can't divert from its strength – that is attacking hockey.

"They will not give space. They wait, wait and wait to get opportunities and that will be their plan. But we have to play to our strength," Harendra said.

"You can't go and defend. You can't be on the backfoot. We have to play attacking hockey. The players have adopted attacking hockey when they were teenagers. It's in our culture. You can make minor adjustments, but not change the mindset," he added.

In the first match of Pool C on Saturday, Belgium will take on South Africa.