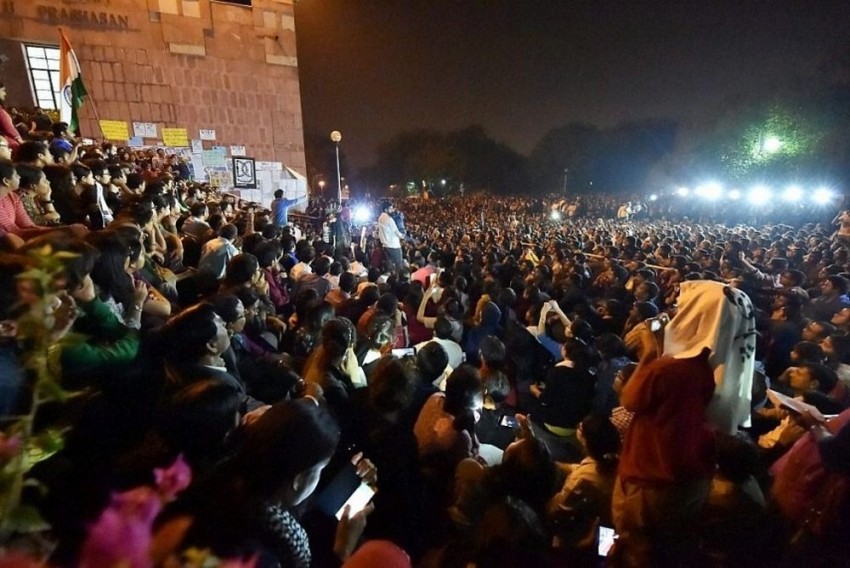 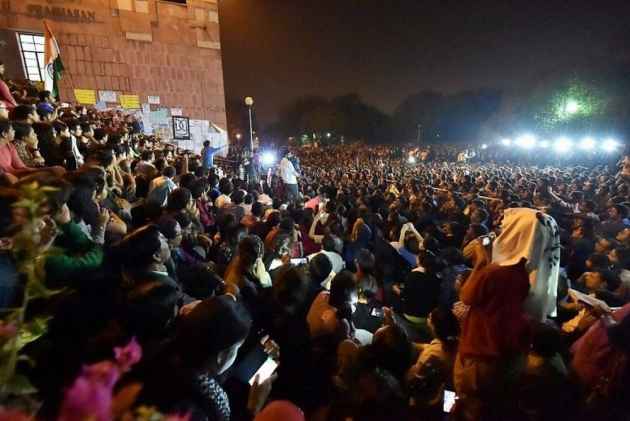 The Delhi High Court today directed the students of the Jawaharlal Nehru University (JNU) not to obstruct the Vice Chancellor and other staff from entering the administrative block to carry out their work.

The high court passed the interim order on JNU's plea which said that the protest near the administrative block was hampering the day-to-day functioning, including the disbursal salaries in connection with the Seventh Pay Commission.

Students had yesterday blockaded the administration block demanding a meeting with the Vice Chancellor on the issue of compulsory attendance and stopped the rectors from leaving the building.

Justice V K Rao said the interim order would be in force for the next three days from tomorrow and said the university was at liberty to request police assistance to maintain law and order in the campus.

The court, however, made it clear that the order "should not preclude" the students from peacefully protesting at the Sabarmati lawn in the campus away from the administrative block.

It also issued notice to the JNU Students Union (JNUSU) and sought its response by February 20 on the university's plea claiming that the high court's order asking them not to protest within 100 metres of the administrative block was being violated.

The university's plea, seeking contempt action against the students who allegedly violated the court order, was mentioned before a bench of Acting Chief Justice Gita Mittal and Justice C Hari Shankar which allowed it to be listed for hearing today.

JNU has claimed that the ongoing protests in the university campus were in violation of the high court's August 9, 2017 direction to the students not to stage any agitation within 100 metres of the administrative block, which houses several offices including that of the Vice Chancellor.

It had observed that the varsity had already earmarked a place for protest and hence the students should stage their protest sit-in at the Sabarmati hostel lawns.

The varsity had said the JNUSU leaders should be asked not to protest within 200 metres of the administrative block and the academic complexes as per the academic rules and regulations.

The court had also asked the police to keep away from the university campus unless there was any evidence of disruption of law and order or if the varsity sought its assistance.

The last year's order had come during the hearing of the JNU administration's petition against the blocking of its administrative block by agitating students.

The varsity had moved the high court when the students were protesting against the JNU's admission policy based on a University Grants Commission notification slashing the seats for MPhil and PhD courses.