Trent Alexander-Arnold and injured pair Harry Maguire and Jordan Henderson have been named in England's 33-man provisional squad for Euro 2020. 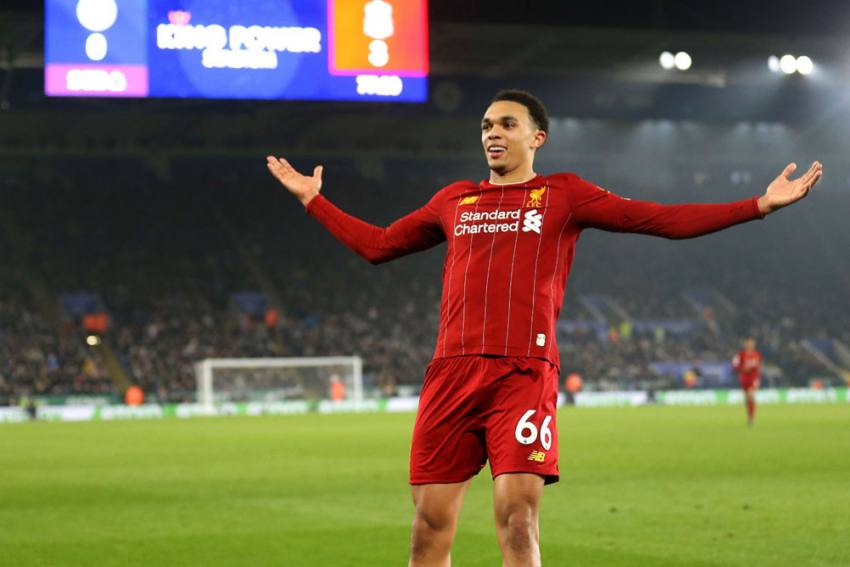 Gareth Southgate has until midnight on June 1 to cut his squad down to 26, but he will have time to assess players in training ahead of friendlies against Austria and Romania on June 2 and June 6 respectively.

Alexander-Arnold had been the headline name to miss out on England's squad for the March internationals, but the Liverpool full-back does feature in this extended list.

He is joined by Reds team-mate Jordan Henderson, who has not featured for Liverpool since sustaining an injury in the Merseyside derby in February, while Manchester United captain Maguire, who is currently struggling with an ankle ligament problem, is also included.

Ahead of naming his final #EURO2020 squad next week, Gareth Southgate has selected 33 players to join up with the #ThreeLions from this weekend as our preparations for this summer's tournament get under way.

Also making the cut is Mason Greenwood. The United teenager, who has enjoyed a fine end to the season, scoring eight times in all competitions from March 21 onwards, has not featured in a squad since he – along with Manchester City star Phil Foden – breached coronavirus protocols in Iceland last September.

Foden is included after a sensational campaign for the Premier League champions, along with Aston Villa captain Jack Grealish, who returned from injury earlier this month.

Southgate faces an anxious wait as both Greenwood and Foden, along with their respective United and City team-mates, have European finals this week. City play in the Champions League showpiece against Chelsea, who have three players in the squad. Tammy Abraham is not among them.

Borussia Dortmund pair Jude Bellingham and Jadon Sancho feature. Bellingham, who turns 18 at the end of June, could become England's youngest player at a major tournament.

Midfield colleague Kalvin Phillips will be the subject of some scrutiny ahead of the squad deadline following a shoulder injury playing for Leeds United on Sunday.

Goalkeeper Jordan Pickford missed the previous squad through injury but returns and seems likely to be number one again, with Dean Henderson having struggled for consistency during a stint as United's first choice towards the end of the campaign.

Southampton forward Danny Ings headlines the list of notable omissions, while Eric Dier – a regular under Southgate – has also been left out, as has Micheal Keane. Young centre-backs Ben Godfrey and Ben White are preferred, called up for the first time.

England start their Euros campaign at Wembley on June 13, taking on Croatia. Scotland are next up in Group D, before the Three Lions face the Czech Republic on June 22.