Bollywood actor Anupam Kher’s upcoming hindi film ‘The Accidental prime Minister’ is undoubtedly one of the most-awaited movies of 2019. 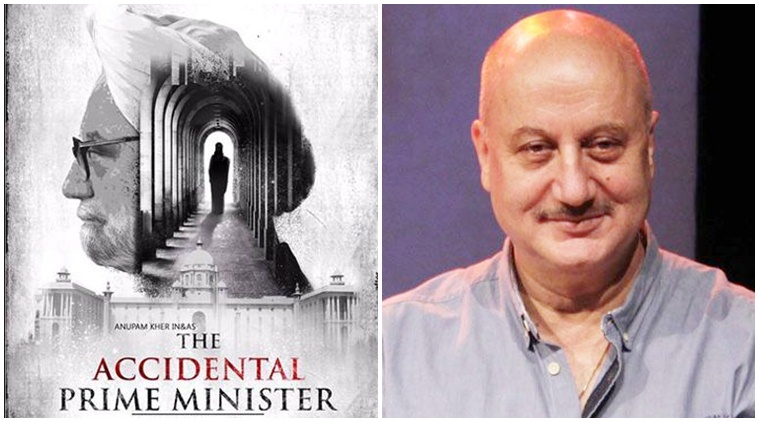 The trailer of the movie The Accidental Prime Minister has gone missing from YouTube, actor Anupam Kher said on Tuesday.

Kher, who will be portraying the role of Dr Manmohan Singh, former Prime Minister of the country, took to Twitter and slammed YouTube for removing it from the first page of search results.

“Dear @YouTube!!! I am getting messages & calls that in parts of our country if you type, trailer of #TheAccidentalPrimeMinister, it is either not appearing or at 50th position. We were trending at No.1 yday. Please help. #HappyNewYear. #37millionviews," he said on Twitter. He further posted screenshots backing his claim.

Dear @YouTube!!! I am getting messages & calls that in parts of our country if you type, trailer of #TheAccidentalPrimeMinister, it is either not appearing or at 50th position. We were trending at No.1 yday. Please help. #HappyNewYear. #37millionviews ðÂÂÂÂÂÂÂÂÂÂÂÂÂÂÂÂÂÂÂÂÂÂÂÂhttps://t.co/TUu4AtaRzk pic.twitter.com/KhoZJuxmmu

The movie is based on the book which was penned by political commentator Sanjaya Baru, which offers a behind-the-scenes look at the UPA administration. The film has been directed by Vijay Gutte with Hansal Mehta as the creative producer. It features Kher as Dr. Singh, German actor Suzanne Bernert as former Congress president Sonia Gandhi, Ahana Kumra as Priyanka Gandhi, Arjun Mathur as Rahul Gandhi and Akshaye Khanna in the role of Baru, who was the former media advisor to Dr,Singh.

Ruling the country and YouTube, #TheAccidentalPrimeMinister is trending no.1, coming to cinemas on January 11.
Watch the trailer now: https://t.co/aOtTlO0768 pic.twitter.com/DGwag1RrR5

The controversy so far...

The trailer drew sharp reactions from the Congress, which dubbed it a "propaganda film", but Kher said it was a bold attempt to look at real events through the medium of the biopic for the first time in India.

"For the first time in independent India, we made a revolutionary film on real people with real names...This is the age of biopics; why can't we make a film on what happens inside the PMO."

Citing the example of Oscar-winning actors such as Ben Kingsley, Daniel Day-Lewis and Meryl Streep, the actor said they have received appreciation for playing political figures, "Then why is my work not seen as art?... It is the most difficult role of career. I researched for six-seven months before taking up the role."

Kher had earlier referred to Congress president Rahul Gandhi's recent statement that freedom of expression is a fundamental right. This was in response to a party leader objecting to the language used to describe his father, former prime minister Rajiv Gandhi, in the Netflix series "Sacred Games".

In the press conference Kher retiterated his earlier comments saying, "We talk about freedom of expression, but when we practice our right, people try to curb it. Cinema has to move on, we have to move on with maturity and allow people to make films. Why can't we make a film on politics?"

The controversy began after BJP's official Twitter handle shared the link to the trailer of the film.

"Riveting tale of how a family held the country to ransom for 10 long years. Was Dr Singh just a regent who was holding on to the PM's chair till the time heir was ready? Watch the official trailer of 'TheAccidentalPrimeMinister', based on an insider's account, releasing on 11 January," the party said.

Responding to the BJP, Congress chief spokesperson Randeep Surjewala said on Twitter that "such fake propaganda" by the party would not stop it from asking the Modi government questions on "rural distress, rampant unemployment, demonetisation disaster, flawed GST, failed Modinomics, all pervading corruption”.

Singh evaded questions on the film at the Congress' foundation day function at the party headquarters on Friday.

The film will hit the screens on January 11.