'The Crown', 'Ted Lasso' and 'Mare of Easttown' swept the 73rd Primetime Emmy Awards, hosted by Cedric the Entertainer. 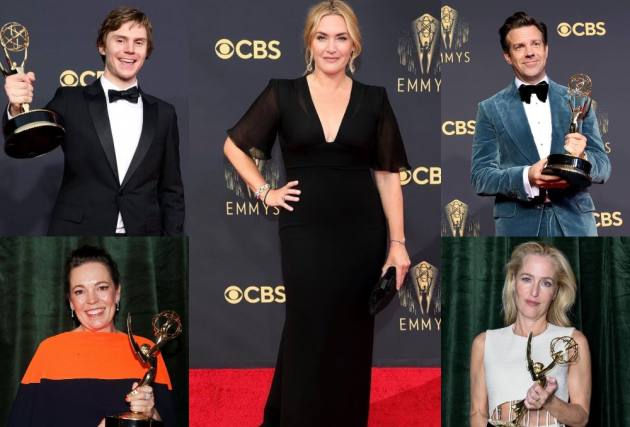 Netflix’s British drama series chronicling the life of Queen Elizabeth ever since she took the throne, ‘The Crown’ swept the Emmy Awards in Drama category, while American sitcom 'Ted Lasso', about a small-time football coach being hired to coach a professional soccer team in England, swept the comedy awards at the 73rd Primetime Emmy Awards, which were held in Los Angeles on Monday morning (India time).

The host for the evening was Cedric the Entertainer who opened the show with a hilarious monologue that also consisted of jokes about the royal family as well as Prince Harry and Meghan Markle's exit and Oprah interview.

Cedric also took digs at other shows including 'Bridgerton' as he compared the timeline of the show to that of 'Django Unchained' while making a joke about Jamie Foxx not getting as lucky as the Duke of Hastings aka Rege-Jean Page.

Celebrated TV personality RuPaul has become the most awarded person of colour in the history of the Primetime Emmy Awards after his show 'Drag Race' won a trophy for outstanding competition program making it the fourth consecutive win for the show, which RuPaul also created, hosts and executive produces,