The confirmation of his death, if true, will ultimately come from the Tehrik-e-Taliban Pakistan(TTP) after it has chosen his successor. 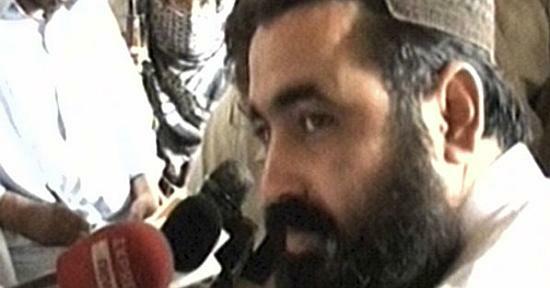 (To be read in continuation of my article of June 26, 2009, titled Hunt For Baitullah Mehsud)

The co-ordinated hunt for Baitullah Mehsud, the Amir of the Tehrik-e-Taliban Pakistan (TTP), undertaken by the intelligence agencies of Pakistan and the US scored a major success early on the morning of August 5, 2009, when an unmanned US aircraft (Drone), acting on intelligence furnished by a source of the Pakistani intelligence from South Waziristan fired two missiles on the house of the father of the second wife of Baitullah , Malik Ikramuddin, in the Zangarha area, 15km to the north-east of Ladha in South Waziristan. Eight persons were killed. Seven of them have been identified by local sources as the second wife of Baitullah and six of his bodyguards. The identity of the eighth person has not yet been established, but it is widely believed that the eighth person killed was Baitullah whose body was blown to pieces by a missile. The confirmation of his death, if true, will ultimately come from the TTP after it has chosen his successor. The TTP, in keeping with its tradition, will not deny his death, if true.

Even before this remarkable human intelligence-driven operation, there were indicators that the TTP was facing difficulty in maintaining its high level of activity. One could see a decline in its spectacular and successful strikes not only in the non-tribal, but also in the tribal areas. The Drone strikes -- 28 of them already so far this year as against 34 last year -- have made it increasingly difficult for the senior leaders of the TTP to move around and guide their men. The increased number of Drone strikes invariably targeted correctly the hide-outs of the TTP though till August 5 they did not succeed in killing any senior leader of importance.

The accurate strikes coming one after the other on the hide-outs of the TTP-- even if they did not kill any important leader -- created suspicions among the leaders that their organisation had been penetrated by either the US or the Pakistani intelligence and they started having fears of a mole in their midst. This created a certain demoralisation. Their new focus was more on identifying the mole and saving themselves than on launching new operations.

The death of Baitullah is unlikely to lead to a disintegration of the activities of the TTP, but it could change the focus of its attacks. None of those tipped to be in the race to succeed him -- Hakimullah Mehsud, Maulana Azmatullah and Wali-ur-Rehman--nurses such a strong antipathy to the Pakistan Army, its Inter-Services Intelligence (ISI) and its commando force called the Special Services Group (SSG) for their raid into the Lal Masjid of Islamabad in July 2007 as Baitullah did. One may see a decline in the suicide attacks on the Army, the ISI and the SSG, but the TTP will continue to attack logistic supplies to the NATO forces in Afghanistan and help the Afghan Taliban in other ways.

Before the attack of August 5, there was speculation that the Pakistan Army was in touch with Baitullah's father-in-law in order to explore the possibility of another cease-fire. It is not clear whether the father-in-law's reported contacts with the Army had played a role in facilitating the attack.

A War No More