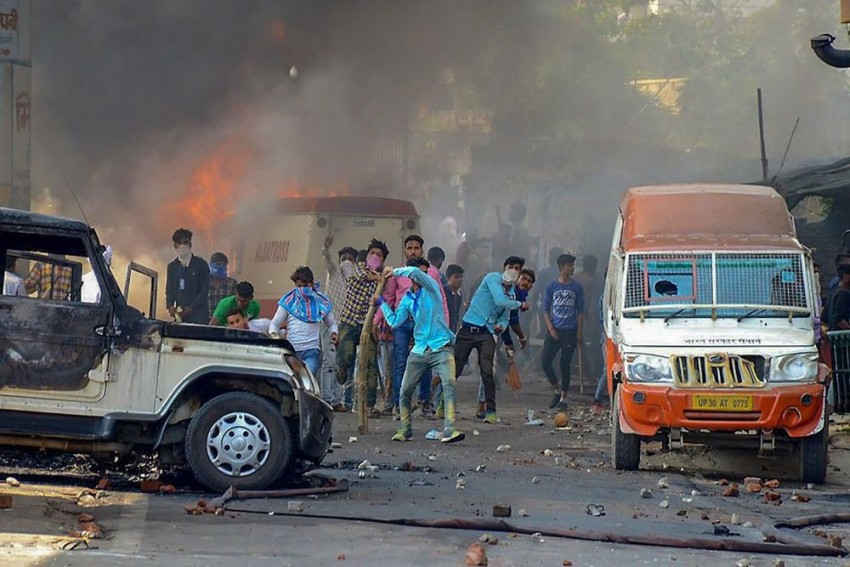 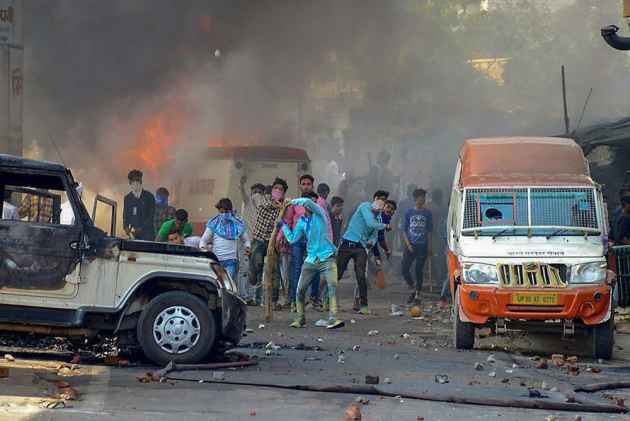 In a caustic attack on the Centre, the Shiv Sena today said the violence during a nationwide bandh by Dalits to protest the softening of provisions of the SC/ST Act is a reflection of a "weak" and "selfish leadership".

It also raked up the multi-crore Punjab National Bank scam, saying that while diamond jeweller Nirav Modi "looted" the nation, the present government was "breaking" the country.

It said coming out on the streets against an order of the apex court was akin to going against the ideology of Dr B R Ambedkar - the architect of the Indian Constitution.

"Incidents of violence happen when the leadership is weak and selfish," the Sena said in a hard-hitting editorial in party mouthpiece 'Saamana'.

"The country had once been divided in the name of religion. If it is once again being broken apart in the name of caste, where is Prime Minister Narendra Modi and what is he doing?" it asked.

At least 11 people died and several others were injured in the 'Bharat bandh' called on Monday by Dalit outfits to protest the softening of certain provisions of the SC/ST (Prevention of Atrocities) Act.

On BJP's allegation that the Congress was "fuelling tension" in society with an eye on polls, the Sena said if some are claiming that Dalits have been misled into coming out on the streets to protest, it would also hold true for riots in Asansol (West Bengal), where a party is allegedly fanning the unrest for its political gains.

The Asansol-Raniganj belt had witnessed clashes between two groups over Ram Navami celebrations, resulting in the death of one person. Two police officers were also injured in the clashes.

"Creating a social divide and fanning riots for the sake of votes is political corruption. Nirav Modi looted the nation, however, the present dispensation is breaking the nation," the Sena said, lashing out at the ruling NDA.

It wondered what was wrong with the Supreme Court ruling that there should be an investigation before an arrest so that the Act was not misused.

"The SC has no intentions to dilute the Atrocities Act but just wants to ensure it is not misused. There is nothing wrong in that," it said.

"Coming out on the streets against the SC order is like going against the ideology of Dr Babasaheb Ambedkar," the Sena opined.

It said 25 years back, there was a massive unrest in Ayodhya and today, when the 'Modi-Shah government' is in power, it did not take any decision on the Ram temple, except pushing the issue to the Supreme Court.

"The country's politics is at a dangerous stage now. If attempts are made to not let the courts work independently, then we are facing much more difficult times," it cautioned.

The Centre has again knocked the doors of the SC with a review petition. This is not the sign of a strong leadership, it said.

If PM Modi is famous among the masses, he should have made attempts to stop Dalits from indulging in violence, said the Sena, an ally of the BJP at the Centre and in Maharashtra.

Mahatma Gandhi and Jawaharlal Nehru did not care about their lives and went amongst rioters and even heard abuses, it noted.

"Even the current prime minister and his ministers should have done this. Filing a review petition is like running away from the situation and insulting Dr Babasaheb Ambedkar," the Sena opined.