Faizabad BJP president Awadhesh Pandey claims that majority population of Ayodhya want to see the temple being built as it is a "matter of faith" for them. 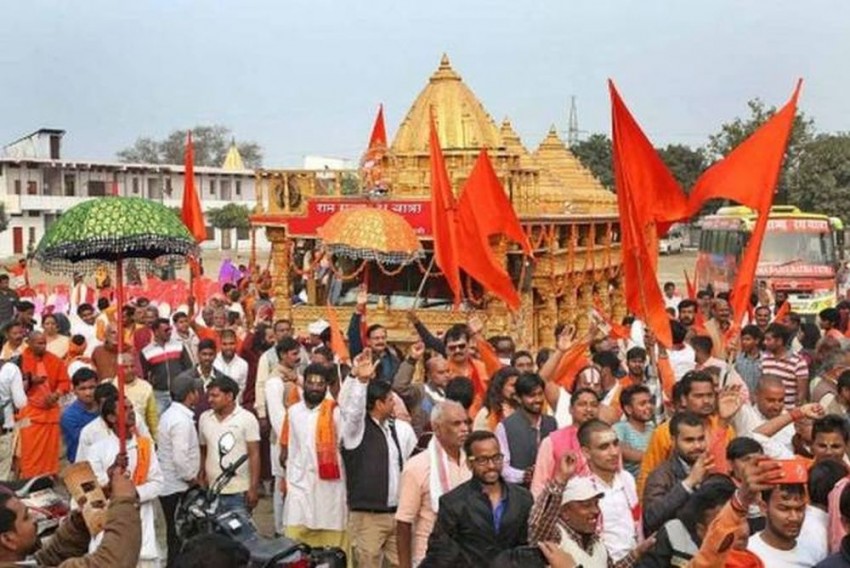 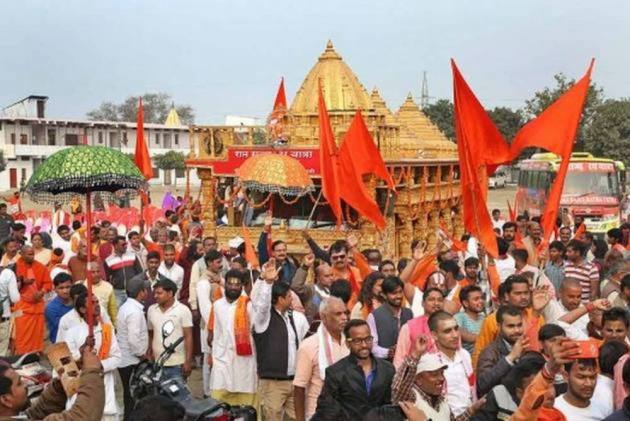 The option to resolve the Ayodhya dispute through community dialogue is "over" and the BJP will work towards the construction of a Ram temple here through constitutional or legislative means, the party's Faizabad district chief said Tuesday.

Diwali celebrations in the holy city of Ayodhya this time is taking place in the shadow of the Ram temple debate as the chorus has grown within the party and the Sangh Parivar for the construction of a temple at the Ramjanmabhoomi through an ordinance.

Faizabad BJP president Awadhesh Pandey claims that majority population of Ayodhya want to see the temple being built as it is a "matter of faith" for them and the "BJP is the only party that raises this issue for them".

"The chorus for bringing ordinance to build it is growing and the BJP will take a legislative route or one that is within the framework of the Constitution. The option of resolving the issue through community dialogue is now over (batchit se masla hal karne ka rasta khatma ho gaya hai)," Pandey told PTI.

He said there was a community dialogue option earlier and the court had also given an opportunity, but it "did not work out".

"We reach out to people to feel their pulse at ward level, and they want that Ram temple should be built," the district BJP chief claimed.

Asked if the Muslim community wanted the same, his response was muted.

Reportedly, saints in Ayodhya have been pressing for construction of a statue of Lord Ram  similar to that of Statue of Unity. Located on Sadhu-Bet Island, Gujarat, the 182-metre tall statue of Unity occupies over 20,000 square metres and is surrounded by a 12 square km artificial lake.

Many BJP leaders, including Uttar Pradesh Chief Minister Yogi Adityanath, have been pitching for speeding the work towards construction of a Ram temple in Ayodhya in western Uttar Pradesh (UP), and some of them, including Union minister Vijay Goel, have suggested taking the ordinance route.

Asserting that a Ram temple will be built in Ayodhya soon, Adityanath said Sunday in Haridwar a piece of good news regarding this awaited devotees all over the country.

The echoes of the controversial issue can be felt during the 'Depotsav' celebrations here, with Adityanath likely to announce a plan for the installation of a huge statue of Lord Ram on the banks of the Saryu river here.

"Yogiji is most likely to announce Tuesday, during 'Deepotsav', the plan for erecting a 151-metre statue of Lord Ram on the banks of Saryu. The place has not been finalised and it will be done after soil testing," Ayodhya Mayor Rishikesh Upadhyay told PTI.

The Akhil Bharatiya Sant Samiti, an umbrella body of Hindu seers, in New Delhi on Sunday had "directed" the Narendra Modi government to bring in a legislation or an ordinance to build the Ram temple in Ayodhya.

The Supreme Court recently fixed the Ramjanmabhoomi-Babri Masjid land dispute cases for the first week of January next year before an appropriate bench, which will decide the schedule of hearing.

A three-judge bench, headed by Chief Justice Ranjan Gogoi, had said the appropriate bench would decide the future course of hearing in January on the appeals filed against the Allahabad High Court verdict in the Ayodhya land dispute case.

As many as 14 appeals have been filed against the 2010 High Court judgement that suggested that the 2.77 acres of the disputed land be partitioned equally among three parties — the Sunni Waqf Board, the Nirmohi Akhara and Ram Lalla.

Many experts have said that the matter should be taken up by the court after 2019 elections, as it might have an impact on the voters.

State Polls Not A Referendum On Modi Govt, No Anti-Incumbency In Chhattisgarh: Raman Singh