It said people against whom charges have been framed by a court for offences punishable with at least five years, should be barred from contesting polls. 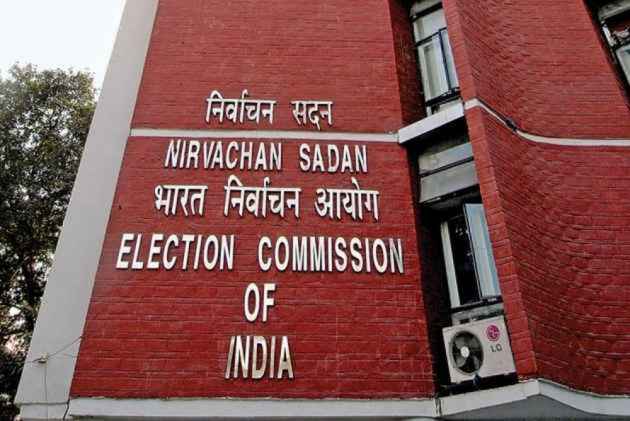 The Election Commission of India (ECI) has told the Supreme Court that it has proposed to the Centre to amend the law and bar people, accused of an offence punishable with at least five years, from contesting elections after charges were framed against them by a court.

It said people against whom charges have been framed by a court for offences punishable with at least five years, should be barred from contesting polls if the cases were registered against them at least six months prior to the election.

The matter is listed for hearing tomorrow before a bench headed by Chief Justice Dipak Misra.

The affidavit said that the ECI should be given the power to de-register political parties and be authorised to issue necessary orders regulating registration and deregistration of parties.

It said the poll body has been raising the issue of criminalisation of politics since 1998 and had sent proposals to the Centre in this regard on July 15, 1998 which were reiterated by it in the recommended electoral reforms of July 2004 and December 2016.

"The commission had proposed that the law should be amended to provide that any person who is accused of an offence punishable by imprisonment for five years or more should be disqualified from contesting election even when trial is pending, provided charges have been framed against him by the competent court," it said, referring to one of the proposals.

"The commission reiterates that such a step would go a long way in cleansing the political establishment from the influence of criminal elements and protecting the sanctity of the legislative houses," it said.

Citing its proposals, the ECI said that people with criminal background and accused of serious offences by contesting elections send very negative signals about the electoral process.

The affidavit was filed on a plea by lawyer Ashwini Kumar Upadhyay who sought that convicted people should be barred from forming political parties and becoming their office-bearers for the period they were disqualified under the election law.

The poll panel, while referring to the provisions of the Represenation of the People Act, 1951, said that the law did not expressly confer any power on the ECI regarding deregistration of political parties.

The apex court had on January 8 asked the Centre and the ECI to consider with "due seriousness" the plea and told them to file their response.

The top court had agreed to examine the constitutional validity of section 29A of the 1951 Act dealing with the power of the ECI to register a political party.

The plea has also sought a direction to the ECI to frame guidelines to decriminalise the electoral system and ensure inner party democracy, which was proposed by the National Commission to Review the Working of the Constitution (NCRWC).

It also claimed that in 2004, the poll panel had proposed an amendment to section 29A of the Act to authorise it to issue apt orders regulating the registration or deregistration of political parties.