Indian cricketer S Sreesanth, who had served a ban for spot-fixing in the Indian Premier League, joined BJP in 2016 and contested Kerala assembly elections from Thiruvananthapuram seat but lost to the Congress candidate. Irrespective of that, he no targets a bigger fish in former Union Minister Shashi Tharoor 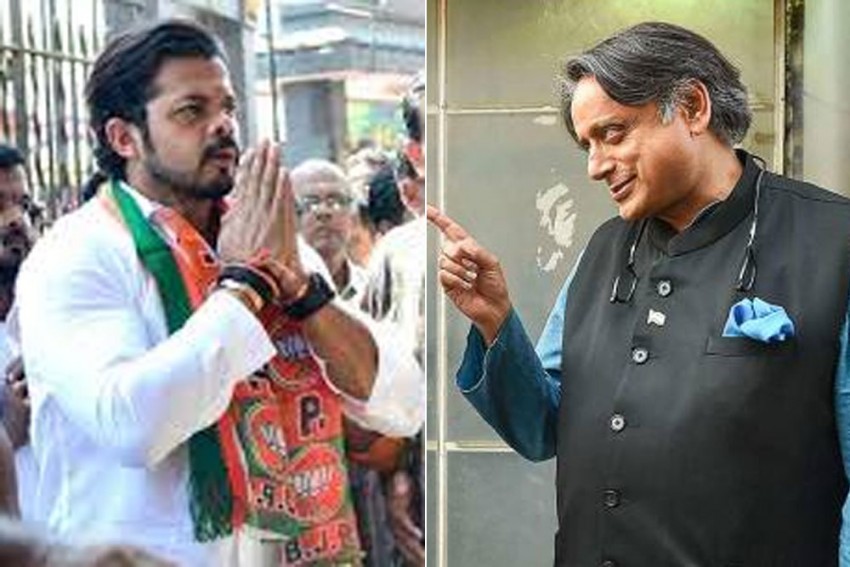 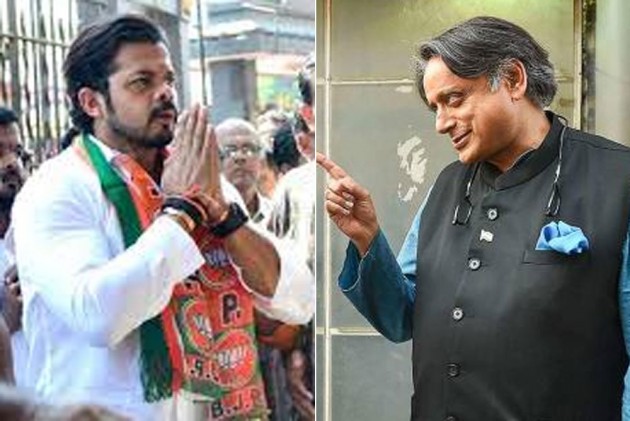 Shanthakumaran Nair Sreesanth is back in action. It's not that he was out of the limelight, but this time, he is ready to play the big game -- not just cricket. After the Supreme Court had set aside his life ban for his alleged role in spot-fixing in the 2013 edition of the cash-rich Indian Premier League (IPL), the pacer has expressed his desire to take on one of the bigwigs of Indian politics, Congress leader from Kerala Sashi Tharoor. Yes, you heard it right. Come 2024, we may see Sreesanth defeating Tharoor, a three-time Member of Parliament from Thiruvananthapuram. (More Cricket News)

In an interview with the Indian Express, Sreesanth said that "I am a huge fan of his as a person who had stood by me but I will defeat him in the elections in Thiruvananthapuram." As it turned out the events of 2013, which seemed to have toppled Sreesanth's game, has in fact helped shape a different Sreesanth. Since then he has become a bonafide actor, turned his life into an interesting subject worthy to be made into a web-series, then there is an autobiography and the planned return to the field. Even Mohammed Azharuddin would be jealous of how things have turned out for the Kerala cricketer.

As revealed in the interview, Sreesanth is ready to take on Tharoor, who had stood by him during troubled times. "No doubt about it," he was quoted as saying. Sreesanth is a confident player, from his control of the 'seam' in the field to his movement of the body on the dance floor. But this will not be his first dabble in politics. In 2016, he had contested from Thiruvananthapuram on the BJP's ticket but lost to the Congress' VS Sivakumar.

2024 is still a long way to go. But if he manages to get a BJP ticket again and defeat the former Union Minister, it may yet become possibly the greatest achievement for him, who allegedly used a towel (tucked into the band of his trouser) as a signal to bookies that he would now fix an over. Tharoor, considered as one of the most eloquent and capable leaders of modern India, not only revived Congress' fortunes in Thiruvananthapuram, taking it back from Communist Party of India but made it his own turf, withholding the so-called Narendra Modi-wave not once, but twice. For Tharoor, a defeat to a political novice would certainly spell doom.

So what are the chances of that happening?

Sreesanth claimed that the future looks good for him. In fact, he is in control and can "program" his life. His positivity has helped his family visualise good things. "My mother and father will be there, my wife has been visualising the moment for a long time, so will be my children... Sometimes I think it's good all this has happened as I would have probably retired and settled in Dubai or the UK. There would not have been any major self-transformation. Now I am in control and so many good things are happening – from music, movies, books, web-series, cricket, and politics. I was fortunate not just my wife, and parents but others supported me. Like the film fraternity. Thank god now, my four-year-old daughter and two-year-old son can watch me play cricket next year. I don't want them to google my name and see all this fixing. She can see me playing with her own eyes next year."

Also Read: When There’s A Towel In The Trousers

The 36-year-old also took the opportunity to motivate others, who like him, have "has lost in business, or very down in life and having dark thoughts," that to never doubt their abilities. "I want them to think if Sreesanth can come back from hell, then I also can. I want to be an inspiration," he said.

Sreesanth, who has played 27 Tests, 53 ODIs and 10 T20Is for India, will be eligible to play cricket from next September.

He didn't forget the ordeal faced during his internment at Tihar Jail and how a 500-watt bulb, which burnt through the night in his cell, would haunt him in the years. Sreesanth admitted that he had slipped into "depression and it took me a lot of time, and therapy to recover."

"I would break down for no reason. I used to get seizures for 6-7 weeks. I couldn’t sleep as in Tihar they had that bulb that they wouldn’t switch off," he said, adding even suicidal thoughts tailed him.

Well, let’s wait for 2024. In between, enjoy what Sreesanth is offering.