When There’s A Towel In The Trousers

A self-serving BCCI, an IPL without context. When sport becomes hostage to the basest in our nature, what hope do lesser activities have? 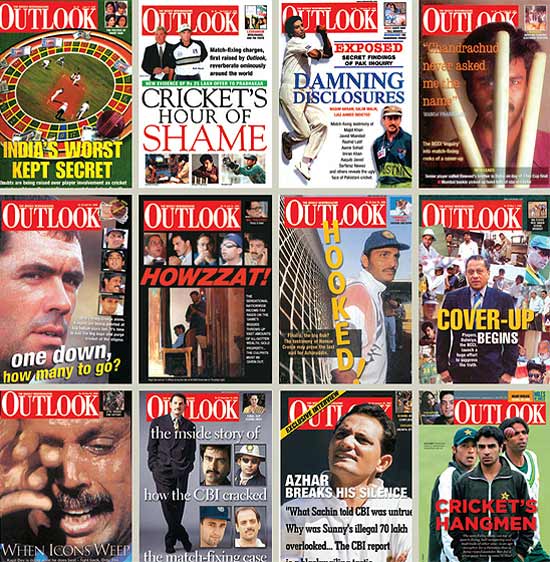 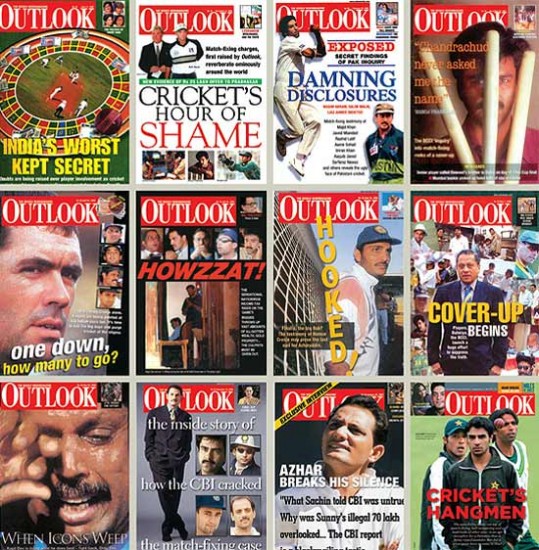 New phrases are set to enter the English language. ‘Towel in the trousers’, as euphemism for ‘thanks for your money, I am happy to betray my sport’, for example. Or ‘stretching exercise’ which means ‘giving someone time to organise nefarious activities.’ New signals, new codes to indicate to the bookies that the con is on. How did we come to this? How does a player earning in millions turn a criminal for a few dollars more?

Perhaps we are all to blame. We got complacent. We decided that such things happen only in Pakistan. We ignored the whispers around the IPL. And when we did land some criminals a decade ago, we let them get away with the odd ban when they should have been sent to jail. We didn’t think it was important to push for laws that would make our sport clean, or at least cleaner. The Delhi Police needs to be commended on two counts. First for its investigation into spot-fixing, and then for booking the players under criminal laws. The mistake in the earlier cases—after former skipper Mohammed Azharuddin confessed, “Maine match banaya (I fixed matches)”—was that no criminal cases were filed.

The Board of Control for Cricket in India showed then that it was a spineless body when it came to the big issues of the game. It had no stand on match-fixing, drugs and chucking beyond that of self-interest and a strange desire to protect the transgressors. And nothing since has inspired confidence that it had changed. Fixing as an evil was talked about, quotable quotes were flung around; more recently the cliche ‘zero tolerance’ has been heard over and over again. But corruption was never rooted out. There was a lack of will, as if the act might reveal too many uncomfortable truths. It has taken the police to do the job that might just be the beginning of a cleansing process.

It is a process that might involve team owners and others too, for surely it is naive to believe that the kingpin of the operation zeroed in on just three players when the IPL is a treasure house of has-beens and never-will-bes who make more money in two months than others in the same age and weight category make in a lifetime? If they are being paid ridiculous amounts to play well, there is a certain logic in paying even more for playing badly. Every team is bound to have at least a couple of frustrated players or those on the make who are not even forced to choose between country and self. Especially if the employers too are on the make too. The lack of context in an IPL game makes it especially vulnerable to fixers. The ‘quick buck’ concept which seems to be its underlying philosophy encourages those who want to make an even quicker buck. If the reward for bowling one bad over is 60 lakh rupees—doubtless, bookies have a rate card—why bother with comebacks and the hard work involved?

But it’s not that simple, of cou­rse. Whatever the vulnerability of the sport, all cheating is down to the vulnerability of the sportsman. Unexpectedness is at the root of competition. Once that is taken out of the equation, sport loses the right to exist. If even one event in a series of discrete, independent events that is a cricket match is controlled by an outside source, then the whole match is tainted. That is why morally there is no difference between match-fixing and spot-fixing, although some see the latter as a lesser evil. But a simple example will suffice. In the Mumbai-Rajasthan IPL game, the former won by 14 runs. It was in this game that Sreesanth gave away 14 runs for 60 lakh. You do the math.

Neither Ankit Chavan, 27, nor Ajit Chandila, 29, had a realistic chance of playing for India and earning through cricket legally the amounts they could make illegally. Sreesanth’s case is more complex. At 30, a combination of injury and erratic behaviour had ensured that the initial promise would remain unfulfilled. Still, it was not the end. Recently, Greg Chappell had suggested that he might make a difference to India on the tour of South Africa, where his bowling earned the country a Test win in 2010. He was earning two crore as a Rajasthan Royals player, was guaranteed iconic status for life in his home state of Kerala, and had a few career options post-cricket: as an actor, a singer, a hotelier and so on.

Why such a man would dip into the poisoned chalice is a study for psychologists. If sport, art and literature, some of the highest levels man can attain physically, emotionally and intellectually, become hostage to the basest that is in our nature, what hope do lesser activities have? If exemplary punishment is at one end of the scale, we must explore the possibility of mentoring or psychological help at the other. Sport is a high-stress job and at the highest level it is sometimes difficult to find solace even among colleagues. Perhaps this is where a mentor or a Board-appointed counsellor might be useful, advising players. Such a person (or group of persons) might have been the responsibility of a Pla­yers’ Association, but the BCCI has always viewed such a move as the creation of a trade union and, even on the few occasions when an association has been formed, seen it as an adversary.

Yet, peers understand the problems of players, the weaknesses that motivate their act­ions; counselling might make a difference. Still, one has to be practical. Like diabetes, spot-fixing cannot be cured. Every generation has its share of weak, insecure players of flexible moral fibre who will be drawn to the rewards of criminality. On the field of play, sport tends to deify the cheat who doesn’t get caught, and it is easy to expect the same in real life too. Sport and morality have a special relationship. The very artificiality of sport gives us the right to inject it with a greater moral purpose than, say, business or politics. Sport, as one commentator pointed out, is not real life, but a moral preparation for real life.

If too much money is a root cause of the problem, it might even lead to a solution. Sponsors can lean on cri­cket boards to clean up their act. No sponsor would like to be associated with a tainted sport, so that is a marketing rather than a moral decision. Whatever the springs of motivation, it will help clean up the sport and restore the fan’s faith. Let us not make the same mistake we made at the turn of this century.

“This Is Because One Person Has Too Much Clout”