Olympics Sports: Grit, Guts And Glory But Where's The Money?

There is much chest-thumping and patting of backs, but few are spending big money to support Olympics sports. While stars such as Mary Kom and PV Sindhu are currently the influencers of the season, but why do their brand value fade in comparison to cricketers? 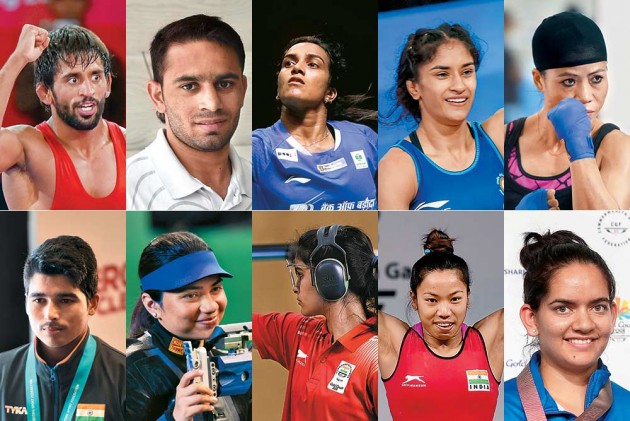 There have been a lot of firsts for India at the ongoing Tokyo Olympics. First medal in men’s hockey in 41 years. First semi-final entry by women’s hockey team. First victory in fencing. First instance of a woman securing two Olympics medals. People have expressed pride and joy through posts on social media. But, if you cut out the sentimentality and look at the hard currency flowing in to support the players, a sobering hypocrisy is revealed. While the government cut the sports budget by Rs 2.30 billion in the Olympics year, almost all of the corporate sponsorship money is going to cricket and precious little is spared for Olympics sports.

At the first glance, things seem to be improving. The Indian Olympic Association (IOA) has roped in 13 corporate sponsors this time around, against 9 for 2016 Rio Olympics; and the total value of sponsorships has gone up 40%.  The IOA raked in a total of Rs 250 million from brands such as Mobile Premier League (MPL), Edelweiss, INOX Group, Amul and JSW Group.

The outcome was surprisingly good, considering the uncertainty surrounding the Tokyo Olympics, says Neerav Tomar, managing director of sports management firm IOS Sports & Entertainment. Most of the deals were made in the first week of June, with Adani Group coming on board as late as the opening day of the event.

“The postponement was a big drawback. Amid the second wave in the country, we had to wait for the right time,” says Tomar.

But, if you take a second look and consider the money being spent now against the money spent on cricket, you see a different picture. For the Tokyo Olympics, the principalsponsor is MPL Sports Foundation, the community arm of esports platform Mobile Premier League, which signed a deal for Rs 80 million. And, this includes the Asian and Commonwealth Games next year. The IPL 2020’s principal sponsor Vivo promised a whopping Rs 4.4 billion!

Struggles to get sponsors on board for Olympics and Olympic sports in India pre-date the pandemic. In 2016, the IOA signed up a professional sports marketing agency to whip up corporate interest.

IOS, which was set up in 2005, initially encountered minimal interest in Olympic sports. Then, medals won by India at the 2008 Beijing Olympics led to a considerable improvement in sentiment. Suddenly, corporates were scouting for influencers for their brands and stars such as Saina Nehwal and Mary Kom shone bright.

Still, brand value of Olympians was much, much lower than cricketers. For instance, PV Sindhu--the only Indian woman to win two Olympic medals—has a brand value of about $12 million compared to Virat Kohli’s $237 million, according to consultant Duff & Phelps’ estimates for 2020.

Perhaps, more disappointingly, rise of these world-class players has not translated into greater corporate interest. The Premier Badminton League (PBL), for example, inaugurated in 2016 amid much fanfare has struggled to draw sponsorship support. Last year, Star Sports, which already holds the broadcast and inventory rights for the PBL, took over the league’s title sponsorship rights since it could not find a replacement for Vodafone. The mobile service provider had declined to extend the PBL title sponsorship contract on completion of its four-year deal.

The state of hockey, the sport that served up two great surprises for the country, tells a similar story. In a first, a state government decided to sponsor a national team because there was little interest from elsewhere. In 2018, the Odisha government announced a five-year deal with Hockey India to replace Sahara as the sponsor of all national teams—junior and senior, men and women—in a deal estimated to be worth about Rs 1.5 billion.

In a cricket-crazy nation, a gap in sponsorships is understandable, analysts say. But the sheer breadth of it is staggering. In its report, GroupM ESP, the entertainment, esports and sports division of GroupM India, estimated that the size of the Indian Sports Industry’s sponsorship budget in 2020 is Rs 58.94 billion, out of which 87% goes to cricket. Like salt over a wound, for the Tokyo Olympics, the biggest contribution came in the form of a “donation” by the Indian cricket board, which gave Rs 100 million following a request made by the cash-strapped IOA. That’s just slightly more than what BCCI pays Virat Kohli under his annual contract.

Most corporates sponsor non-cricket sports through similar donations or as acts of “philanthropy”, and not through their marketing budget. Take for example Adani Sportsline and Reliance Foundation Youth Sports, which support Olympics athletes. Even MPL uses similar language to describe its association with the Games.

Other new-age tech startups such as CRED, WazirX and Dream11 are focused on cricket.

Sponsors want to lap on the “human spirit of feeling good” that the Olympics bring, Tomar says. However, the flow of money still depends on eyeballs and no sport can catch up with cricket even in the next few decades, he says.