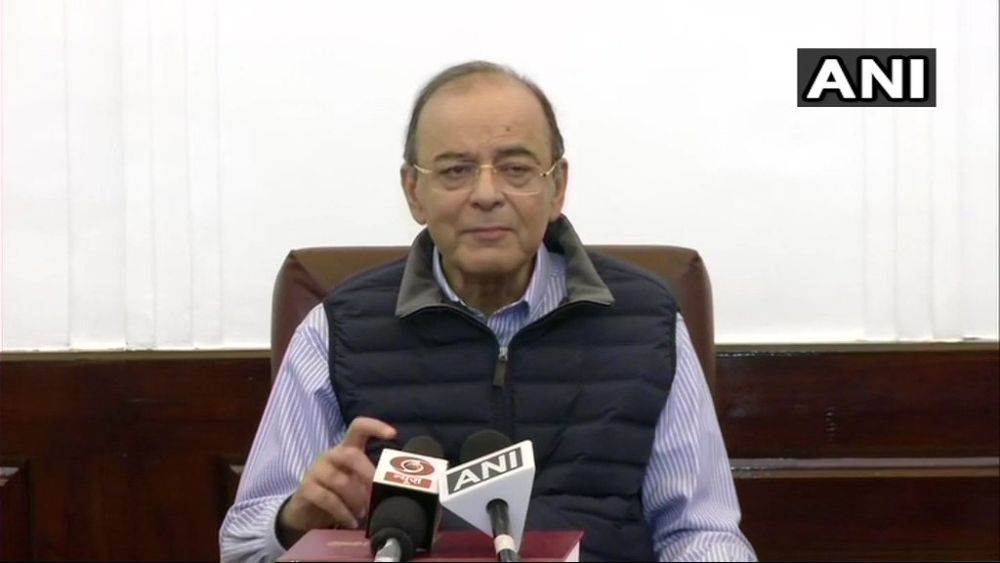 Finance Minister Arun Jaitley Thursday jumped to defend the revision in India's GDP growth rate during the previous UPA era, saying the Central Statistics Office (CSO), which came out with the revised numbers, was a credible organisation and maintains arm's length distance from the finance ministry.

A day after Chief Statistician Pravin Srivastava, in an unusual move, announced the revised numbers based on back series data alongside Niti Aayog vice chairman Rajiv Kumar, Jaitley said, "I don't think any service is being rendered by those who discredit the highly credible organisation, CSO."

"Data is realistic. It is not fictional. And this formula is globally more comparable. So what was welcomed by the UPA in 2015 is now being criticised in the year 2018, because it revises it downwards," he told reporters.

"Niti Aayog's revised GDP numbers are a joke. They are a bad joke," he had tweeted. "Actually they are worse than a bad joke. The numbers are the result of a hatchet job."

Jaitley said when the CSO had revised upward the growth rate of 2012-13 and 2013-14, the then government had welcomed the decision.

The same yardstick has been applied by the CSO while revising the growth downwards, he said.

Just months before the general elections, the country's economic growth rate during the previous Congress-led UPA regime was lowered Wednesday, shaving off over 1 percentage point from the only year when India posted double-digit GDP growth post liberalisation and from each of the three years with 9-plus per cent expansion.

Chidambaram had called the revision a "hatchet job" by Niti Aayog.

"Now that Niti Aayog has done the hatchet job, it is time to wind up the utterly worthless body," he had tweeted. "The earlier numbers were calculated by the National Statistical Commission. Has the commission been disbanded?"

"Former Chief Statistician Pranab Sen is absolutely correct. Niti Aayog has nothing to do with tabulation of data," he had said. "I wonder if Niti Aayog Vice Chairman Rajiv Kumar will agree to a debate the data than telling journalists that their questions are "undeserving of an answer", he said.