In an exclusive article, Kerala Finance minister tears into the 15th Finance Commission’s terms of reference, which he says are undemocratic, anti-federal and divisive 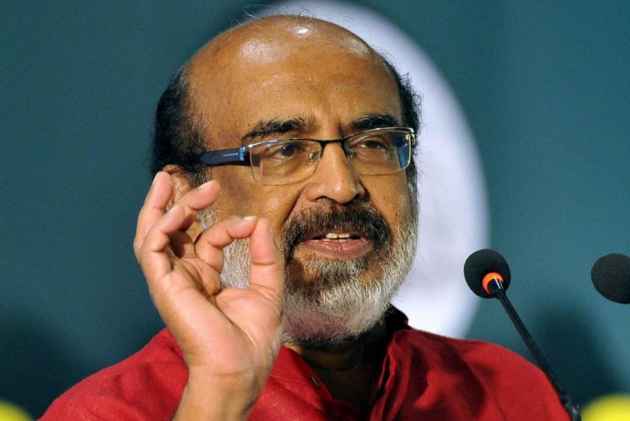 The Finance Ministers of the southern states will meet in Thiruvananthapuram today ( April 10) at a conference convened by Kerala to discuss the concerns and views on the Terms of Reference of the 15th Finance Commission.

Talking to reporters, Kerala Finance Minister T M Thomas Isaac said the changes in the Terms of Reference (ToR) of the 15th Finance Commission, that would adversely affect the southern states, has not become a debate in the country.

Ahead of the Summit, Thomas Issac had wrote an article in Outlook listing  out his concerns over the Finance Commission. Read it Below

The Terms of Reference of the 15th Finance Commission notified by the Union Government has fired up the debate whether it tears the federal fabric of the country.

Article 280 of the Constitution mandates setting up the Finance Commission every five years. Its main purpose is to recommend the percentage of Union taxes to be shared with the states and for devolving grants-in-aid under Article 275. The basis for this sharing and devolving is that the states have substantial Constitutional obligations, especially in the social sectors, but a larger proportion and more elastic revenue sources are with the Union. In other words, sharing is not gratis from the Centre, but a Constitutional right.

However, the formation of the Finance Commissions and deciding their terms of reference have been the exclusive preserve of the Centre, and this is against the grain of federalism.

Though the main Constitutional duty of the Finance Commissions is to lessen the inequity between the Centre and the States, and to correct the fiscal capacity imbalance between the states, in the post -1990s, the Finance Commissions have also become a vehicle for incentivising and coercing the States to implement fiscal reforms like deficit targeting. This is done citing the Constitutional provision (Article 280(2) (c) that allows recommendations in the interest of sound finance.

The Finance Commissions, since the 11th , have been consistently doing this by linking grant disbursement and debt relief packages to implementing Fiscal Responsibility and  Budget Management Acts (FRBMA), adhering to zero Revenue Deficits and 3 percentage Fiscal Deficit GSDP ratio.  A look at the Terms of Reference of the 15th Finance Commission leaves no doubt in one’s mind that this role is being carried further. What is more disturbing are the undemocratic and anti-federal tenor of some of the Terms of References and their role in worsening the divide between the States.

Terms of Reference As a vehicle for incentivising Neo Liberal Reforms

The Terms of Reference (TOR 5) of the 15th Finance Commission gives a feeling that attempt is going to be made to enforce even more draconian restrictions on the fiscal space of the states.

The FRBMA Review Committee, 2017, had recommended that instead of deficit targeting, Debt-GSDP ratio should be anchored to 60% level (40% for the Centre and 20% for the States), and accordingly Fiscal  Deficit-GSDP ratio should be glided  down to 2.5% for the Centre and 1.7 percent for the States by 2022-23. This is a sharp reduction from the present 3% level. Unless, the revenue position of the Centre as well as the States improves markedly (which is unlikely at present), this would require a substantial cut on expenditure. The economy is showing palpable signs of slowdown and a cutback in public expenditure would have a second -round contraction effect. The initial GST revenues have also not been very encouraging.The suggested debt anchor to 60% and corresponding gliding down of Fiscal Deficit ratios are a resurrection of pre-Keynesian fiscal orthodoxy nomenclatured as “British Treasury View” of balanced budget.  Putting this into practice a century later, when signs of economic slowdown are gathering momentum, does not augur well when a proactive counter cyclical fiscal policy is the need of the hour.

In what could be debilitating for the state finances, the Terms of Reference also asks: whether there should be Revenue Deficit (RD) grants at all?.

Till the 14th Finance Commission -- post tax devolution Article 275 grants were called Non-Plan Revenue Deficit (NPRD) -- grants were a very important source of flexible part of Central Devolution and a means for augmenting Consolidated Fund of the State. The 14th Finance Commission awarded Revenue Deficit (RD) grants taking a holistic view of plan and non-plan revenue expenditure. When the State Finances are likely to be stressed in the immediate future due to a) pay commission awards, b) problems in implementation of GST c) need for spending social and economic sectors and d) interest liabilities on UDAY bonds, the Terms of Reference, if implemented, would severely strain the State Finances.

Terms of Reference (7, VIII) is about “Control or lack of it on Populist measures”.This is vague and open to wide interpretations.  Through this, the Finance Commission would get authority to restrain democratically elected governments from implementing promises made to people in the election manifestoes. Any measure from welfare pensions to food subsidy can be selected for attack. This strikes at the root of democratic polity.

Exacerbating the Divide between the States

Another area of concern is doing away with 1971 population as a criterion for tax devolution (Terms of Reference -8). States which have achieved demographic and health indicators and controlled population would substantially lose out, and their loss will be in proportion to the weight the 2011Population criterion gets in the Tax Devolution formula. Table below gives the comparative position of the States when 1971 and 2011 population are used. All Southern States, Assam, Himachal Pradesh, Punjab and West Bengal would be losing when 2011 population number is used.

Table Comparative Scenario of the States with 2011 and 1971 Population Shares: It is pertinent to note that the losing states like Kerala have reached replacement rates of population and are now not able to reap the demographic dividend of new labour force. They have also incurred a huge fiscal cost to achieve this progress and now are bearing the burden of revenue deficits. Their loss needs to be considered in the tax devolution formula, lest the 15th Finance Commission award becomes a disincentive for achievements in human development, which has come through conscious public action.

Finance Commissions turning into a monitoring agency doesn’t befit its Constitutional role. As Finance Commission is not an on-going body, any monitoring mechanism suggested by it would become a Central officials’ supervision over the State governments.

The part of Terms of Reference (6 (iv)) challenges the basic framework of federalism. It states that: “The impact of the fiscal situation of the Union Government of substantially enhanced tax devolution to the States following recommendation of the 14th Finance Commission, coupled with the coming imperative of national development programme including New India-2022”

In a framework of cooperative federalism, there has to be a consensual approach. With states and Local Self Governments being closer to the people benefiting from the programmes, they should have the prime role. A substantially enhanced devolution would naturally ensure implementation of these programmes in a better way and there should not be any room for the apprehension expressed in the Terms of Reference 6 (iv). In fact, a larger untied allocation for measurable outcomes should be better than the Centre spending from its own resources as tied grants.

All talk of Co operative Federalism seems to have evaporated into thin air, as can be seen from the Terms of Reference. States will have to effectively take a position on these issues in their memorandums to the 15th Finance Commission, if they are to retain their rightful position in the federal polity.

(The author is the Finance Minister of Kerala and economist)