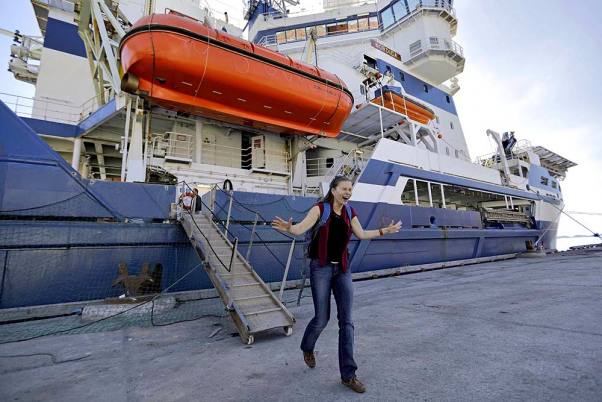 Researcher Daria Gritsenko steps onto land for the first time since setting sail aboard the Finnish icebreaker MSV Nordica as it arrives into Nuuk, Greenland, after traversing the Northwest Passage through the Canadian Arctic Archipelago. After 24 days at sea and a journey spanning more than 10,000 kilometers (6,214 miles), the MSV Nordica has set a new record for the earliest transit of the fabled Northwest Passage. The once-forbidding route through the Arctic, linking the Pacific and the Atlantic oceans, has been opening up sooner and for a longer period each summer due to climate change.