China’s government has strictly controlled all research at home into the origins of the virus, while state-owned media have played up fringe theories that suggest the virus could have originated elsewhere. 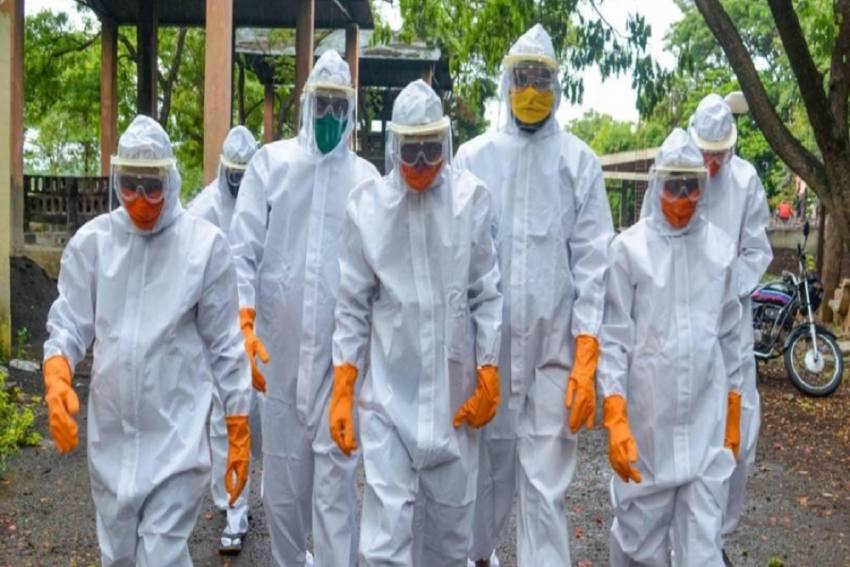 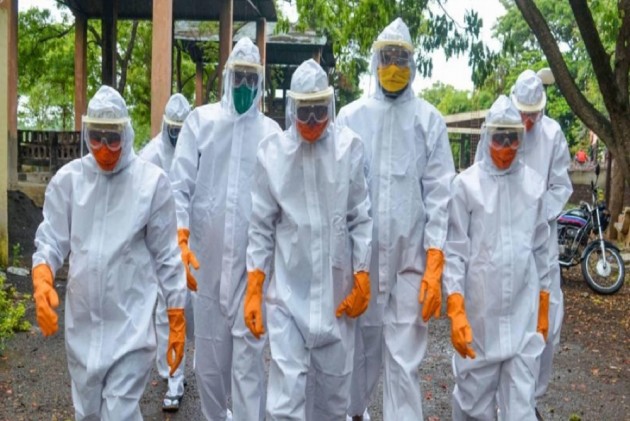 Experts from the World Health Organization are due to arrive in China this week for a long-anticipated investigation into the origins of the coronavirus pandemic, the government said Monday.

The experts will arrive on Thursday and meet with Chinese counterparts, the National Health Commission said in a one-sentence statement that gave no other details.

It wasn’t immediately clear whether the experts would be travelling to the central Chinese city of Wuhan, where the coronavirus was first detected in late 2019.

Negotiations for the visit have long been underway. WHO Director-General Tedros Adhanom Ghebreyesus expressed disappointment last week over delays, saying that members of the international scientific team departing from their home countries had already started on their trip as part of an arrangement between the WHO and the Chinese government.

China’s government has strictly controlled all research at home into the origins of the virus, an Associated Press investigation found, while state-owned media have played up fringe theories that suggest the virus could have originated elsewhere.

The AP investigation found that China’s government is handing out hundreds of thousands of dollars in grants to scientists researching the virus’ origins in southern China. But it is monitoring their findings and mandating that the publication of any data or research must be approved by a new task force managed by China’s Cabinet, under direct orders from President Xi Jinping, according to internal documents obtained by the AP.

The culture of secrecy is believed to have delayed warnings about the pandemic, blocked the sharing of information with the WHO and hampered early testing. Australia and other countries have called for an investigation into the origins of the virus, prompting angry responses from Beijing.

After Tedros’ statement, China’s Foreign Ministry said that the country was open to a visit by WHO experts, but that it was still working on “necessary procedures and relevant concrete plans.” China’s disease experts are currently busy with multiple small-scale virus clusters and outbreaks that have been reported in the past couple of weeks, ministry spokesperson Hua Chunying said.

“Our experts are wholeheartedly in the stressful battle to control the epidemic,” Hua said.

There was no immediate comment from the WHO on Monday’s announcement, but U.N. spokesperson Stephane Dujarric had earlier told reporters at U.N. headquarters in New York that Secretary-General Antonio Guterres “is fully supportive of Dr. Tedros’ and WHO’s efforts to get a team in there.”

“It’s very important that as the WHO is in the lead in fighting the pandemic, that it also has a leading role in trying to look back at the roots of this pandemic so we can be better prepared for the next one,” Dujarric said. “We very much hope” that China’s reported comments that it is working with the WHO and looking for a smooth visit “will happen.”

The virus’ origins have been the source of intense speculation, much of it centred around the likelihood that it was carried by bats and passed to humans through an intermediary species sold as food or medicine in traditional Chinese wet markets.

China has largely stemmed new cases of domestic transmission but said Monday that scores of people have tested positive for the coronavirus in Hebei province, bordering Beijing.

That outbreak comes amid measures to curb the further spread of the virus during next month’s Lunar New Year holiday. Authorities have called on citizens not to travel, ordered schools closed a week early and conducted testing on a massive scale.

China has recorded 87,536 total cases of the virus, including 4,634 deaths. Hospitals are currently treating 673 people for Covid-19, while 506 others are in isolation and under observation after testing positive without showing symptoms., officials said.

The Hebei outbreak has raised particular concern because of the province’s proximity to Beijing. Parts of the province are under lockdown and interprovincial travel has been largely cut off, with those entering Beijing to work having to show proof of employment and a clean bill of health.

Beijing has also seen a handful of new cases, prompting authorities to lock down some suburban communities and require residents to show negative test results to access grocery stores and other public spaces.