Downing Street said Johnson remains conscious and is receiving 'excellent care', for which he thanks all National Health Service (NHS) staff for their hard work and dedication. 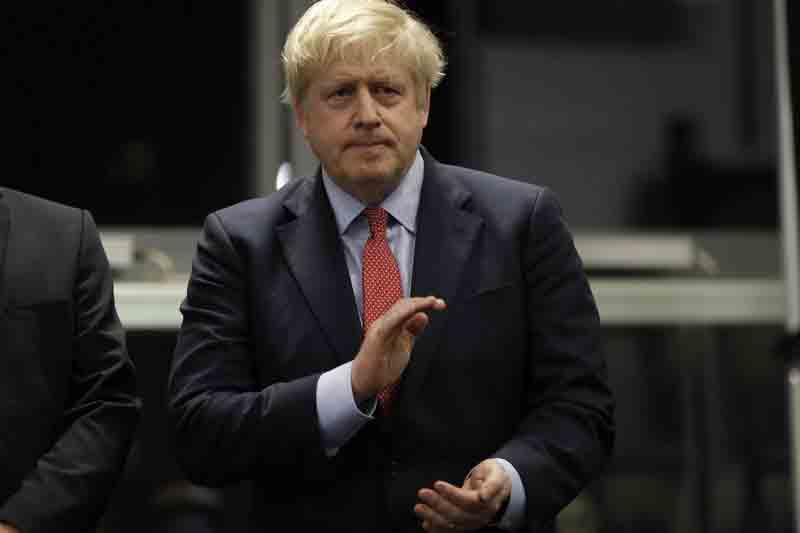 British Prime Minister Boris Johnson, who was in the hospital due to persistent coronavirus symptoms, has been taken into intensive care after his condition worsened, Downing Street has said.

Johnson, 55, asked UK foreign secretary Dominic Raab to deputise for him as he was moved on Monday to the Intensive Care Unit (ICU) at St Thomas’ Hospital in London, a move Downing Street said was a “precaution” should he require ventilation to aid his recovery.

“Over the course of this afternoon (Monday), the condition of the Prime Minister has worsened and, on the advice of his medical team, he has been moved to the ICU at the hospital,” a Downing Street spokesperson said.

“The PM has asked Foreign Secretary Dominic Raab, who is the First Secretary of State, to deputise for him where necessary," the spokesperson said.

Raab, speaking after taking temporary charge, said the “team spirit” within the government would be focussed on taking Johnson’s plans to defeat the pandemic forward.

The minister said: “The government's business will continue. The Prime Minister is in safe hands with that brilliant team at St Thomas' hospital, and the focus of the government will continue to be on making sure that the Prime Minister's direction, all the plans for making sure that we can defeat coronavirus and can pull the country through this challenge, will be taken forward".

"There's an incredibly strong team spirit behind the Prime Minister, and making sure that we get all of the plans the Prime Minister's instructed us to deliver, to get them implemented as soon as possible. And that's the way it will bring the whole country through the coronavirus challenge that we face right now,” the minister said.

Downing Street said Johnson remains conscious and is receiving “excellent care”, for which he thanks all National Health Service (NHS) staff for their hard work and dedication.

Earlier in the day on Monday, Johnson had messaged from his hospital bed to say that he was in “good spirits” and staying in contact with his ministers to oversee the UK’s coronavirus fightback despite his hospitalisation on Sunday night due to persistent COVID-19 symptoms.

He was last seen in public applauding the NHS and other key workers just outside his flat in Downing Street last Thursday and posted his last Twitter video message on Friday in which he said he was still displaying minor symptoms.

"I still have a temperature. So in accordance with government advice I must continue my self-isolation until that symptom itself goes. But we're working clearly the whole time on our programme to beat the virus," he said.