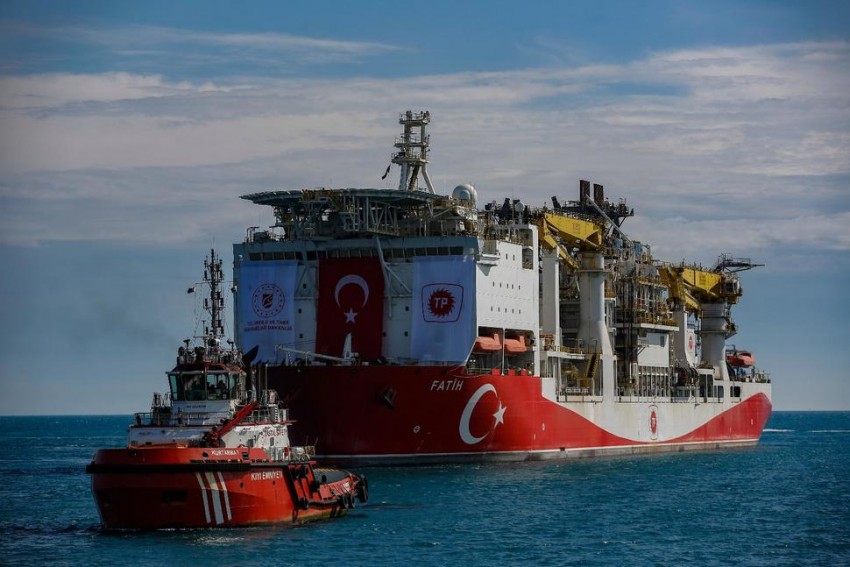 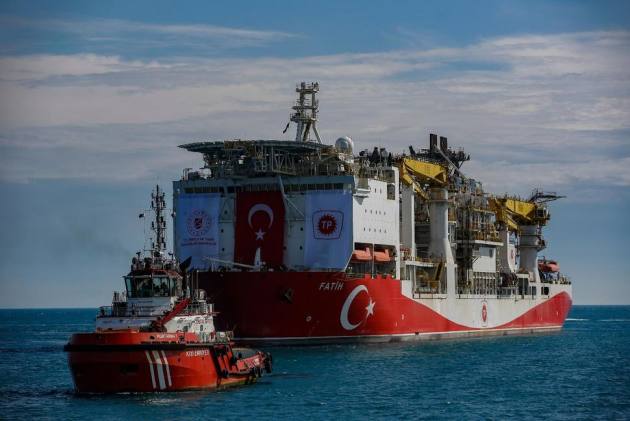 Turkish President Recep Tayyip Erdogan announced on Friday the discovery of a large natural gas reserve off the Black Sea coast that will help ease the country's dependence on imports.

Erdogan said the amount of gas discovered is 320 billion cubic meters, a sum industry analysts said was notable but not a “game-changer” that might turn the country into a regional energy hub or materially alter its financial fortunes.

Turkey hopes to start extracting and using the gas by 2023, when Turkey marks the centenary of the founding of the republic, Erdogan said.

"Turkey has realized the greatest natural gas discovery in its history,” he said. “We are determined to solve our energy issue. We will not stop until we become a net exporter of energy.”

Independent experts were less convinced of that claim.

Ulrich Leuchtmann, head of foreign exchange research at Commerzbank, said the discovery is positive news for Turkey, “but it's not the game changer that some were expecting" after earlier reports suggested the find would meet Turkey's energy needs for the next two decades.

He also noted that it usually takes up to a decade to extract gas from a new discovery and that investors seem skeptical about the claim that the find would eliminate Turkey's current account deficit.

While the find is significant, it's smaller than other discoveries in the nearby eastern Mediterranean. It's about a third of Egypt's Zohr field, one of the largest discovered in the Mediterranean, which is estimated to hold 850 billion cubic meters, or 30 trillion cubic feet of natural gas.

The Turkish drilling ship, Fatih, had been carrying out exploration operations in the western Black Sea for the past month.

The discovery comes as tensions between NATO allies Turkey and Greece are running high over oil and gas exploration in disputed waters in the eastern Mediterranean.

Greek and Turkish warships have been shadowing each other after Turkey sent a research ship to look for potential undersea oil and gas deposits. France has also sent ships to monitor the eastern Mediterranean in support of Greece.

The Turkish ship is scheduled to search for energy reserves there until August 23.

Turkey is also at odd with Cyprus over energy exploration around the island. It has dispatched warship-escorted vessels off Cyprus's coast to drill for gas, insisting that it's acting to protect its interests and those of Turkish Cypriots. The Greek Cypriot government of the ethnically split island has slammed Turkey for encroaching in its waters and economic rights.

The discovery of the natural gas in the Black Sea comes as a welcome respite for the country, which depends on Iran, Iraq and Russia for its energy and is grappling with economic woes. Last year, energy imports cost the country USD 41 billion.

The Turkish lira has tumbled to record lows this months, fueled by high inflation, a wide current account deficit and the Turkish government's push for cheap credit to drive an economy that was already fragile before the COVID-19 pandemic hit.

“Natural gas or oil weren't found in our country for years,” said Ayhan Ozkan, 58. “I am unbeliavably happy. I hope it will be beneficial for our country.”

Meanwhile, French Defense Minister Florence Parly defended the stepped-up French military presence in the region, saying it's not aimed at “stoking the coals” of conflict.

“The goal is to show our support for our Greek and Cypriot partners ... and our attachment to international law and freedom of navigation.”

She expressed hope in German mediation efforts between Turkey and Greece and hope in restoring a “positive agenda with Turkey” after Turkish “excesses.”