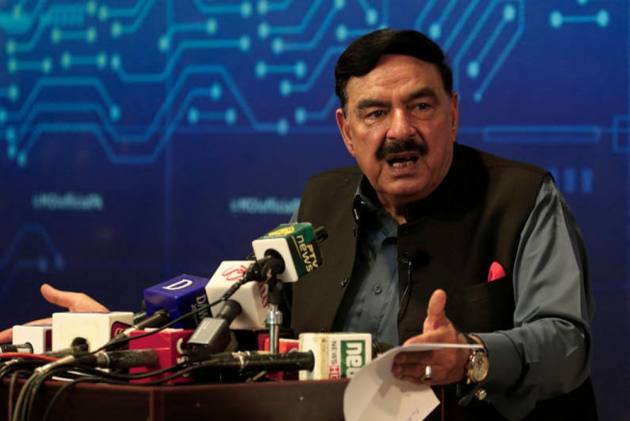 Pakistan is not setting up any new camp to accommodate Afghan refugees trying to flee the war-ravaged neighbouring country after the Taliban seized power in Kabul, Interior Minister Sheikh Rasheed Ahmad has said.

Rashid said that there are no Afghan refugees at the border and the government has not established any camp in the area, the Business Recorder newspaper reported.

Rashid's statement came on Sunday during his visit to the Torkham border after reports that people were massing at the border and trying to enter Pakistan which already has been hosting about 3 million Afghan refugees.

According to officials, about half of the refugees staying in Pakistan are illegal as they have not been registered in the country. Officially about 1.5 million are registered and have documents to stay, carry out businesses and move across the border.

Pakistan has been saying since the unfolding of the current Afghan crisis that it will not accept any more refugees. But its ministers have been issuing contradictory statements about allowing Afghans to come.

While the interior minister has taken a tough line on the issue, Minister for Information Fawad Chaudhary, said last week that the policy about women and children might be different. However, so far no clarification has been issued.

Officially it has also been stated that Pakistan has issued visas and travel documents to about 4,000 people in Afghanistan to enter Pakistan at the height of the evacuation crisis. It is said that most of them were given three-week transit visas to fly to various destinations in the West.

On August 15, the Taliban seized power in Afghanistan, two weeks before the US was set to complete its troop withdrawal after a two-decade war.

The insurgents stormed across the country, capturing all major cities in a matter of days, as Afghan security forces trained and equipped by the US and its allies melted away.