It’s Been A Very Interesting Journey: Donald Trump on Covid-19

‘I learned a lot about Covid-19,’ U.S President Donald Trump said in a video message posted on social media. Trump and his wife Melania have tested positive for Covid-19 and are currently undergoing treatment. 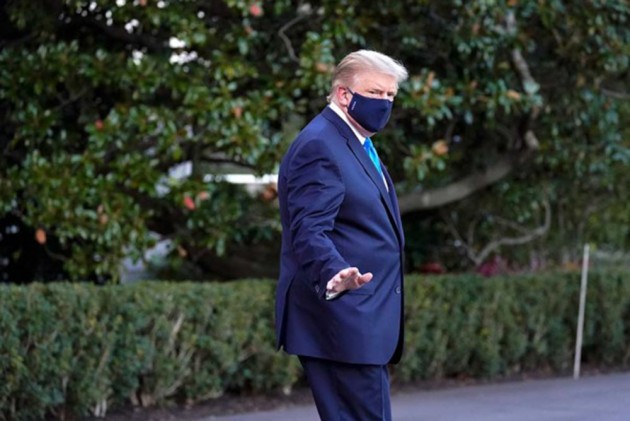 US President Donald Trump made a surprise drive-by to wave at his supporters outside a military hospital where he has been admitted since Friday, receiving treatment for Coronavirus.
The brief drive through Rockville Pike in Bethesda, a Maryland suburb of Washington DC, that separates the National Institute of Health and Walter Reed National Military Medical Center, brought cheers to his supporters.

“I really appreciate all of the fans and supporters outside of the hospital. The fact is, they really love our Country and are seeing how we are MAKING IT GREATER THAN EVER BEFORE!” Trump said in a tweet soon thereafter.

I really appreciate all of the fans and supporters outside of the hospital. The fact is, they really love our Country and are seeing how we are MAKING IT GREATER THAN EVER BEFORE!

Donald Trump and the First Lady tested positive for Covid-19 on Thursday night. Trump was moved to the military hospital on Friday. On Sunday, before going out to wave at his supporters, Trump in a video posted on his Twitter handle said he will give “a little surprise to some of the great patriots, who have been on the streets, and they have been out there for a long time.” In his short video message, Trump said that he has learnt a lot about COVID-19. “This is the real school. I get it. I understand it,” he said.

White House Correspondents Association (WHCA) expressed its outrage at the decision of the president. “It is outrageous for the president to have left the hospital — even briefly — amid a health crisis without a protective pool present to ensure that the American people know where their president is and how he is doing,” the WHCA said in a statement.

Earlier in the day, his doctors said the president was doing well, and he had not had fever since Friday. Doctors have expressed hope that the president might be discharged from the hospital on Monday.