In A First, UN Treaty Banning Nuclear Weapons Set To Enter Into Force

The Treaty on the Prohibition of Nuclear Weapons is now part of international law, culminating a decades-long campaign aimed at preventing a repetition of the US atomic bombings of Hiroshima and Nagasaki at the end of World War II. 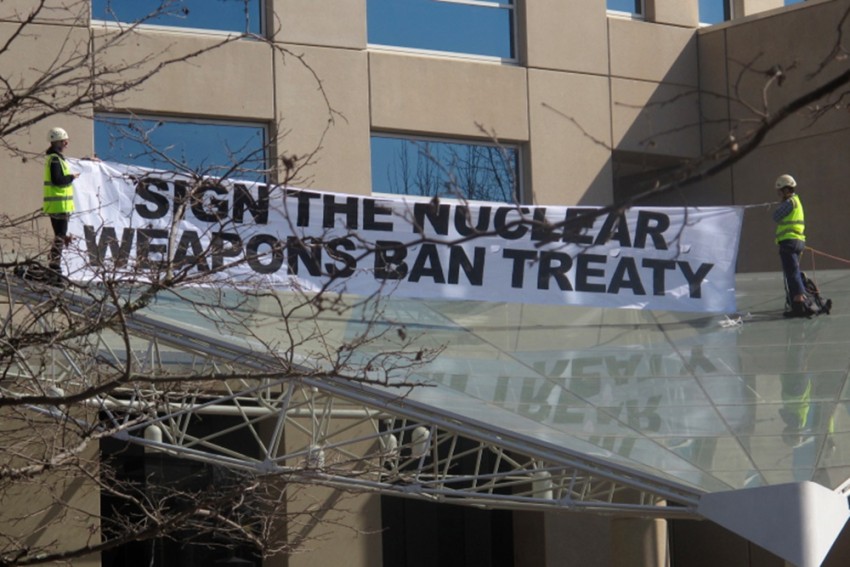 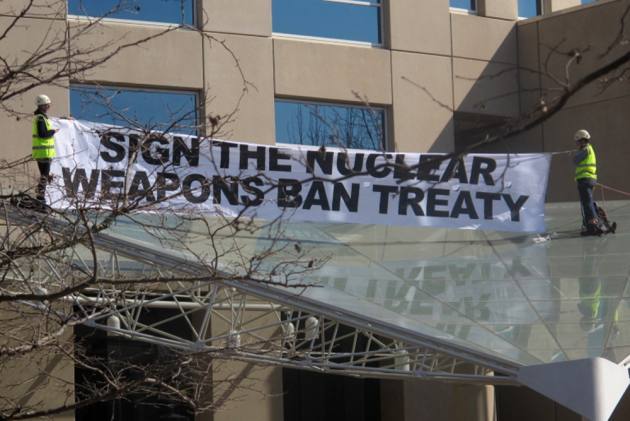 The first-ever treaty to ban nuclear weapons entered into force on Friday, hailed as a historic step to rid the world of its deadliest weapons but strongly opposed by the world's nuclear-armed nations.

The Treaty on the Prohibition of Nuclear Weapons is now part of international law, culminating a decades-long campaign aimed at preventing a repetition of the US atomic bombings of Hiroshima and Nagasaki at the end of World War II. But getting all nations to ratify the treaty requiring them to never own such weapons seems daunting, if not impossible, in the current global climate.

When the treaty was approved by the UN General Assembly in July 2017, more than 120 approved it. But none of the nine countries known or believed to possess nuclear weapons — the United States, Russia, Britain, China, France, India, Pakistan, North Korea and Israel — supported it and neither did the 30-nation NATO alliance.

Japan, the world's only country to suffer nuclear attacks, also does not support the treaty, even though the aged survivors of the bombings in 1945 strongly push for it to do so. Japan on its own renounces use and possession of nuclear weapons, but the government has said pursuing a treaty ban is not realistic with nuclear and non-nuclear states so sharply divided over it.

Nonetheless, Beatrice Fihn, executive director of the International Campaign to Abolish Nuclear Weapons, the 2017 Nobel Peace Prize-winning coalition whose work helped spearhead the treaty, called it “a really big day for international law, for the United Nations and for survivors of Hiroshima and Nagasaki.”

The treaty received its 50th ratification on Oct 24, triggering a 90-day period before its entry into force on Jan 22.

As of Thursday, Fihn told The Associated Press that 61 countries had ratified the treaty, with another ratification possible on Friday, and “from Friday, nuclear weapons will be banned by international law” in all those countries.

The treaty requires that all ratifying countries “never under any circumstances ... develop, test, produce, manufacture, otherwise acquire, possess or stockpile nuclear weapons or other nuclear explosive devices.” It also bans any transfer or use of nuclear weapons or nuclear explosive devices — and the threat to use such weapons — and requires parties to promote the treaty to other countries.

Fihn said the treaty is “really, really significant” because it will now be a key legal instrument, along with the Geneva Conventions on conduct toward civilians and soldiers during war and the conventions banning chemical and biological weapons and land mines.

“Nuclear weapons pose growing dangers and the world needs urgent action to ensure their elimination and prevent the catastrophic humanitarian and environmental consequences any use would cause,” he said in a video message. “The elimination of nuclear weapons remains the highest disarmament priority of the United Nations.” But not for the nuclear powers.

As the treaty was approaching the 50 ratifications needed to trigger its entry into force, the Trump administration wrote a letter to countries that signed it saying they made “a strategic error” and urging them to rescind their ratification.

The letter said the treaty “turns back the clock on verification and disarmament" and would endanger the half-century-old Nuclear Nonproliferation Treaty, considered the cornerstone of nonproliferation efforts.