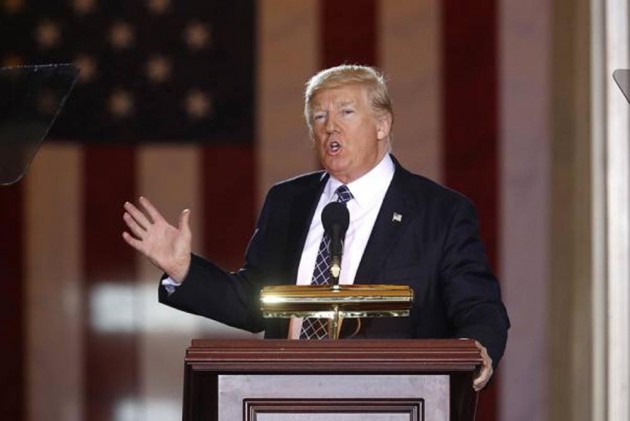 A federal judge has dismissed US President Donald Trump's Pennsylvania lawsuit seeking to invalidate millions of votes in the state. US Middle District of Pennsylvania Judge Matthew Brann on Saturday turned down a request for an injunction in the case in Pennsylvania that came as a major setback to the efforts of the incumbent president to challenge the November 3rd election results, which has been won by the Democratic presidential candidate Joe Biden.

Judge Brann, who had a few days ago alleged that she had received harassing phone calls, ruled that the Trump campaign “presented strained legal arguments without merit and speculative accusations that were unsupported by evidence.”

“In the United States of America, this cannot justify the disenfranchisement of a single voter, let alone all the voters of its sixth most populated state. Our people, laws, and institutions demand more," the judge said dismissing the lawsuit filed by the Trump campaign earlier this month alleging irregularities in the voting process.

In her scathing opinion, Judge Brann said the Trump campaign asked the court to “disenfranchise” almost seven million voters. “This court has been unable to find any case in which a plaintiff has sought such a drastic remedy in the contest of an election, in terms of the sheer volume of votes asked to be invalidated,” she said.

“One might expect that when seeking such a startling outcome, a plaintiff would come formidably armed with compelling legal arguments and factual proof of rampant corruption, such that this court would have no option but to regrettably grant the proposed injunctive relief despite the impact it would have on such a large group of citizens,” the judge added.
President-elect Biden is currently leading by more than 81,000 votes in Pennsylvania, a battleground state that has 20 electoral college seats.

Rudy Giuliani, attorney to President Trump and Jenna Ellis, senior legal adviser to Trump 2020 Campaign, in a joint statement said the decision of a federal court in Pennsylvania turns out to help the Trump campaign in their strategy to get expeditiously to the US Supreme Court. “Although we fully disagree with this opinion, we’re thankful to the Obama-appointed judge for making this anticipated decision quickly, rather than simply trying to run out the clock,” they said.

“We will be seeking an expedited appeal to the Third Circuit. There is so much evidence that in Pennsylvania, Democrats eliminated our opportunity to present 50 witnesses and other evidence that election officials blatantly ignored Pennsylvania’s law denying independent review,” they added. This resulted in 682,777 ballots being cast illegally, wittingly or unwittingly. This is just an extension of "the Big Tech, Big Media, Corrupt Democrat censorship of damning facts" the American public needs to know, Giuliani and Ellis said.

"We are disappointed we did not at least get the opportunity to present our evidence at a hearing. Unfortunately, the censorship continues. We hope that the Third Circuit will be as gracious as Judge Brann in deciding our appeal one way or the other as expeditiously as possible. This is another case that appears to be moving quickly to the United States Supreme Court,” they further said.

Lawyers’ Committee for Civil Rights Under Law, the organisation that intervened in the case, said the court verdict has dealt another blow to the president’s attempts to undermine the election results. “This should put the nail in the coffin on any further attempts by President Trump to use the federal courts to rewrite the outcome of the 2020 election,” said Kristen Clarke, president and executive director of the Lawyers’ Committee for Civil Rights Under Law.

“The court could not be any clearer in underscoring the baseless and meritless nature of the claims presented in this case. Voters across the commonwealth overcame tremendous obstacles to register their voice and this suit sought to disenfranchise them without a scintilla of evidence,” Clarke said.

The Trump campaign had asked the court to order the Pennsylvania Department of State to not certify its presidential election results because some counties contacted and permitted voters to fix mistakes with their mail ballot declarations while others did not. Judge Brann rejected these arguments.

“The court saw through the attempts by President Trump and his enablers in Washington and Harrisburg to interfere with democracy,” said Reggie Shuford, executive director of the ACLU of Pennsylvania. “The people of Pennsylvania have had their say, and it is time to put this election behind us,” she said.