Home  »  Website  »  International  »  Explained: Donald Trump's Historic Second Impeachment, What It Means, How It Will Unfold

Explained: Donald Trump's Historic Second Impeachment, What It Means, How It Will Unfold

Democrats are set to begin debate on Wednesday on a single impeachment charge, 'incitement of insurrection' 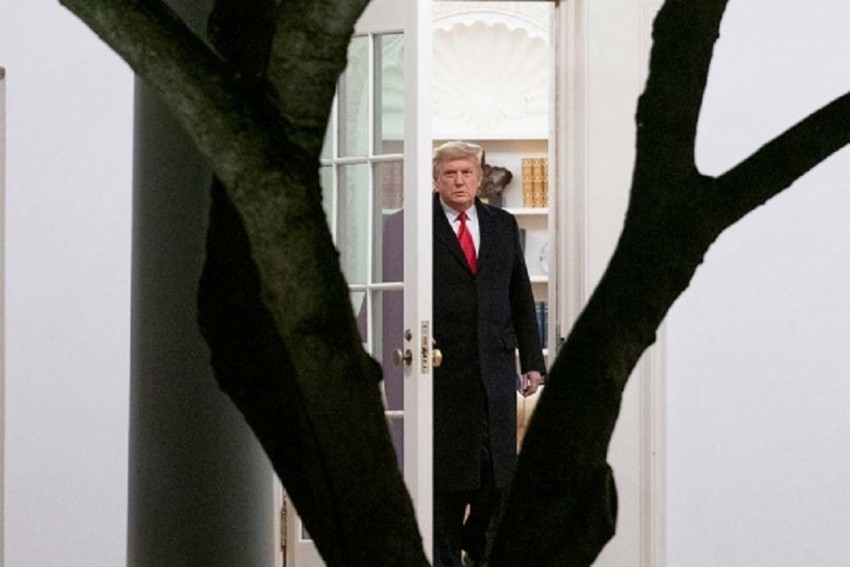 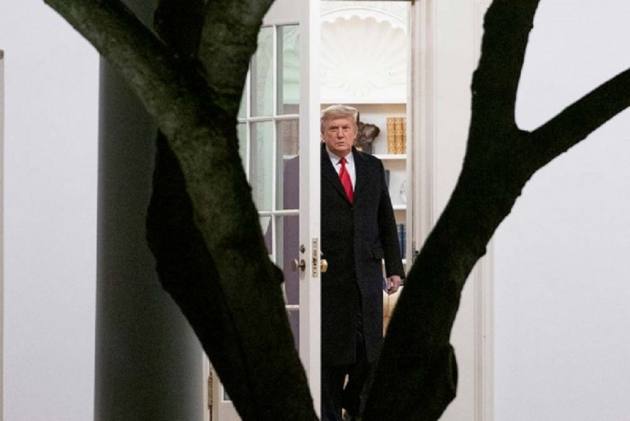 The House is expected to impeach President Donald Trump for his encouragement of supporters who stormed the U.S. Capitol, a vote that would make him the first American president to be impeached twice.

While the previous three impeachments — those of Presidents Andrew Johnson, Bill Clinton and Trump — took months before a final vote, including investigations and hearings, this time it will have only taken a week. After the rioting at the Capitol, House Speaker Nancy Pelosi said “we must take action,” and Democrats — and some Republicans — share her view ahead of Wednesday’s vote.

For now, the Republican-led Senate is not expected to hold a trial and vote on whether to convict Trump before Democrat Joe Biden is sworn in as president Jan. 20. Still, Democrats feel that action by the House would send an important message to the country.

A look at what will happen as the House moves closer to impeaching Trump in his last week in office:

The Basics of Impeachment

In normal order, there would be an impeachment investigation and the evidence would be sent to the House Judiciary Committee, which would hold hearings, draft articles and send them to the full House. That’s what happened in 2019, when the House impeached Trump over his dealings with the president of Ukraine. It took three months.

This time, with so few days to act — and a feeling among Democrats that there is little need to investigate what happened, since most members of Congress heard Trump speak to his supporters and were in the Capitol when the mob broke in — impeachment is going straight to the House floor for a vote, which would come as soon as Wednesday.

Once the House votes to impeach, the articles and evidence would be sent to the Senate, where a trial would be held and there would be final votes to convict or acquit. That’s what the Senate did in early February of last year after Trump was impeached the first time.

Democrats will begin debate Wednesday on a single impeachment charge: “incitement of insurrection.”

“President Trump gravely endangered the security of the United States and its institutions of Government,” reads the four-page impeachment article, which was introduced by Democratic Reps. David Cicilline of Rhode Island, Ted Lieu of California and Jamie Raskin of Maryland.

“He will remain a threat to national security, democracy, and the Constitution if allowed to remain in office,” it reads.

The article says the behaviour is consistent with Trump’s prior efforts to “subvert and obstruct” the results of the election and references his recent call with the Georgia secretary of state, in which he said he wanted him to find him more votes after losing the state to Biden.

Trump has falsely claimed there was widespread fraud in the election, and the baseless claims have been repeatedly echoed by congressional Republicans and the insurgents who descended on the Capitol. Just before the riots, Trump spoke to the supporters near the White House and encouraged them to “fight like hell.”

As the protesters broke in, both chambers were debating GOP challenges to the electoral vote count in Arizona as part of the process for certifying Biden’s election win.

Republican Rep. Liz Cheney of Wyoming, the No. 3 Republican in the House and the daughter of former Vice President Dick Cheney, said she would vote to impeach Trump because “there has never been a greater betrayal by a President of the United States of his office and his oath to the Constitution.”

Cheney said Trump “summoned” the mob that attacked the Capitol last week, “assembled the mob, and lit the flame of this attack.”

New York Rep. John Katko was the first Republican to say he’d vote to impeach. A former federal prosecutor, he said he did not make the decision lightly.

“To allow the president of the United States to incite this attack without consequence is a direct threat to the future of our democracy,” Katko said. “I cannot sit by without taking action.”

Also saying they would vote for impeachment were Reps. Adam Kinzinger of Illinois, Fred Upton of Michigan and Jaime Herrera Beutler of Washington.

Sending to the Senate

Once the House passes the articles, Pelosi can decide when she sends them to the Senate. Under the current schedule, the Senate is not set to resume full sessions until Jan. 19, which is the day before Biden’s inauguration.

Some Democrats suggested Pelosi might wait to send the articles and allow Biden to begin his term without impeachment hanging over him. But many other Democrats have urged Pelosi to move immediately.

Senate Democratic leader Chuck Schumer, who will be in charge once Biden is sworn in, suggested in a letter to colleagues Tuesday the chamber might divide its time between confirming Biden’s nominees, approving Covid relief and conducting the trial.

If the trial isn’t held until Trump is already out of office, it could still have the effect of preventing him from running for president again.

Biden has said it’s important to ensure that the “folks who engaged in sedition and threatening the lives, defacing public property, caused great damage — that they be held accountable.”

It’s unlikely, for now, that enough Republicans would vote to convict, since two-thirds of the Senate is needed. Yet some Republicans have told Trump to resign, including Pennsylvania Sen. Pat Toomey and Alaska Sen. Lisa Murkowski, and few are defending him.

Republican Sen. Ben Sasse has said he would take a look at what the House approves, but stopped short of committing to support it.

Other Republicans have said that impeachment would be divisive. South Carolina Sen. Lindsey Graham, long a key ally of the president, has been critical of his behaviour in inciting the riots but said impeachment “will do far more harm than good.”

What impeachment would mean

Democrats say they have to move forward, even if the Senate doesn’t convict.

Vermont Sen. Bernie Sanders tweeted on Friday that some people might ask why they would try to impeach a president with only a few days left in office.

“The answer: Precedent,” he said. “It must be made clear that no president, now or in the future, can lead an insurrection against the U.S. government.”