The majority of those whose roles allow them to work from home could do so until the end of the year, Google CEO Sundar Pichai said. 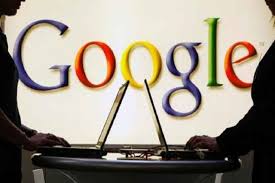 Google and Facebook have decided to allow most of their workforces to stay home and work through the end of this year.

Facebook will open most of its office from July 6, according to a CNBC report.

The social networking giant is in the process of determining which employees will be asked to return to the office. Similar measures are being taken by Google in light of the COVID-19 pandemic.

According to a report in BBC on Friday, Google employees will be able to walk into their offices starting July, but the majority of those whose roles allow them to work from home could do so until the end of the year, Google CEO Sundar Pichai said.

Google's original plan was to keep work from home policy until June 1.

Facebook currently employs 48,268 people, an increase of 28 per cent (year-over-year).

Facebook employees have been working from home since March. According to the company, it would continue to pay hourly employees who may not be able to work because of reduced staffing, office closures, or if they're sick.

According to the report, Facebook CEO Mark Zuckerberg may announce the company's office reopening plan in an official statement soon.

Facebook has already cancelled all physical conferences and events it had planned with 50 or more people through June 2021. It includes the Oculus Connect 7 virtual reality conference in San Jose.

According to Zuckerberg, some of these will be organized as virtual events instead.

"We will share more details on that soon. Similarly, we're extending our policy of no business travel through at least June of this year as well," Zuckerberg said in a statement recently.

The company in an earnings call on April 30 admitted its business has been impacted by the COVID-19 pandemic and, like all companies, it is facing a period of unprecedented uncertainty in its business outlook."We expect our business performance will be impacted by issues beyond our control, including the duration and efficacy of shelter-in-place orders, the effectiveness of economic stimuli around the world, and the fluctuations of currencies relative to the US dollar," said Facebook.

The extension of work from home policies are expected to help some companies to redesign their office spaces to maintain social distancing measures.