The outbreak of the virus in the Islamic republic is one of the deadliest outside of China, where the disease originated. 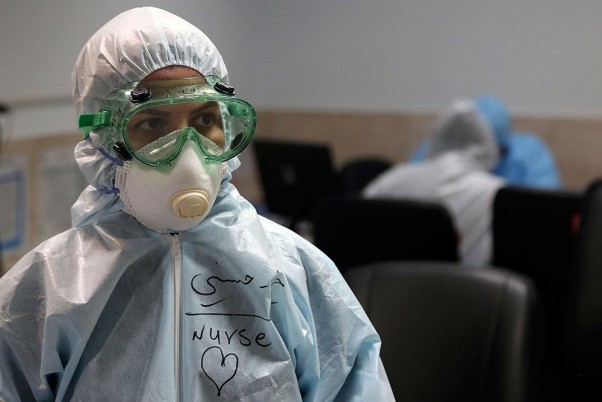 A nurse wears protective gear in a ward dedicated for people infected with the new coronavirus, at a hospital in Tehran, Iran.
AP Photo
AFP March 09, 2020 00:00 IST Bootleg Booze, Rumoured To Cure Coronavirus, Kills 27 In Iran

The outbreak of the virus in the Islamic republic is one of the deadliest outside of China, where the disease originated.

Twenty have died in the southwestern province of Khuzestan and seven in the northern region of Alborz after consuming bootleg alcohol, IRNA said.

Drinking alcohol is banned in Iran for everyone except for some non-Muslim religious minorities.

Local media regularly report on lethal cases of poisoning caused by bootleg liquor.
A spokesman for Jundishapur medical university in Ahvaz, the capital of Khuzestan, said 218 people had been hospitalised there after being poisoned.

The poisonings were caused by "rumours that drinking alcohol can be effective in treating coronavirus," Ali Ehsanpour said.

The deputy prosecutor of Alborz, Mohammad Aghayari, told IRNA the dead had drunk methanol after being "misled by content online, thinking they were fighting coronavirus and curing it."

If ingested in large quantities, methanol can cause blindness, liver damage and death.

Iran has been scrambling to contain the spread of the COVID-19 illness which has hit all of the country's 31 provinces, killing 237 people and infecting 7,161.

According to IRNA, 16 out of 69 confirmed cases have died of coronavirus infection in Khuzestan as of Sunday.

Coronavirus: 15 Million People Under Lockdown In Italy As Death Toll Jumps To 366