'Will Chop off Nails If Anyone Interferes In My Government', Says Tripura CM Biplab Kumar Deb 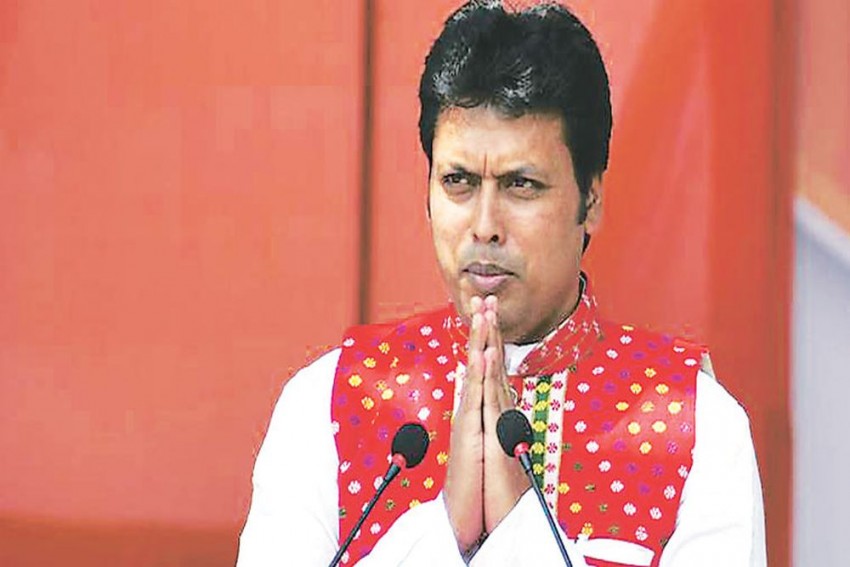 File Photos
Outlook Web Bureau May 01, 2018 00:00 IST 'Will Chop off Nails If Anyone Interferes In My Government', Says Tripura CM Biplab Kumar Deb 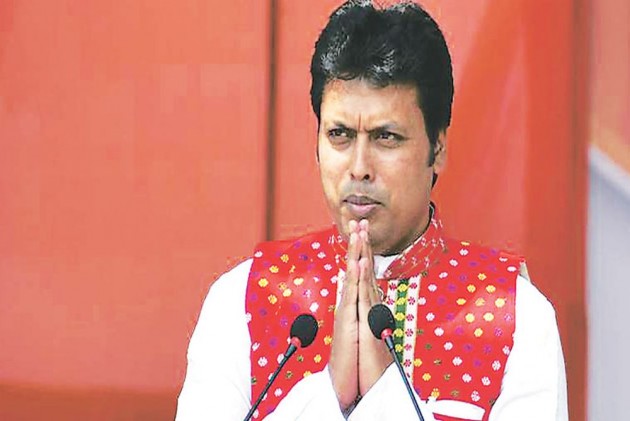 Tripura Chief Minister Biplab Kumar Deb on Tuesday said if anyone interferes in his government or pokes it, he would chop their nails.

In a video that surfaced on Monday, Deb said: “Around 8 am, a vegetable vendor brings bottle gourd to the market. However, it gets rotten by 9 am due to repeated digging of nails by customers. I will not allow this to happen with my government. If someone pierces or interferes, his nails would be chopped off. No one can touch my government.”

Biplab Deb, who is in the news for his series of controversial statements, has been summoned by Prime Minister Narendra Modi on May 2.

Last week, he had to apologise for his demeaning remarks on Diana Hayden while faulting Miss World Competition.

According to reports, while speaking at a design workshop in Agartala, the chief minister had ridiculed Diana Hayden questioning her 'Miss World' title which she won 21 years ago.

Deb, however, praised Aishwarya Rai, who won the Miss World crown in 1994, saying she has represented the Indian women in the true sense and truly deserved the title.

Later, he apologized saying, "I was talking about the people working in the handloom sector, even they need marketing don't they? I did not intend to hurt anyone. However, if I have, I apologise for the same" Deb told the media.

His comments came days after Prime Minister Narendra Modi cautioned the BJP leaders to steer clear of controversies and not offer "masala" to the media by making irresponsible statements.

Earlier this month, Deb, an arts graduate, had claimed that Internet and satellite communication existed in the days of Mahabharata.

On Sunday, Deb advised the youths of Tripura not to waste their crucial time going after government for jobs and, instead, milk cows for livelihood. He also suggested the youth of the state, especially the educated section, not to run behind politicians for government jobs, rather become self-employed.