Chasing a big target of 322 runs, Bangladesh got off to a good start against West Indies in their ICC Cricket World Cup 2019 group match with Tamim Iqbal and Soumya Sarkar posting a 52-run opening stand inside the ninth over. Then, Shakib Al Hasan arrived 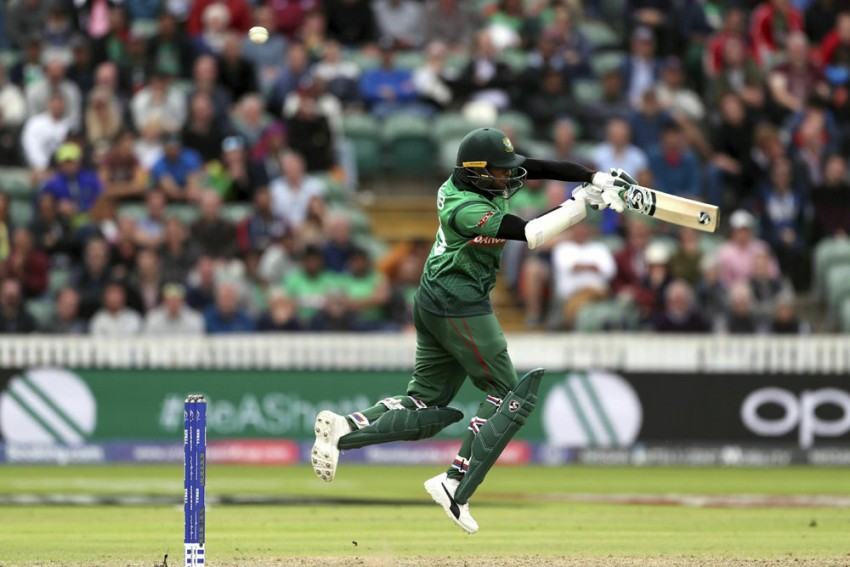 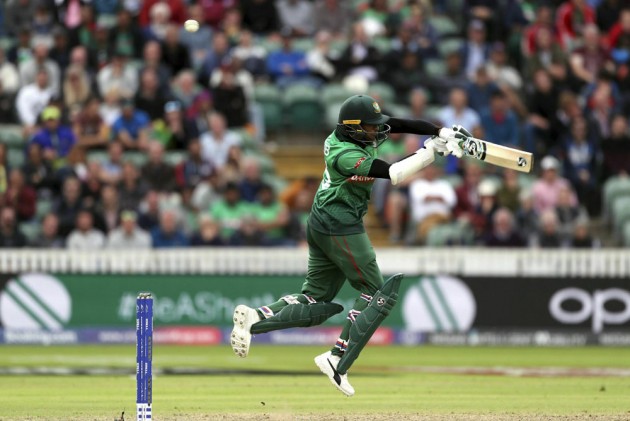 Chasing a tall target of 322 runs, Bangladesh got off to a good start with openers Tamim Iqbal and Soumya Sarkar posting a 52-run opening stand inside the ninth over. Then, Shakib arrived. And they won by seven wickets with 51 balls remaining.

The top-ranked all-rounder did lose a couple of partners in Iqbal and experienced Mushfiqur Rahim, but he continued to play exhilarating shots against a bowling attack which has the likes of Sheldon Cottrell, Jason Holder, Andre Russell, etc.

Also Read: What To Expect This Week

He now has scores of 75, 64, 121, 124 not out in the tournament. The 32-year-old reached his second successive hundred with a four off the last ball of the 34th over as Bangladesh inched closer to a big win. He took just 85 balls.

Earlier, he took two wickets during West Indies' innings, those of Evin Lewis and Nicholas Pooran -- each time, breaking a burgeoning stand.

And fans can hold themselves back. Here are some reactions.

Brilliant century, full of sumptuous shots, from Shakib. Very very watchable. Bangladesh on the highway to an easy win

This performance by Bangladesh is simply stunning... Shakib is a world class player... He cud walk into any side.. absolutely any .. brilliant.. #BANvWI #WIvBAN #CWC19

Pakistani batsmen must learn from Bangladeshi batsmen how to build an innings and chase 300 plus runs. Shakib on current form is the MVP of #CWC19 https://t.co/BeEbb4OrTy

What an outstanding and consistent cricketer #Shakib has been over the years. He becomes the quickest to 6000 runs & 200 wickets in ODIs.#WIvBAN #CWC19 pic.twitter.com/c7LRlrUjgV

Finch, Kohli, Warner, Rohit, Williamson, Root, Smith, Roy, Buttler all playing at the World Cup, but it's the brilliant Shakib Al Hasan who is the leading runscorer in the tournament #CWC19

This has been one heck of a knock from Shakib. Will inspire lots of kids from Bangladesh. Played, @Sah75official!#WIvBAN

Despite his brilliant numbers and ability to win matches single-handedly, Shakib remains one of the most underrated stars of world cricket.

Shakib made his international debut in an ODI match against Zimbabwe at Harare in 2006.

ICC Cricket World Cup 2019: Humble KL Rahul Climbs The Order For India But Keeps His Feet On The Ground