Why Instead Of Hope, Karnataka Brings More Worries Over Health Of India’s Democracy

Never before in the past, a political party has taken credit for its ability to ‘buy’ the support of elected legislators. The absence of media censure of it clearly shows the manipulation of electoral results has become the new normal in the country. 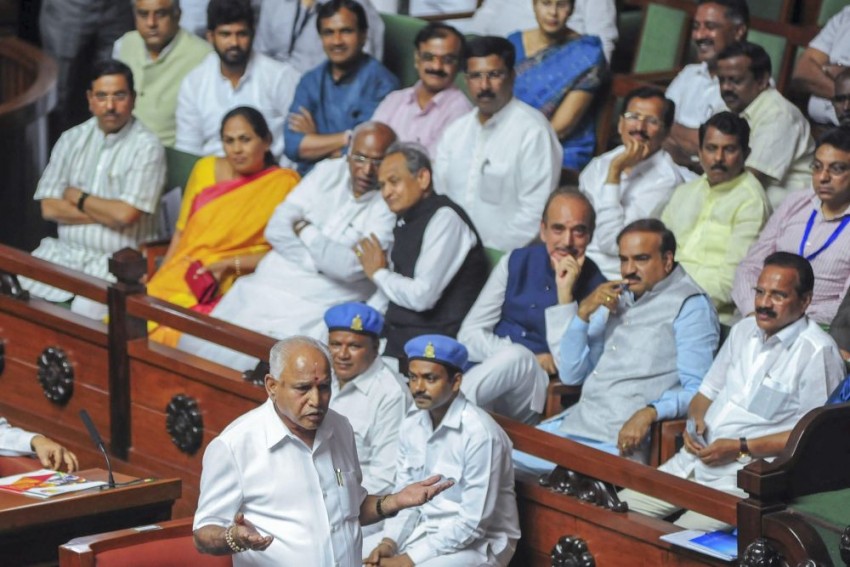 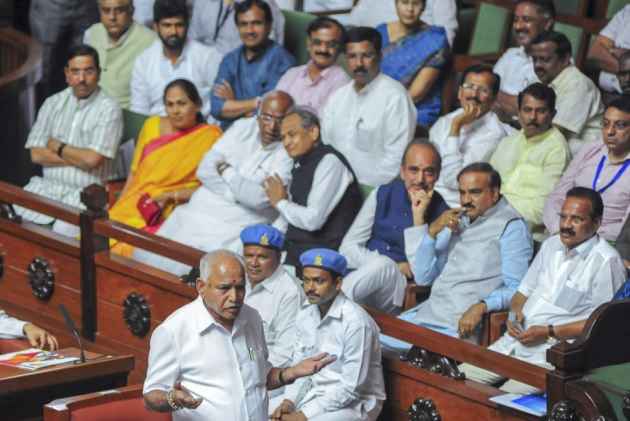 In Karnataka, the resignation of BS Yeddyurappa as Chief Minister before being able to prove his majority in the legislative assembly has somewhat shown that India still possesses institutional resilience to hold on to its democracy. However, Karnataka experience also shows that the threats to Indian democracy is not subtle and sugar-coated anymore. It is true that there were several instances in the past, when Governors had not acted the way they were expected to according to the constitutional norms and principles. However, since 1990s, the coalition politics and increasingly more independent judiciary had restrained the center’s urge to use state Governors for partisan politics. That positive democratic development of a federal country like India came to a halt in 2014. BJP having a majority in the Parliament on its own under the leadership of a ‘strongman’ Prime Minister Narendra Modi has brought back the role of Governors as destabilizers and spoilers of democratic process.

In 2014, when BJP came to power in Delhi, the party was ruling just 7 states. Now, it is in power on its own or shares it with other parties in 21 states. BJP has won elections in several states convincingly, but in some others states like Goa, Meghalaya and Manipur, it has used pliant Governors to grab the power. The blatant misuse of the Governors, instead of being criticized, was being seen by media and political pundits as efficient and powerful political management of Prime Minister Modi and his alter ego and BJP President Amit Shah. However, when Karnataka gave a fractured verdict, though number was clearly against BJP after Congress and JDS decided to join hands, it was widely believed that BJP will still come to power. A powerful general secretary of BJP even in a TV interview openly boasted that number is not an issue for them because their party President is Amit Shah. Never in the past, a political party had taken the credit for its ability to ‘buy’ the support of elected legislators. The absence of media censure of it clearly shows that the manipulation of electoral results by the ruling party has become the new normal in the country.

When Karnataka Governor invited Yeddyurappa to take the oath of office, a large section of media not only justified it, but also became openly hopeful that Modi-Shah led BJP would be successful to ‘manage’ the numbers. Thanks to the intervention of the Supreme Court, the BJP was not successful in poaching enough MLAs to add Karnataka to its kitty. But, BJP was very open about its intention and plan, not only when the Governor gave 15 days to Yeddyurappa to prove the majority in the House, it also asked the Supreme Court bench’s permission for secret voting, and even went on to argue that defection law is applicable to MLAs only after they take their oaths. More than BJP’s blatant desire and open expression to grab the power at any cost, it is more worrying that public discourse in the country does not consider this behavior unacceptable and a threat to India’s increasingly fragile democracy.

It is true that the Supreme Court performed its role admirably in the case of Karnataka. Its overnight hearing to reducing the number of days for floor-test and insisting on uninterrupted live telecast of Assembly proceedings helped Congress and JDS to be able to withstand BJP’s brazen attempts of engineering defections. But, due to strict separation of power, judiciary has its limitation as it was exposed in it not being able to stop Yeddyurappa taking the oath of office and also the controversial appointment of pro-term speaker by the Governor. Moreover, serious questions are being raised over the independence and impartiality of the country’s judiciary in recent months, even by four senior most judges of the Supreme Court. In this context, it is worrisome that the political leadership of the country is taking pride in openly engaging in unconstitutional means to grab power. Public discourse, instead of being critical is considering it as a virtue of a strong and capable leader.

In its love for a strong leader, India is following the global pattern. The world is now experiencing a wave of democratic decline. Strong men syndrome has become quite popular from USA to Turkey, from Hungary to Poland, from Turkey to the Philippines and from Russia to Japan. Even Malaysian electorates have reelected a 92-year old strongman, who had gone on political retirement for nearly two decades, as their Prime Minister. The strong desire for rapid economic growth and with the help of which being able to be recognized as a global power has also pushed India to look for a ‘strong’ leader and ignore country’s democratic norms and values.

Making if further difficult for the supporters of democracy in India as well in other parts of the world, there is a revival of that old belief that democracies are not good for economic growth. Asian financial crisis in late 1990s and India’s remarkable economic progress in the first decade of this century had brought an end to this careless but catchy assumption.However, the growing political and social unrests in the West have brought back that debate again. In a new book, economist Dambisa Moyo argues that democracies have failed to deliver economic growth due to never-ending elections, incompetent leaders, unaware voters and short-term planning and that is the reason why voters in many countries find authoritarian leaders are more trustworthy than democratic politicians. Authoritarian leaders are being trusted by increasing number of voters in almost all over the world including India, but it is wrong to argue that democratic chaos is an impediment for any country’s economic development and for it to be able to get its rightful place in the global power table.

As history suggests, neither democracy nor dictatorship is a necessary condition for a country to achieve economic growth and to be a global power.There is no doubt that India had experienced spectacular economic development and improved its global standing under politically fragile leaders like Narasimha Rao, AB Vajpayee and Dr. Manmohan Singh and while the country was going through a noisy democratic churning process.Indian economy to grow does not need an all-powerful authoritarian system and the country to be ruled by a ‘strongman’. But, the stability survival of a hugely diverse country like India are heavily dependent upon country maintaining its democratic character.Thus, India just cannot afford to undermine its democracy in the search of a mirage. Unfortunately, in spite of Supreme Court’s powerful intervention to make its democracy work, Karnataka has raised further doubts over the health of India’s democracy than ever before. For democracy to last, public discourse in India has to recover fast from its fascination of the global pandemic of ‘strongman’ syndrome.

The writer is professor of Peace and Conflict Research at Uppsala University, Sweden. Views are personal

Kumaraswamy To Take Oath As Karnataka Chief Minister On May 23