When it comes to the cause of suicide, Andaman and Nicobar tops the chart by recording the highest suicides rate due to illness. 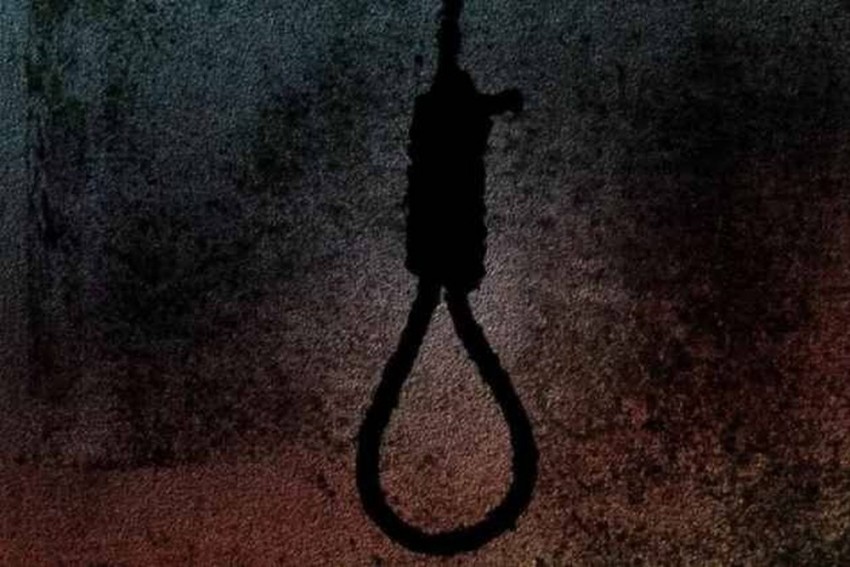 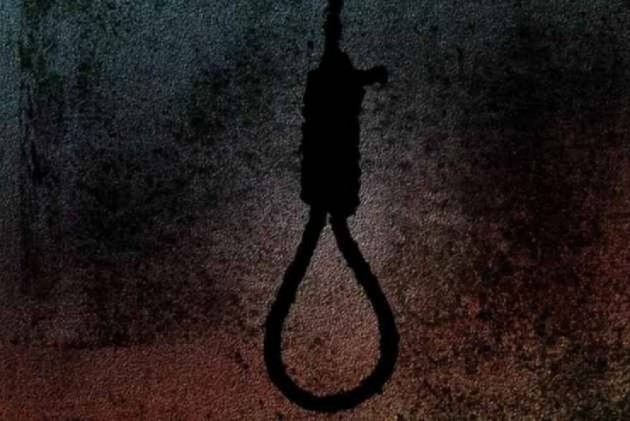 The year was 1988. Ayushman (name changed), in his late 20s from Diglipur, Andaman and Nicobar, was diagnosed with small cell lung carcinoma -- lung cancer.

Life, it seemed, had stopped for him as its treatment -- chemotherapy -- was expensive and rare in those days. Yet, with immense support from his family, he soon found himself undergoing the therapy.

Ayushman had all but given up. His family, on the other hand,  had hopes that he would recover one day. But, one morning in 1989, almost a year after he had begun his chemo, it came as a rude shock to the family to find Ayushman hanging by a rope from the ceiling fan.

According to the latest record of National Crime Record Bureau, Andaman and Nicobar Islands stands third in the rate of suicide in India after Pondicherry and Sikkim. But when it comes to the cause of suicide, Andaman and Nicobar tops the chart by recording the highest suicides rate due to illness. The suicide rate is the number of people committing suicide per capita in a state or union territory in any given year. The state with the second-highest rate of suicides due to illness is Kerala. 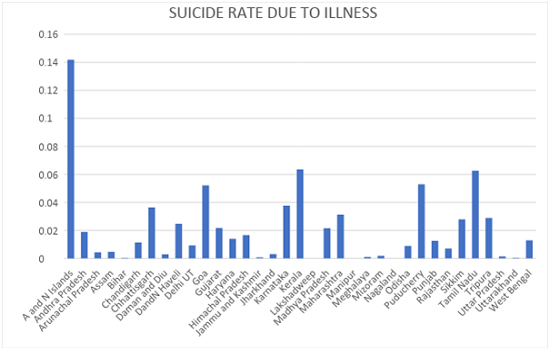 In 2014, of the total 155 cases of suicide in Andaman, 54 cases were reported to be on account of an illness like AIDS, paralysis, cancer, mental illness, other prolonged illness etc. In the same year, a total of nearly twenty-three thousand suicides due to illness were reported in India. The union territory that accounts for only .031% of the total Indian population (as per 2011 census) has a record of 0.23% of suicide due to illness.

According to data, the average rate of suicide due to illness in Andaman within a span of five year period between 2010 to 2014 was close to 50. 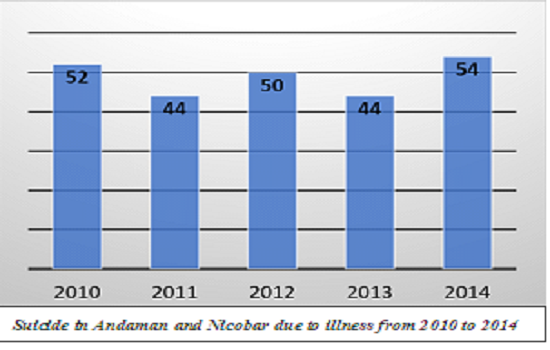 Of all types of clinically detected illness, the mental illness or insanity patients commit suicide the most. Mental illness accounts for nearly 123 deaths -- 50% of the total suicides -- of 244 suicides reported due to illness in Andaman from 2010 to 2014. This is followed by various other prolonged illness claiming nearly 113 lives in these five years. 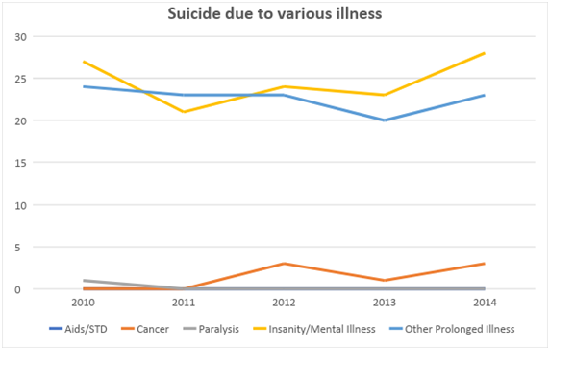 One might believe that it is the lack of access to adequate medical care that pushes people to take their own lives. Surprisingly, the territory stands third in per capita medical facilities among the Indian states and union territories.

As per the government records, for a population of nearly 3.8 lakh people, there are a total of 36 hospitals and other medical units. This is in addition to the primary health centres, private medical practitioners and private nursing homes. 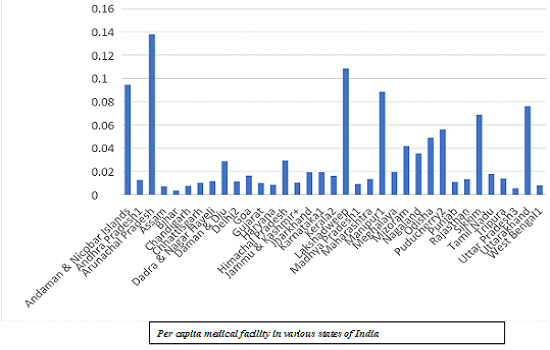 What do the doctors say?

“The problem is in the mindset of the people,” said Dr RC Kar, who is a retired medical officer of central government hospital and currently, a practising physician.

“People fail to accept the patients suffering from serious diseases like cancer, AIDS or other prolonged illnesses. They look down upon them, some way or the other. Feeling isolated and marginalised from society these patients lose their desire to live. I have seen a few cases where the patients were undergoing chemotherapy, but they didn’t have adequate support from the family members and after a point of time they committed suicide,” he further added.

Doctors, pointing out a curious trend in the suicide pattern of Andaman, say it is mostly during the festive season that people commit suicide pointing to the fact that perhaps it is the crumbling social life that might lead people to end their lives.

“The medical cases mostly are treatable and yet the patient commits suicide. In the month of November and December, the suicide rate surprisingly goes up and we are yet to figure out the reason behind that,” Dr Anwar Moosa said.

Clarifying that the medical system in the island territory is not to be blamed for the rising rates of suicides on accounts of illness, Dr Moosa said, "To ensure that even people from the remotest village get a proper medical facility, we have helicopter services from the government."

Agreeing, Dr Bairagi said, “We have made all the medical facilities in the government hospitals free. Be it any medical tests or medicines everything is free for the residents of the island.”

But is it always the physical illness that forces the victim to take such a drastic step?

“I think it is mostly due to mental illness like frustration rather than the physical illness that contributes to the suicide rate,” Dr H Charles from BJR hospital said.

“People often become very short-tempered due to this and thus take some drastic decisions like hanging, poisoning and self-burning,” said Dr.Charles.

Psychiatrist Dr.Kushal Baidya said, “Unfortunately, even best medical facilities don’t ensure prevention of suicide. Multiple factors are at play which leads to suicide. Lack of awareness about psychiatric illness, the stigma attached to the disease and lack of information about treatment options available all together can lead a person to commit suicide.”

Many are even of the opinion that isolation of this island territory plays a major role in mental illness which ultimately leads to suicide.

“One of the major reasons for depression among people here is the isolation of the place. Thus, people are hardly involved in any activities or recreation. Due to this, many people fall prey to various addictions mostly alcohol that leads to multiple health issues. Mostly, suicides are committed by patients who alcoholic,"  Psychiatrist Dr Nitesh Behari, GB Pant Hospital, Port Blair, said.

Taking the case of cancer patients doctor Behari hints at how isolation on the island might be a cause that drives the people to take the extreme step, "Cancer treatments are free here, yet patients suffer depression and end up committing suicide. Thus, we often refer cancer patients to the psychiatry department as well. There may be a lack of social support for them leading to depression,” he said.